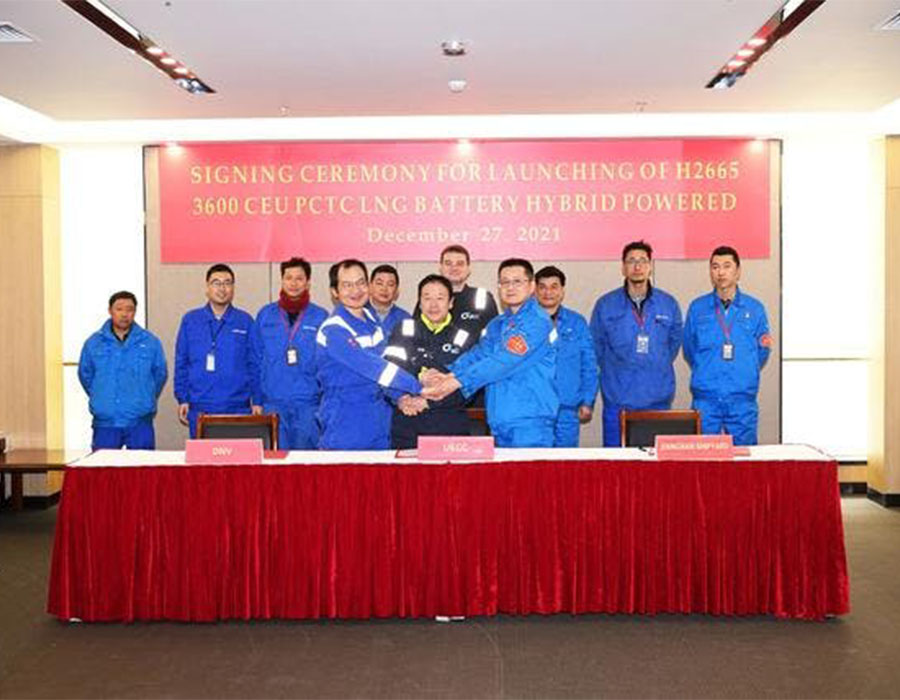 UECC on Wednesday (5 January) celebrated the New Year with the launch of the third and final newbuild in a series of advanced dual-fuel LNG battery hybrid PCTCs that are being rolled out in at China’s Jiangnan Shipyard.

The landmark launch of hull number H2665 on 28 December comes seven months after the keel-laying ceremony for the vessel and follows the recent final delivery of the first newbuild named Auto Advance, with the second and third vessels set to be delivered in the first half of 2022.

“We are rapidly building up our low-emission fleet to become the leading eco-friendly shortsea carrier in Europe through the addition of these newbuilds that will, alongside the use of alternative fuels on our existing vessels, drastically reduce UECC’s environmental footprint,” says chief executive Glenn Edvardsen.

He also paid tribute to the “monumental efforts” of Jiangnan Shipyard in overcoming logistical supply chain and manpower capacity obstacles caused largely by the Covid-19 pandemic to ensure the newbuilding programme remains on schedule with the latest vessel launch.

“The first of these ground-breaking newbuilds is already in commercial operation and UECC’s ambition to take our fleet to the next level of environmental performance by mid-2022 remains firmly on track thanks to the yard’s adaptability, expertise and productivity,” Edvardsen adds.

The second of the newbuilds is now in the final stages of construction after being launched at the yard last summer and, when all three are delivered, UECC will have a total of five eco-friendly PCTCs out of its owned fleet of nine vessels – also including two dual-fuel LNG units that have been in operation for the past five years.

The innovative use of battery hybrid technology, combined with a dual-fuel solution, on the latest newbuilds will enable these vessels to exceed the IMO’s goal to cut carbon intensity by 40% within 2030 compared with 2008 levels.

Emissions of carbon dioxide will be reduced by around 25%, SOx and particulate matter by 90% and NOx by 85% from the use of LNG, while the newbuilds will also meet the IMO’s Tier 3 NOx emissions limitations for the North Sea and Baltic Sea.

As well as pioneering the use of this advanced technological solution together with Jiangnan, UECC has experimented with low-carbon fuels such as biofuel on its existing PCTC Autosky that has resulted in a 58% reduction in carbon intensity over a 12-month period.

The European shortsea ro-ro carrier is also looking to extend the use of the fuel to other vessels based on possible trial cargoes backed by customers, according to energy and sustainability manager Daniel Gent.

“We are taking advantage of available dual-fuel and hybrid technology with these newbuilds while proactively adopting existing low-carbon fuels on our operational vessels to make a difference for the environment right now,” Edvardsen says.

“With the likely implementation of the EU’s Emissions Trading System for shipping from 2023, we believe these efforts will also represent a competitive advantage for UECC going forward amid increasing demands from customers, regulators and financial institutions for green operations.” 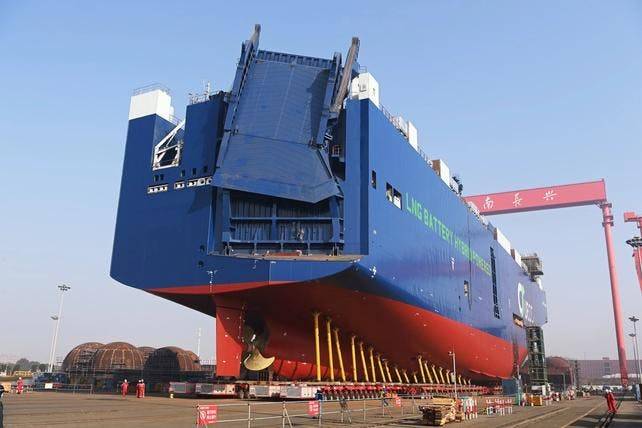 Novatek purportedly stated LNG is not only more cost effective as a bunker fuel but also complies with new, stricter environmental measures in the region.

A Gibraltar supplier is expected to have limited volumes to supply until the end of the month, and pre-winter heating oil demand continues to support bunker prices.

HMD now reviewing other types of vessels for LNG-fuelled application, such as bulk carriers and container ships.