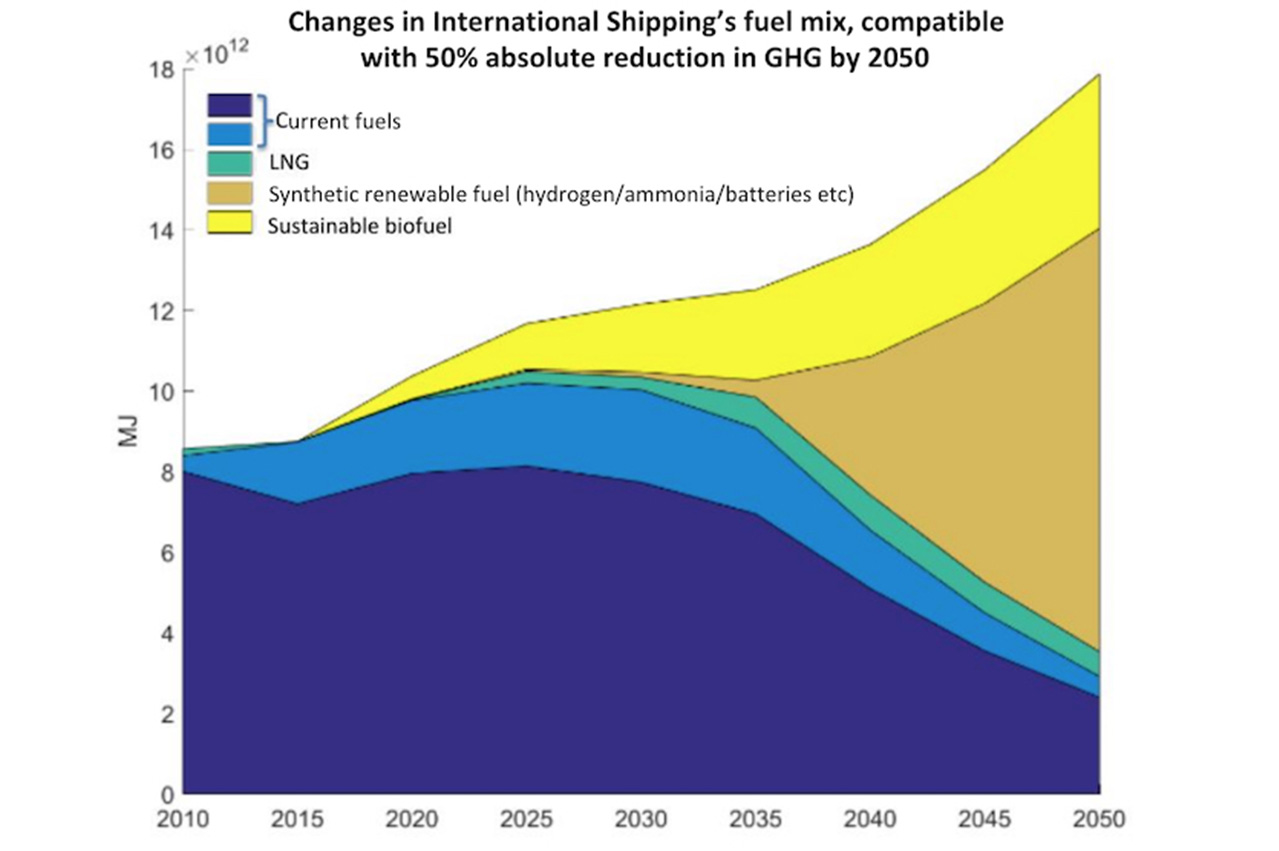 The following is an article by the UCL Energy Institute to explain the climate agreement between nations at the International Maritime Organization MPEC 72 meeting:

How ambitious is this agreement?
The IMO deal reached in London represents a significant shift in climate ambition for a sector that accounts for 2-3% of global carbon dioxide emissions. It sets an emission reduction pathway of “at least” 50% on 2008 levels by 2050 with a strong emphasis on increasing the cut towards 100% by 2050 if this can be shown to be possible. This is approaching the ambition of the UN’s 2015 Paris Agreement.

While we can say this deal puts shipping on course for a 2C pathway, it’s important to remember Paris targets “well below” 2C and aims for 1.5C, so this is no time for complacency. Full decarbonisation by mid-century remains the minimum course for 1.5C, an object which if missed, creates existential threats for some countries and environmental and socio-economic threats for all.

Critically the deal signals to the industry – and particularly investors – that a clear switch away from fossil fuels is now on the cards. From the 2030s, it is highly unlikely that new ocean-going vessels will be dependent on fossil fuels. Rather we will be looking at zero carbon renewable fuels to power the world’s fleet. If you are building a ship or planning to build a ship in the 2020s it will likely need to be able to switch to non-fossil fuels later in its life, a factor insurers and shipping financiers will need to consider in their business plans through the next decade.

Is a 1.5C pathway for shipping still on the table?
The Strategy does not alone secure 1.5C or clearly show that efforts have been pursued to achieve this. The Strategy increases the possibility of being able to keep global average temperature increases within this limit. Immediate measures to implement the Strategy will be required to urgently peak and reduce GHG emissions in line with 1.5C. The Strategy will be reviewed in light of the UN’s IPCC 1.5C report in September, which will likely be helpful for strengthening it. Critical to the viability of 1.5, is whether the Strategy is converted into significant GHG reductions before 2023, and this is dependent of the outcome of future IMO meetings and their ability to agree and then rapidly deploy policy measures.

What does the at least 50% figure mean?
It refers to at least 50% GHG cuts by 2050 on 2008 levels, which is the agreed baseline year for shipping GHG. Under the below 2C Paris temperature goal, 50% cuts mean shipping’s share of net CO2 emissions is likely to grow from its current 2-3% to around 10% by mid-century. This could still help achieve the below 2C temperature goal if other sectors and countries are able to reduce emissions faster. Further strengthening of the Strategy using evidence arising over the next 5 years could see the sector’s commitment increase to 100% reduction by 2050.

Which country’s proposed target ‘won’ at MEPC72?
As you’d expect in a multilateral negotiation, the decision reached is a compromise. The outcome is not as ambitious as the 70-100% targeted by Pacific Islands and European countries, but is more ambitious than the 50% by 2060 initially proposed by Japan and other parties. The final decision received almost unanimous support from the IMO’s member states and from industry.

How will the sector deliver the at least 50% goal?
Now that the Initial Strategy is adopted, IMO is expected to start developing GHG reducing legally binding measures, which could include measures to increase ships’ technical and operational energy efficiency, a low and zero-carbon fuels implementation programme, national action plans and market-based measures. These measures would be in addition to the existing IMO measures on energy efficiency.

A new IMO data collection system for fuel oil consumption of ships has come into force on 1 March 2018, which will mean the fuel consumption of all major vessels is reported and totalled. The IMO’s regulations are likely to be supported by voluntary action in the sector and by governments on their domestic shipping, which can help drive technology and infrastructure developments required for the Strategy’s objectives.

When does this deal kick in?
The IMO has agreed to achieve GHG reduction before 2023. This will require rapid development of policy measures, and deployment as soon as possible. The IMO’s 4th greenhouse gas study is due to be completed in 2020 and may be used to define what immediate policy action is required.

Is everyone on-board?
An overwhelming majority of countries at the IMO fully support this deal. Saudi Arabia, USA, Brazil were the only ones to raise specific objections as the talks closed, but the decision was adopted by the IMO’s Marine Environment Protection Committee, which means it is now an official decision.

Will we see carbon pricing in the near future?
The Strategy mentions market-based mechanisms as one of the policy options that will be discussed in the coming years. These have promise for both making a business case for the switch to more expensive fuel/technology, and raise funds for R&D, deployment and infrastructure development, and potentially addressing economic impacts if these arise in certain states. Other policy measures that could achieve similar outcomes will also be explored, so a carbon price is not certain.

What will the ships of 2040 look like?
They will look very different to today’s ships. It’s hard to predict exactly what the next 20 years will bring, but we could see a diverse shipping fleet powered by hydrogen, ammonia, batteries, sustainable biofuels and sail. There are a range of innovative technologies being rolled out by market leaders already and we can expect the curve of technological development to only increase with this decision.

What does it mean for the sector?
The deal moves the debate on action on GHG from just talking about energy efficiency. The shipping industry will now have to confront the very real and imminent prospect of following other transport sectors in decarbonising and investing in new technologies that radically cut emissions. It’s clear there is a massive investment opportunity for the sector to bring itself up to speed with this set of Objectives. This opportunity could be both for technology and fuels, as well as for companies in the maritime industry that can show that they are prepared for and managing this period of change.

Will this hurt world trade?
It’s unlikely we are going to see an immediate shift in transport costs. On average globally, prices are unlikely to increase to as high as they did when the price of oil soared in the 2000s. There is also the potential that the move to new energy sources and higher standards of environmental governance could reduce volatility in shipping and transport costs. However, there needs to be further work to confirm this assessment, especially on specific countries with strong links between maritime transport cost and their economies.

But if shipping can manage its decarbonisation in an equitable and coordinated manner, then trade there is a good opportunity for trade growth to continue and to assist globally with economic development and the fulfilment of Sustainable Development Goals.

Developing countries – is this a deal that will hurt them?
If there are increased costs in transport, these are most likely to be significant in the poorest and most remote SIDS and LDCs, due to their often remote and poorly serviced trade routes, high dependency on imports, already disproportionally high per capita transport costs, and low ability to absorb increased prices without significant social welfare impacts. Discussions for how these economic impacts could be assessed and, if necessary, addressed will be a critical part of discussions through to 2023.

MEPC 74: Talks on carbon emissions at Arctic pushed to PPR 7

Advises on a uniform approach to fuel oil testing and reporting protocol to verify sulphur limits.