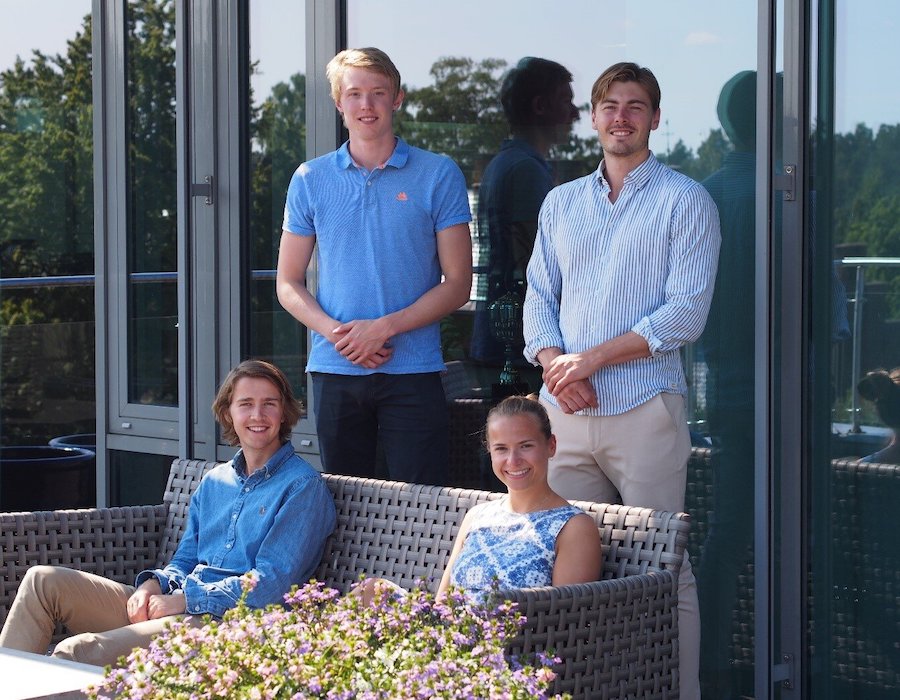 After working on the project over the summer, the students shared their findings at the Norwegian Shipowners Association this week presenting two potential concepts.

Concept 1: Ammonia as an energy carrier in the future

The company noted a common factor for both fuels is that they can be produced solely by green energy in the future.

The transition to zero emission fuels could potentially become expensive, which in turn may make shipowners, governments and other relevant stakeholders more reluctant to invest in and try out new technologies and fuel types.

To illustrate the likely costs for end-users the students used the example of a car:

In order to build a car, you would need a certain amount of aluminum, which requires raw materials to be carried by sea.

With rising fuel prices, a large car (consisting of a substantial amount of aluminum) would not increase in price by more than approximately 30 USD, most likely, a whole lot less.

“We realized that zero emissions doesn’t have to be expensive for the end user, even with more expensive fuel types such as ammonia or methanol which were the two options we explored,” said the students.

“There are viable alternatives out there, zero emission technologies are just around the corner, and reducing GHG emissions to zero would most likely not be too costly to do – at least not for the end user.

“But to pull it off, politicians, regulators and policymakers must act swiftly and come together and agree on how they can best support this change through appropriate initiatives, regulations and incentives”.

To assess bunkering convenience and safety of future ship fuels such as LNG, hydrogen, ammonia and biofuels.

The first objective for e5 Lab will be to build the world's first zero-emission tanker by mid-2021, they say.