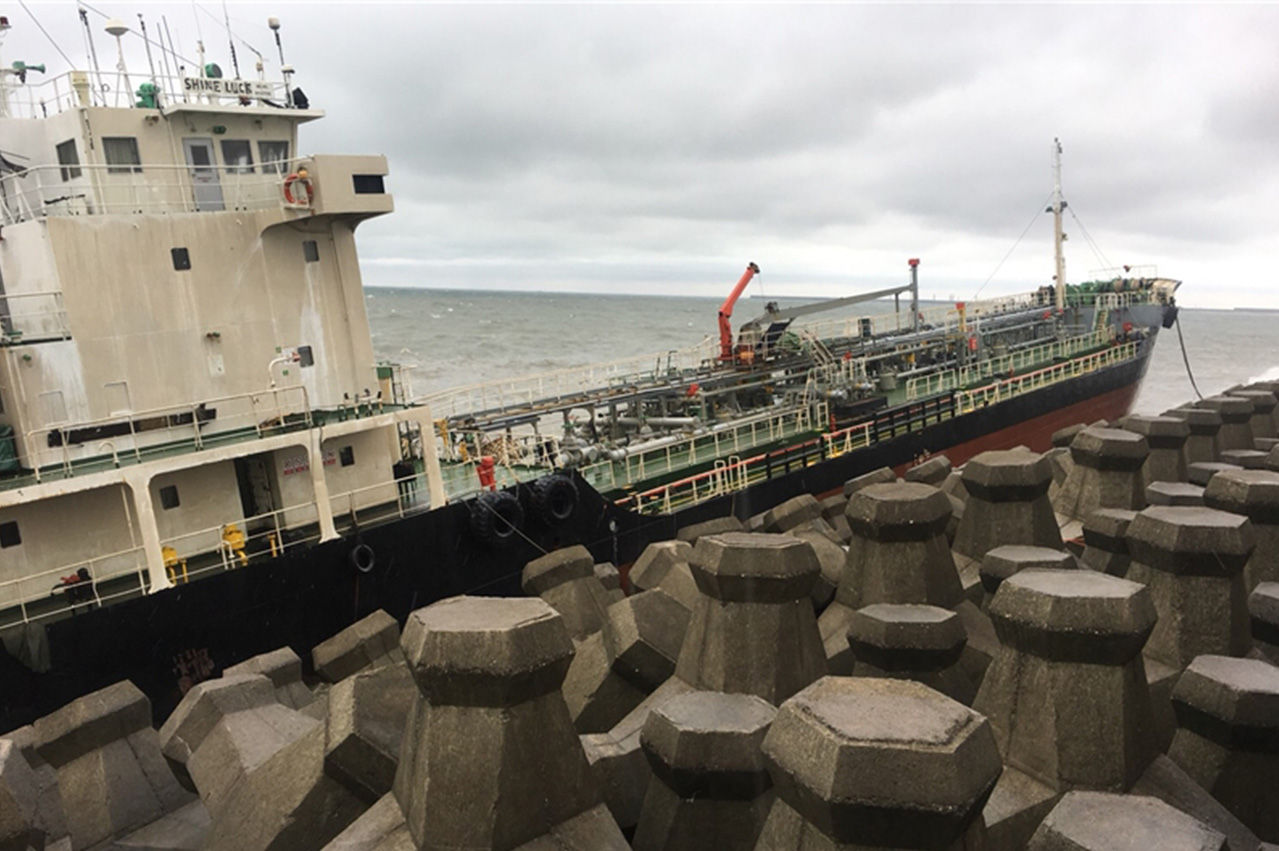 Two oil tankers, 19 Winner and Shine Luck, were beached at Kaohsiung, Taiwan on Thursday evening after a heavy storm, according to a report from the country’s Maritime and Port Bureau (MOTC) on Friday.

The 5,245 dwt Sino Marine owned Panama-flagged Shine Luck was not carrying any cargo, but was pinned against concrete tetrapods along the coast at Xiaogang district; MOTC suspected the vessel to be leaking bunker fuel.

“Oil smells [were present from Shine Luck] the water surface is visually a little oily, and the starboard side of the hull is lying on the wave block,” it notes.

Cargo tanks of the 3,042 dwt Azer Enterprises owned Fiji-flagged 19 Winner was empty during the time of grounding; the vessel was beached on Linyuan Beach and is reported to be in stable condition.

The Mayor of Kaohsiung city, the Commissioner of the Oceans, and the deputy director of the Harbor Bureau have inspected the sites and are planning debunkering operations of both ships with relevant stakeholders.

US Gulf Coast ports are well supplied amid a ramp-up in production, and availability has improved with incoming cargoes in Panama’s main ports.