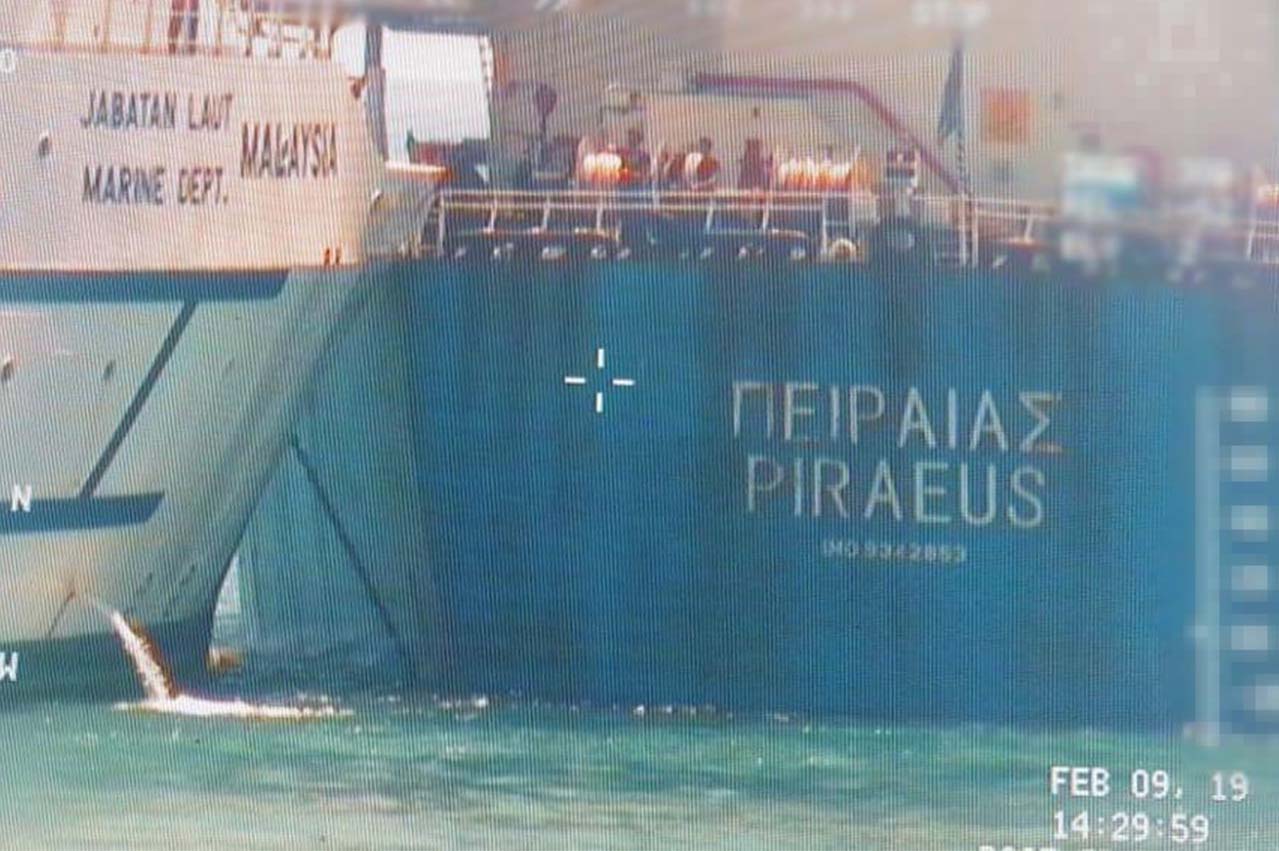 The Greece-registered bulk carrier Pireas collided with the Malaysian Government vessel (Marine Department Malaysia) Polaris in Singapore Territorial Waters off Tuas at 1428 hrs (Singapore time) on 9 February 2019 after a bunkering operation, according to the Maritime & Port Authority of Singapore (MPA).

After refuelling at Singapore’s eastern bunkering anchorage south of Bedok, Pireas declared to MPA that its next port of call was to be Tanjung Pelepas.

At 1355 hrs, Pireas entered Singapore Port Limits off Tuas; it then slowed down, changed direction and collided with Polaris.

“At this point, Pireas reported that prior to contacting MPA POCC, it had collided with Polaris and there was no damage to its vessel.

“Pireas informed that the collision occurred when it was making a manoeuvre to get out of the area.

“As the collision incident was not considered a very serious marine casualty incident under the International Maritime Organization (IMO) Marine Casualty Investigation Code, the vessel was allowed to proceed with its journey to Tanjung Pelepas.”

In addition to sending official notifications to both the Marine Department Malaysia and Greece’s Hellenic Bureau for Marine Casualties Investigation to inform them about the incident, MPA is also gathering and reviewing information such as the vessel records and video footage of the collision and has requested a formal incident report from both vessels.

MPA has also contacted Pireas’ agent in Singapore to assist in the investigations.

There are no reported injuries or oil leakage.

In response to media queries on the collision between MV Pireas and the Malaysian Government vessel Polaris, a Singapore Ministry of Foregin Affairs spokesperson said:

“The collision between MV Pireas and Malaysian Government vessel Polaris took place in Singapore Territorial Waters off Tuas, and in an area that goes beyond Malaysia’s territorial claim of 1979, which Singapore has never recognised,” he notes.

“Singapore reiterates its call for Malaysia to withdraw its vessels from the area, as the persistent presence of its vessels clearly poses a threat to safety of navigation in the area.

“As we have said previously, Malaysia will be responsible for any untoward situations on the ground that arise from continued deployment of its vessels into this area.”