Singapore can become a centre of excellence in methanol bunkering 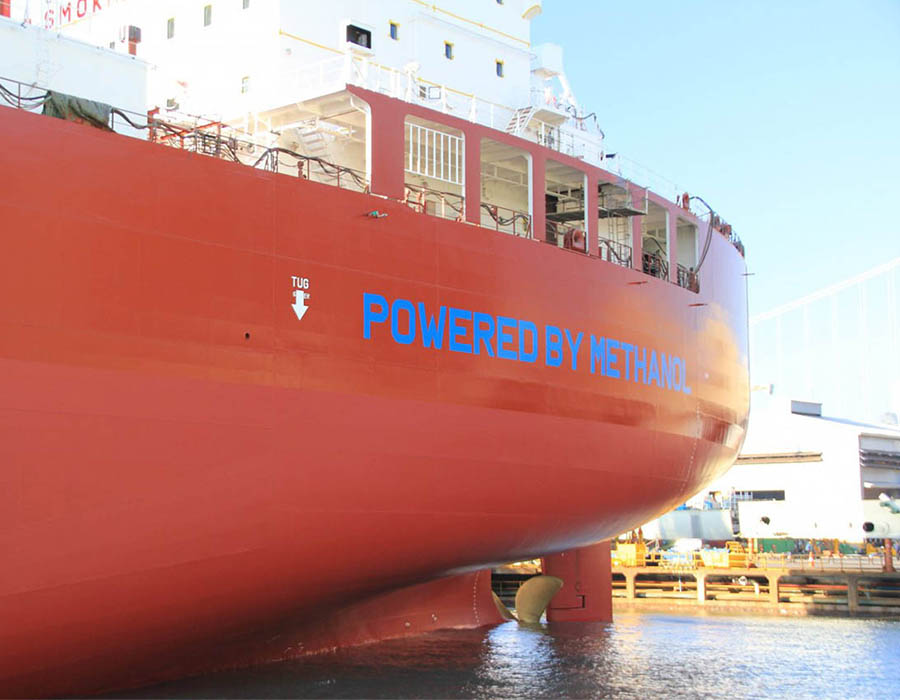 The Methanol Institute recently wrote an article highlighting next generation bunkering opportunities for methanol in Singapore. It was written by Chris Chatterton, Chief Operating Officer at Methanol Institute Singapore, and shared with Manifold Times:

All countries want to move the dial on decarbonisation but few are as uniquely placed to do so as Singapore. As the world’s leading bunker port and a key gateway on the Asia-Europe trades, it sits amid the world’s fastest growing markets.

That growth also makes it a critical player in reducing greenhouse gas emissions both in the region and on a global basis. The decision by large container lines to build ships that will use Methanol as marine fuel illustrate that Singapore has a limited window in which to adapt its bunkering infrastructure and lower emissions in the port.

Methanol is a liquid fuel, safe and simple to handle with standardised training and minimal conversion of existing bunkering infrastructure required. It has the ability to reduce in-service carbon emissions and comes with a pathway to renewable products that provides the net carbon neutral fuel that the liner operators will use. It is also fully compliant with sulphur emissions under IMO Marpol Annex VI.

It has regulatory approval under the IMO’s IGF Code and the 55 dual fuel Methanol engines in service and on order from MAN demonstrate that owners see it as an important component of the energy transition. Wartsila has recently unveiled its W32 engine which will be available as a methanol dual fuel version, with other models to follow over the next two years.

The latest discussions at IMO, which are moving towards accounting for maritime carbon emissions on a well-to-wake basis, are prompting producers of renewable Methanol to see maritime as a market with long term potential.

Discussions at the recent Asia Pacific Maritime event indicated a heightened level of interest in methanol among policymakers and a realisation that while Ammonia may possibly be the long-term solution, Methanol should be considered as a minimum, the bridge required to make progress against IMO targets in the meantime.

Interest in Methanol as marine fuel is already growing across Singapore’s maritime sector, with more requests being made for advice and insight on bunkering practices and safety training. Local distributors and international producers have signalled their interest to provide both the product and the expertise and make investments in infrastructure and vessels, which will enable Singapore to allow methanol to be available by year end.

What Singapore needs now is to seize the opportunity. Its bunkering community ranges from large, integrated energy companies to small operators but all of them need support to begin the energy transition we know is coming. Its fleet of vessels – new and old, large and small – presents an ideal opportunity to be repurposed to operate on Methanol and be converted to supply at low cost and with minimal technical exposure.  This is especially so within the harbour craft and work boat sector.

Undertaken as a national endeavour, it might even be possible to tie the supply of fuel to a sectoral conversion or newbuilding programme, gaining a better delivered price for users.

The advantage that Methanol offers is that there is no need to delay. The know-how, engines, and infrastructure are all available now, providing a means to begin reducing emissions immediately rather than waiting for the next generation of fuel to become available.

This is critical to understand because pressure on carriers and their customers for greater transparency around emissions reduction is growing quickly. Under a proposed Securities and Exchange Commission rule, companies may soon be required to disclose their actual greenhouse gas emissions and climate related risks in periodic filings. These businesses will increasingly be called upon to account for their full emissions supply chain, including scope three emissions incurred by their service providers.

Leveraging local policy grounded in global regulations can make Singapore the leading provider of low carbon tools and reduction technology and ultimately renewable methanol bunkers in Asia-Pacific. As a critical maritime player, its position on emerging ‘green corridors’ could make it the low carbon hub in a regional network that acts as the model for shipping’s energy transition.

To write off amount owned by four counterparties due to ‘improperly accounted’ transactions.

Firm experienced difficulties in preparing FY 2021 results due to HQ relocation issues and expects report to be published on or before 31 July 2022.