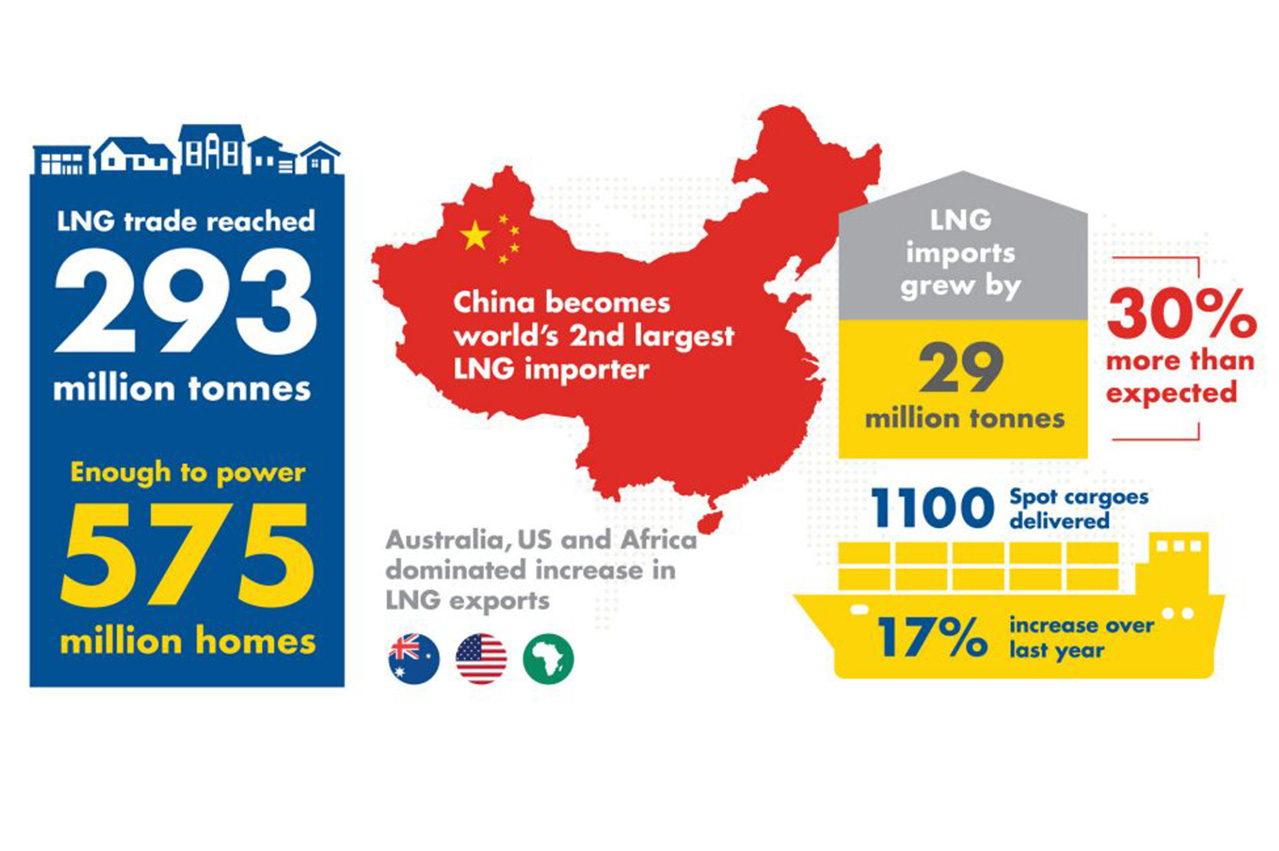 The supply of liquefied natural gas (LNG) could be in shortage around the middle of 2020 due to rising market demand in Asia and Europe, says the LNG Outlook for 2018 report from oil major Shell.

“We are still seeing significant demand from traditional importers in Asia and Europe, but we are also seeing LNG provide flexible, reliable and cleaner energy supply for other countries around the world,” said Maarten Wetselaar, Integrated Gas and New Energies Director at Shell.

“In Asia alone, demand rose by 17 million tonnes. That’s nearly as much as Indonesia, the world’s fifth-largest LNG exporter, produced in 2017.”

According to Shell, Japan remained the world’s largest LNG importer in 2017, while China moved into second place as Chinese imports surged past South Korea’s.

On top of being an alternative fuel for vessels, LNG has played an increasing role in the global energy system over the last few decades.

LNG buyers continued to sign shorter and smaller contracts. In 2017, the number of LNG spot cargoes sold reached 1,100 for the first time, equivalent to three cargoes delivered every day. This growth mostly came from new supply from Australia and the USA.

“The mismatch in requirements between buyers and suppliers is growing. Most suppliers still seek long-term LNG sales to secure financing,” explains Shell.

“But LNG buyers increasingly want shorter, smaller and more flexible contracts so they can better compete in their own downstream power and gas markets.

“This mismatch needs to be resolved to enable LNG project developers to make final investment decisions that are needed to ensure there is enough future supply of this cleaner-burning fuel for the world economy.”

Supply of all grades remains readily available with a range of suppliers in the ARA and Gibraltar Strait – Europe’s two main bunkering hubs.

Singapore situation is linked to chlorinated hydrocarbons whereas, in the Houston case, there is yet to be a definitive culprit, states the bunker fuel testing agency.