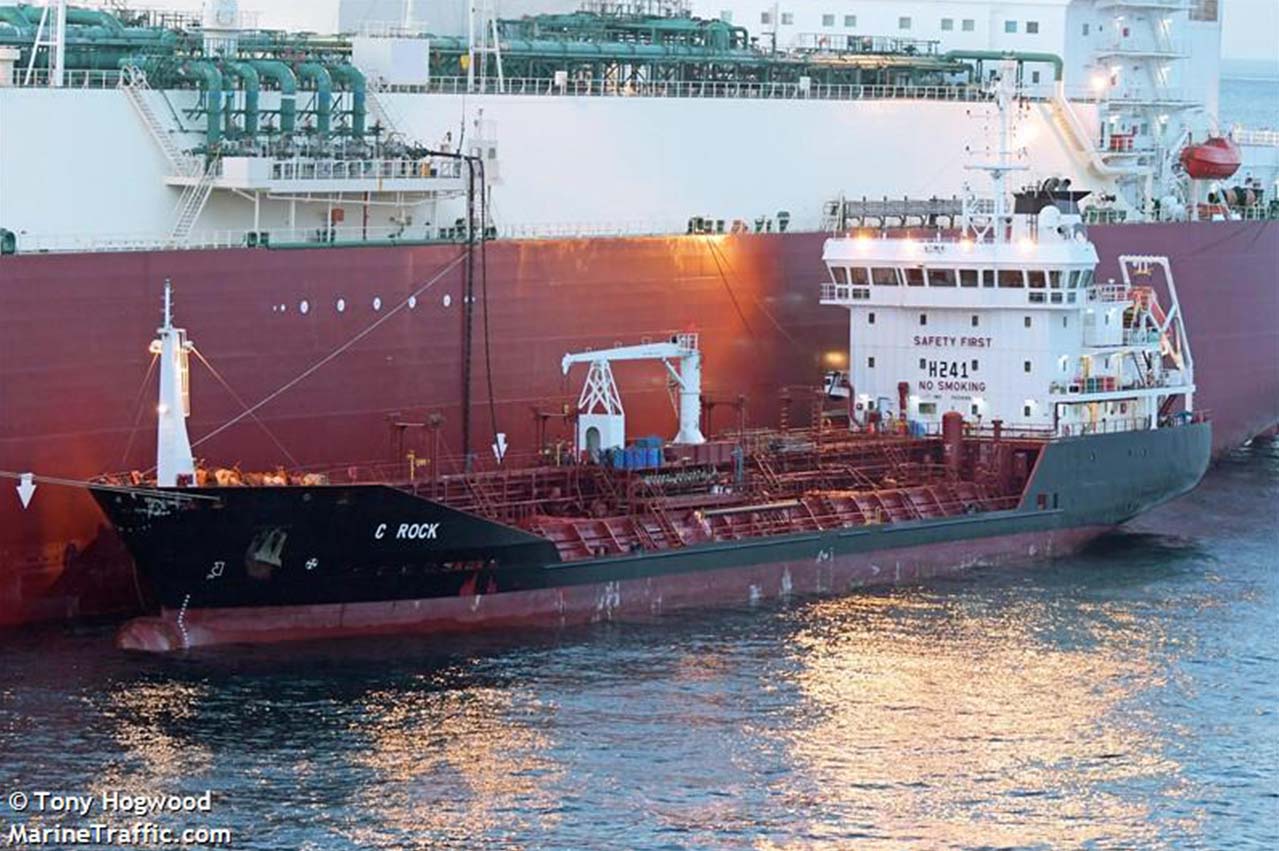 The arrest order for the vessel was initiated by Septo due to an alleged debt of approximately USD 16.5 million (exact: USD 16,517,896.16) owned by Greek bunkering firm Macoil International SA (Macoil), according to Greek court documents seen by Singapore bunker publication Manifold Times.

The USD 16.5 million debt was derived from two separate Septo bunker cargo deliveries at the SKS Tanaro floating storage unit in Gibraltar in July and August 2018.

A number of other litigants and banks, including BNP Paribas, Unicredit, Vilma Oil, Sahara Energy Resource Limited, AOT Trading AG, and World Fuel Services, are also involved in the claim, showed the document.

The papers noted the Maltese-flagged C Rock to be owned by Marshall Islands registered Versus Trading which was alleged to be under the ownership/control of Chandris family and being “under the management of Macoil”; the parent firm purportedly lost more than USD 200 million before shutting down.

“Macoil International SA, whose trading license was withdrawn on 25.11.2019, was forced to cease operations due to the catastrophic interference of the family-owned property and the deliberate confusion between its corporate and personal property,” claimed the document.

“The owner family, illegally consumed so the entire share capital and all the financial services of banks and of commercial credit suppliers, making the company's inability to meet its obligations and forcing a shutdown.”

Intends to draw up harmonised rules on the discharge of liquid effluent from exhaust gas cleaning systems.

Former Head of IT at Petro-Diamond sentenced to a SGD 7,500 fine and a SGD 3,000 penalty for corruptly accepting SGD 3,000 from a vendor.