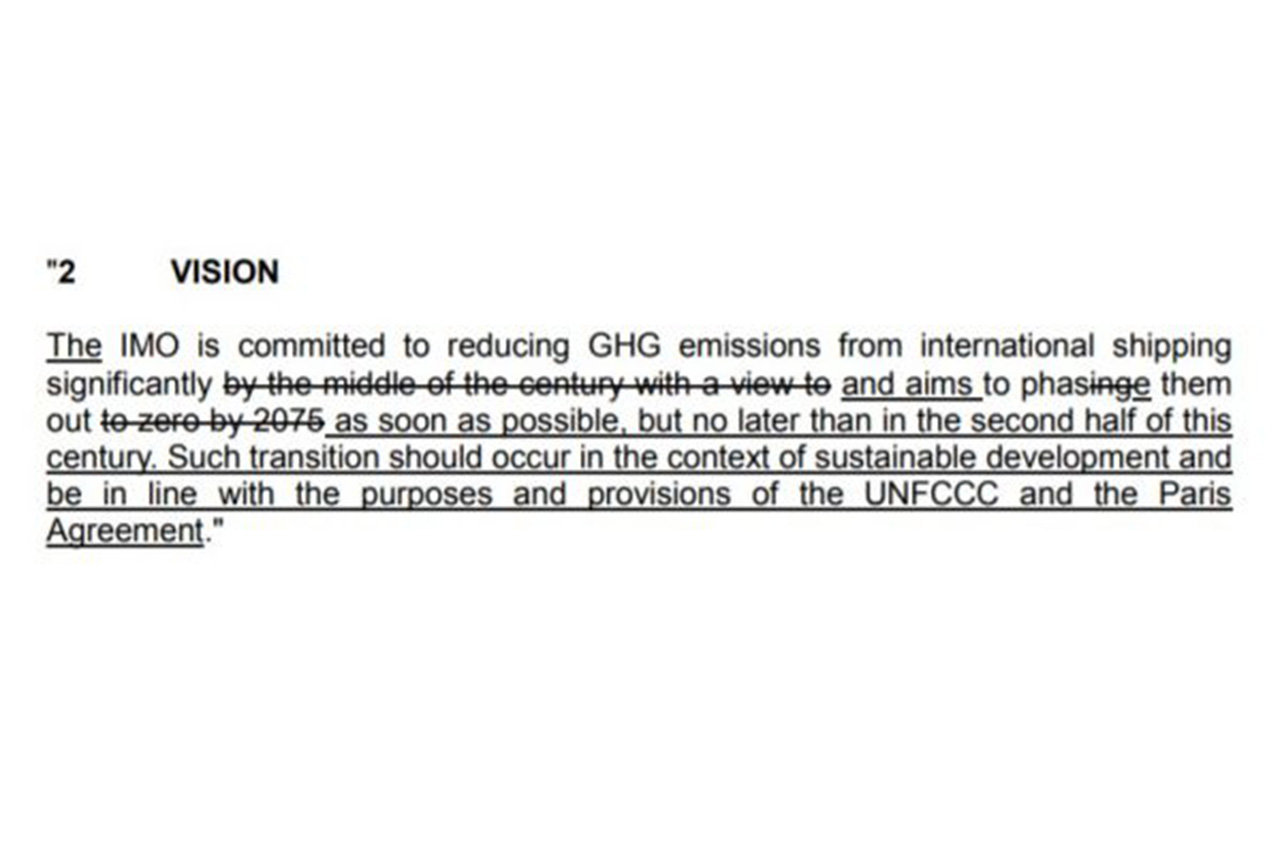 Brazil, India, Argentina and Saudi Arabia have delivered a joint submission to the International Maritime Organization (IMO) to delay a 2050 greenhouse gas (GHG) emissions target for the shipping industry.

The draft global agreement, to reduce GHG emissions by 2050 and achieve a zero carbon sector by 2075, was due to be finalised in April, according to Climate Home News.

The group proposed to delay developments to: “No later than in the second half of this century”.

According to Paulo Chiarelli, director of climate change at the foreign ministry of Brazil, developing countries will be hit hardest by the transition cost of moving towards a low carbon shipping sector.

The proposed strategy should “give a signal to the private sector that the transition is inevitable,” and “the trade in food and food security should not be threatened in any way by whatever measures the IMO agrees,” he says.

Ship It Zero to Walmart: ‘Turn away from being one of the worst big retail maritime polluters’

Walmart has again chosen not to take even basic steps to address its massive maritime pollution footprint by failing to join Biden’s First Movers Coalition. Walmart ‘spoon fed opportunities’ to move its products off of fossil-fueled ships here at COP, and again failed to show up, says Madeline Rose, Climate