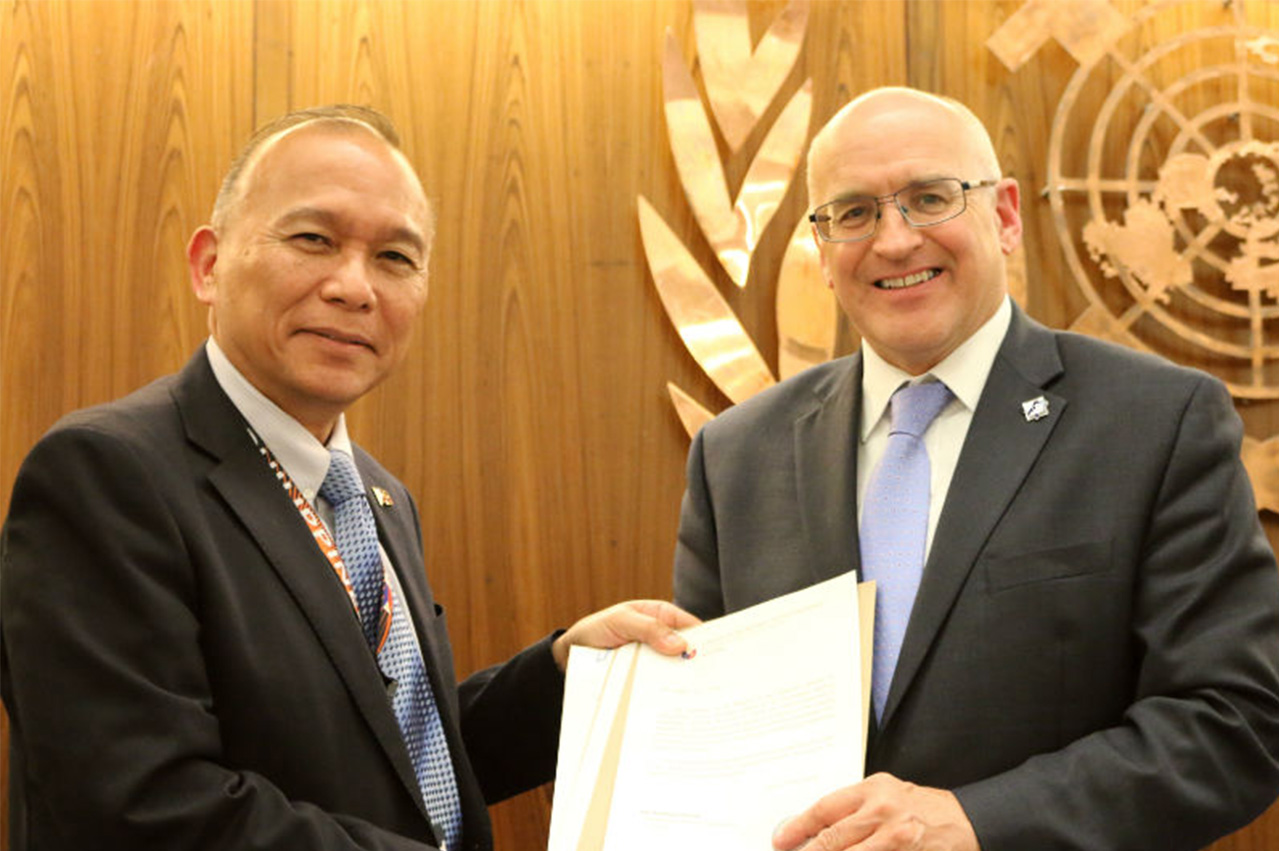 The Republic of the Philippines in late April become the latest country to accede to the IMO instrument providing rules for the prevention of air pollution from ships and energy efficiency requirements, says the International Maritime Organization (IMO).

His Excellency Gilberto Asuque, Deputy Chief of Mission, Permanent Representative of the Philippines to IMO at the Embassy of the Republic of the Philippines in the United Kingdom, handed over the instruments of accession to Fred Kenney, Director, Legal Affairs and External Relations division, IMO, during the 105th session of the IMO Legal Committee.