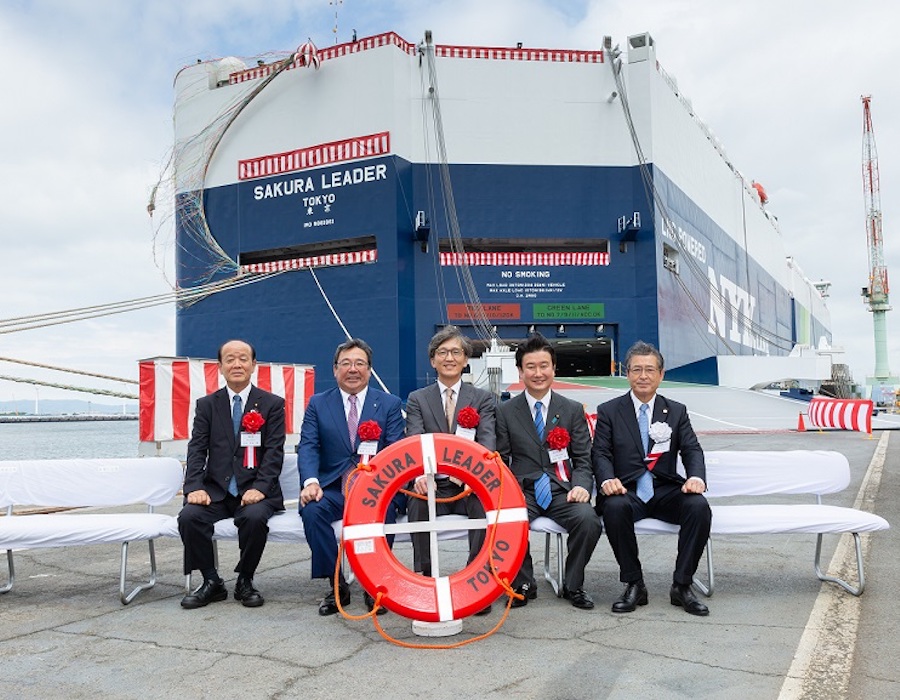 The vessel was ordered by Shin-Kurushima Dock Co and is scheduled to be completed around October 2020.

“Beginning with this, we will gradually replace the car carriers with next-generation eco-friendly ships,” said NYK.

The vessel was named Sakura Leader after the cherry blossom, which is a symbol of Japan, with the hope of realizing and inheriting a rich global environment through eco-friendly transportation, it added.

Sakura Leader is currently the world’s largest car carrier capable of transporting approximately 7,000 units per ship, and she is already engaged to transport finished vehicles including those for Toyota Motor Corporation.

“We view LNG fuel as one of the bridge solutions to realize a future zero-emission ship even for large cargo ships, and we will take the lead in converting operating ships to LNG,” concluded NYK.

Ras Al Khaimah is home to one of the world’s largest limestone quarries; the four RAK ports handle around 2,000 vessels yearly and aims for expansion.