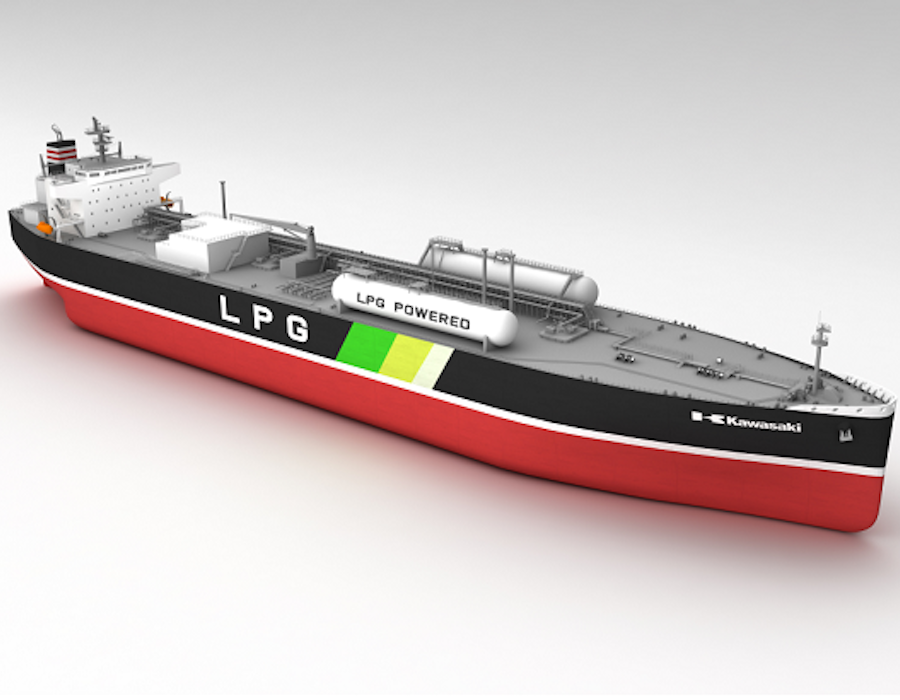 Both ships will be built at the KHI Sakaide Works shipyard and are set for delivery in 2022.

In addition, by equipping the ships with LPG tanks on deck, the vessels will be designed to make it possible to load LPG for fuel separately from the LPG cargo.

Having the LPG tanks on deck extends the cruising range of the vessel when LPG fuel is used even though the size of the vessel remains the same, explained NYK.

In the future, by developing an eco-friendly fleet, NYK will be able to provide customers with a low-carbon transport option and contribute to the reduction of emissions from shipping and realise a sustainable global economy.

‘LNG as fuel is attracting widespread attention as an environmentally friendly option, but LPG as fuel has advantages over LNG,’ says ABS spokesman.

‘Use the RIGHT fuel. Every drop counts! Let’s do our bit to protect our environment and save our planet for our children,’ says Chief Guest.

Consortium is targeting to develop a line of products that meet various requirements for use as a main or auxiliary marine engine or a power generator.