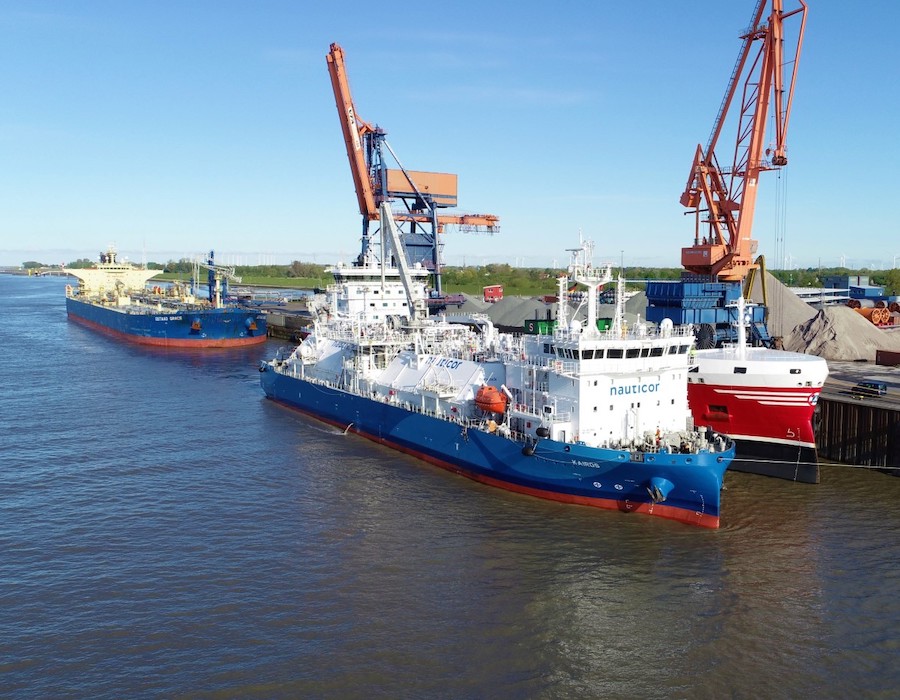 The bunkering operation was conducted in the port of Brunsbüttel at the river Elbe and it marked another milestone for the company, it being the first marine refuellingoperation since Nauticor became a part of Gasum.

The receiving vessel Ramelia is owned by Donsö based shipowner Älvtank and is managed by the tanker pool of the Gothia Tanker Alliance.

Like several LNG bunkering operations before, the operation was conducted under the LNG supply agreement, which was signed by Furetank Rederi, a member of the Gothia Tanker Alliance, and Nauticor in 2018, noted Gasum.

“By using LNG as fuel we are working on reducing the environmental impact through lower emissions and less noise,” said Christian Nilsson, Managing Director of Älvtank.

“Having access to a comprehensive LNG supply network is a prerequisite to do so and we are glad that thanks to the efforts of Nauticor and Gasum the availability of LNG is secured in a growing number of places in Northwest Europe.”

“The acquisition of Nauticor is an important step in Gasum’s growth strategy and the successful bunkering of Ramelia underlines our commitment to develop the clean marine bunkering business in Northwest Europe, adding Germany to the list of countries we are active in to ensure the availability of environmentally-friendly LNG for our customers,” added Jacob Granqvist, Sales Director Maritime at Gasum.

“The first ship-to-ship LNG bunkering operation for a product tanker in German waters is the next milestone for establishing LNG as environmentally-friendly fuel for ships and strengthens the role of Brunsbüttel as the leading LNG hub at the German North Sea coast,” said rank Schnabel, Managing Director at Brunsbüttel Ports GmbH/ Schrammgroup.