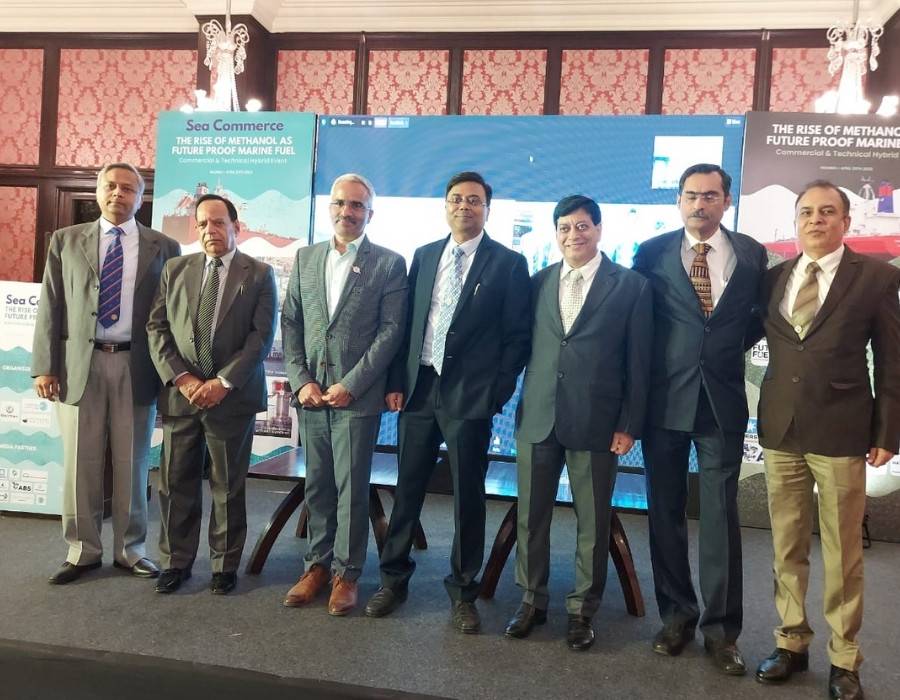 With the technological and regulatory challenges associated with burning methanol as a bunker fuel largely resolved, it’s time for the industry to move forward and get ready to go green with methanol.

That was the view widely expressed at Rise of Methanol As A Future Proof Marine Fuel seminar held in Mumbai and online on Friday (29 April), says Sea Commerce America Inc, one of the seminar organisers.

It was back in August 2021 that methanol secured its position as a future marine fuel when A.P. Moller – Maersk announced an order for 12 large ocean-going container ships to operate on carbon-neutral methanol.

This landmark order has raised the profile of this promising fuel. However, each shipowner faces unique challenges, and it is not enough to just follow Maersk’s lead and expect success.

In the seminar the panel of experts spoke in detail on installation options, fuel cost and availability, bunkering infrastructure, and e-fuel production potential.

Today, methanol made from natural gas, offers a lifecycle GHG reduction of 5-15% compared to diesel as well as immediate reductions in SOx, NOx, and particulate matter. Methanol offers a 2% lower fuel consumption per kWh than diesel fuel, and engine corrosion and fuel slip are not an issue due to the high combustion rate achieved by the engine designers.

In case of a spill, methanol is miscible in water, with near zero risk of damage to the environment and near zero potential harm to the wildlife.

IMO regulations on handling methanol are well developed within the IGF Code and the Methyl/Ethyl Interim guidelines. Still to come could be rules for methanol bunkering and standards for fuel quality.

Class oversight is well established. ABS, a pioneer in this, will class the Maersk vessels, and its safety evaluation will include design considerations such as the need for cofferdams between fuel tanks and fire risk areas, double-barriers and sealing systems, ventilation and gas detection, explosion mitigation, and redundancy.

The Maersk newbuilds will require larger bore engines than current dual-fuel methanol LGIM installations, and MAN expects a further increase in engine size to be available soon. This will open up the market for other large, ocean-going vessels, and MAN is already seeing a lot of interest in retrofits.

Berit Hinnemann from Maersk talked about the partnership Maersk has entered into with the producers of Green Methanol to supply their methanol-powered fleet. Maersk will require 10,000 tonnes in the year 2023 and 500,000 tonnes by mid-2025.

Berit also mentioned that Maersk sees “methanol in combination with biodiesel for the pilot vessel as the only certain and scalable pathway towards significant impact this decade.”

These 16,000 TEU DF Maersk vessels are to be classed with ABS and will provide “20 percent improved energy efficiency per transported container”.

The event was designed to address the needs of shipowners and operators, and moderated by Richard Clayton, Chief Correspondent at Lloyds List. Speakers, including the host and organiser Capt. Saleem Alavi, delved into the technical, commercial, and regulatory details.

Most of the nearly 400 event participants indicated that they had more confidence in methanol’s viability as a bunker fuel after hearing from the expert presenters.

The event organisers were Sea Commerce America Inc. and Institute of Marine Engineers of India’s Mumbai Branch and sponsored by Methanex, Canada and Methanol Institute, Singapore.