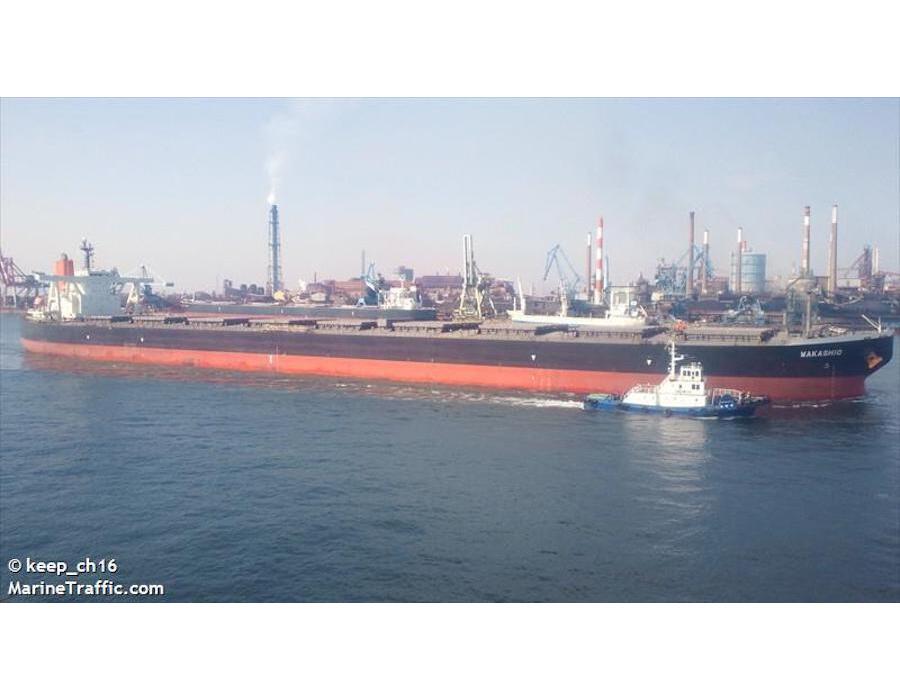 The statement is as follows:

Nagashiki Shipping, provides the following update on the grounding of the vessel off the east coast of the island of Mauritius at approximately 1925 hrs, local time, Jul 25. Due to the bad weather and constant pounding over the past few days, the starboard side bunker tank of the vessel has been breached and an amount of fuel oil has escaped into the sea. Oil prevention measures are in place and an oil boom has been deployed around the vessel. ITOPF (International Tanker Owners Pollution Federation) is advising the owner, salvage team and the Government on the pollution and possible effects. The Owner and its P+I Club have contracted a specialist oil response and salvage team who are coordinating with the Mauritian authorities to mitigate the effects of any pollution. Nagashiki Shipping takes its environmental responsibilities extremely seriously and will take every effort with partner agencies and contractors to protect the marine environment and prevent further pollution. The situation is being closely monitored and in view of poor sea conditions, salvage efforts are currently on hold. The decision has been made to remove the crew from the vessel, who are all safe and have been transferred to the shore. The cause of the incident will be fully investigated, and the Owner/Manager will continue to work closely with the authorities to determine the cause.

MOL added it is fully aware of the incident and the regretful harm to the beautiful nature in Mauritius.

After the incident, MOL said it organized an“Emergency Control Headquarter” led by President Ikeda to deal with the situation rapidly.

“MOL will cooperate with related parties based on the advice from authorities of Mauritius and Japan, as well as is to send company personnel to Mauritius and will provide necessary support to the Owner as much as possible,” stated the company.

“We hope the situation is brought to a safe and timely conclusion.”