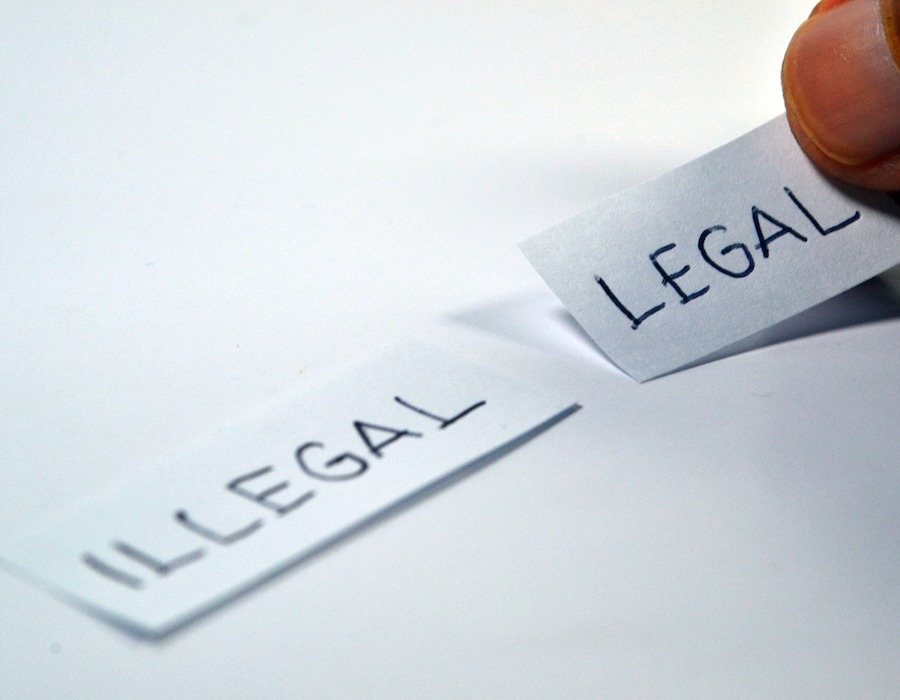 Patrick Murphy and John Keough, partners at international law firm Clyde & Co on Wednesday (5 August) published an article analysing some details found in the recently released OFAC sanctions “Advisory” directed at the maritime industry and compares it to a similar advisory released by OFSI in the UK.

The shipping and commodities industries have found themselves at the forefront of sanctions developments in recent months.  In May 2020, the US Departments of State and Treasury (the latter of which includes OFAC) and the US Coast Guard provided a sanctions “Advisory” directed at the Maritime, Energy and Metals Sectors and Related Communities (the OFAC Advisory).  The UK’s Office of Financial Sanctions Implementation produced a similar advisory on 27 July 2020 (the OFSI Advisory).  It is no coincidence that these key sanctions bodies are looking closely at the maritime sector.

OFAC has historically leveraged its reach by co-opting critical elements of the global economy into enforcing its sanctions objectives.  It has traditionally looked to the banking industry to spearhead compliance given its gateway involvement in financial transactions, requiring it to filter out transactions that might be related to sanctioned persons or jurisdictions.  Now, as the United States continues its “maximum pressure” campaign of sanctions against Iran, North Korea, Syria and Venezuela in particular, OFAC is ratcheting up its intense focus on the maritime and commodities industries to require sanctions compliance.

OFAC’s growing focus on due diligence in shipping surfaced in a series of advisory notes issued to the maritime industry from 2018 onwards – in respect of North Korea (February 2018 and March 2019), Iran (September 2019) and Syria (November 2018 and March 2019).  But the OFAC Advisory of May 2020 is far more comprehensive in both its scope and detail than any of the earlier notes.

Firstly, it is not limited to guidance in respect of specific sanctions targets such as North Korea or Iran (although it does update earlier advisory notes for each of those regimes).  Rather, it is expressed to be comprehensive sanctions compliance guidance to the maritime community generally – as well as to the energy and metals sectors which were not so obviously targeted in the earlier notes.  In this regard the OFAC Advisory can be seen as an industry specific development of an earlier OFAC guidance, its “Framework for OFAC Compliance Commitments” published in May 2019, which set out OFAC’s expectations to the world at large of what it expected the essential components of a Sanctions Compliance Program to look like.

Secondly, in contrast to the briefer earlier guidance notes, the OFAC Advisory sets out detailed guidance of what OFAC expects from a host of key industry participants in terms of sanctions risk management and due diligence – from flag states, port state control authorities and insurers, to owners, charterers, crewing companies and even ship captains.  This more prescriptive guidance illustrates how OFAC expects each industry participant to expand its role in sanctions compliance.  It also highlights a laundry list of what it terms “deceptive shipping practices” that it encourages industry participants to be vigilant against,  and business practices to help identify sanctionable behaviour.

Whilst the OFAC Advisory repeatedly states in footnotes that “is not intended to be, nor should it be interpreted as, comprehensive or as imposing requirements under U.S. law or otherwise addressing any particular requirements under applicable law,” those in the shipping industry are well-advised to read the OFAC Advisory to mean that OFAC expects the maritime and commodities industries to be aware of the guidance and for industry participants to factor it into their sanctions compliance programs.  The adoption of some, or all, of the measures recommended by OFAC will no doubt be factors that OFAC would consider as mitigating any penalties if a violation occurred.  Over time, as industry participants adopt more stringent sanctions compliance measures, it will be difficult (and risky) for others not to do the same.

The OFAC Advisory reflects a heightened awareness of the shipping industry’s interest in cooperation measured with a balance of realism: The OFAC Advisory language reflects a measured approach based on feedback from ongoing discussion with industry sectors, including marine insurers among others.  However, it did not contain any list of questionable vessels and companies, as had been set forth in a prior Advisory, which caused confusion among marine insurers, flag states, shipowners and charterers alike, in assessing whether to continue business with such “suspect” entities.

OFSI is a much newer body than OFAC; it has only existed in its current form since 2016 when it replaced HM Treasury’s Asset Freezing Unit.  Like OFAC, OFSI has until now primarily focused on the financial services sector in leveraging private sector assistance to enforce sanctions.  It has produced helpful general guidance notes on financial sanctions as well as guidance for the charities and the import / export sectors.  But it has not, until now, turned its attention to the maritime industry.

In common with the OFAC Advisory, OFSI identifies a number of what it terms “illicit and suspicious shipping practices,” some of which are referred to by OFAC (AIS disablement, ship to ship transfers, falsified shipping documentation) and some of which are not (e.g. the use of cryptoassets).  Again, similarly to OFAC, it highlights country specific risk factors for the industry in relation to Iran, North Korea and Syria (although the Iran risks identified are notably different to OFAC’s given the UK’s continued commitment to the JCPOA). And, again similar to the OFAC Advisory, it sets out its views on what due diligence looks like for the industry, albeit at a high level: a proper understanding of the sanctions against high risk jurisdictions if you operate there, the appropriate use of AIS screening and “AIS switch off clauses”, enquiries into ownership structures of counterparts and checks on suspected fraudulent documents.

It is true to say that the OFSI Advisory is, overall, less specific and detailed than the OFAC Advisory.  For example, it does not provide the detailed lists of risk mitigation measures and due diligence protocols that the OFAC Advisory does for each specific industry participant, or as much detail on the structure of a sanctions compliance program for industry participants.

But the overall thrust of the two Advisories is unmistakable: both governments expect the maritime and commodities industries to do their part in tackling sanctions evasion by the application of appropriate due diligence that identifies bad actors and acts on suspicious or deceptive shipping practices in much the same way as banks and insurers have borne the burden of identifying bad actors using the financial services industry.  The reach of the two enforcement bodies is extensive: OFSI has jurisdiction over a number of key maritime insurers who are based in the UK.  OFAC is responsible for the enforcement of US secondary sanctions that have the capacity to block and designate as sanctioned persons anywhere in the world, not just US persons.  The fact that these two notes have followed each other in short order is instructive: the industry has been put on notice that the two enforcement bodies are looking closely at it.  If the industry continues to aid sanctions evasion by not implementing the risk mitigation tools identified by OFAC and OFSI, the business can expect the sort of attention that the banking industry have received in recent years – – and had to improve their level of due diligence and compliance to match the regulators’ expectations.

Further notes in this series will look in more depth at particular aspects of the two advisories and the latest developments on the sanctions front lines, including an analysis of what might constitute a reasonable risk-based program for sanctions compliance and due diligence in shipping sectors in light of OFAC and OFSI’s focus on deceptive shipping practices, the evolving impact of US sanctions on non-US persons and companies, how to use (and not use) sanctions clauses in maritime agreements and marine insurance policies, and how AIS switch off clauses might (and might not) work.

Forecasted to withdraw its application for court protection, this move provisionally protects HLT from legal proceedings as a form of debt restructuring, says Bloomberg.

Located in Singapore, the Base Oil Desk is in line with the company’s current growth strategy to diversify its products; Sing Fuels will be trading Group I, II and III base oil products.

Three bunker buyers and the Association of Bunker Industry (Singapore) provide an overview of how COVID-19 has changed the Singapore maritime industry.