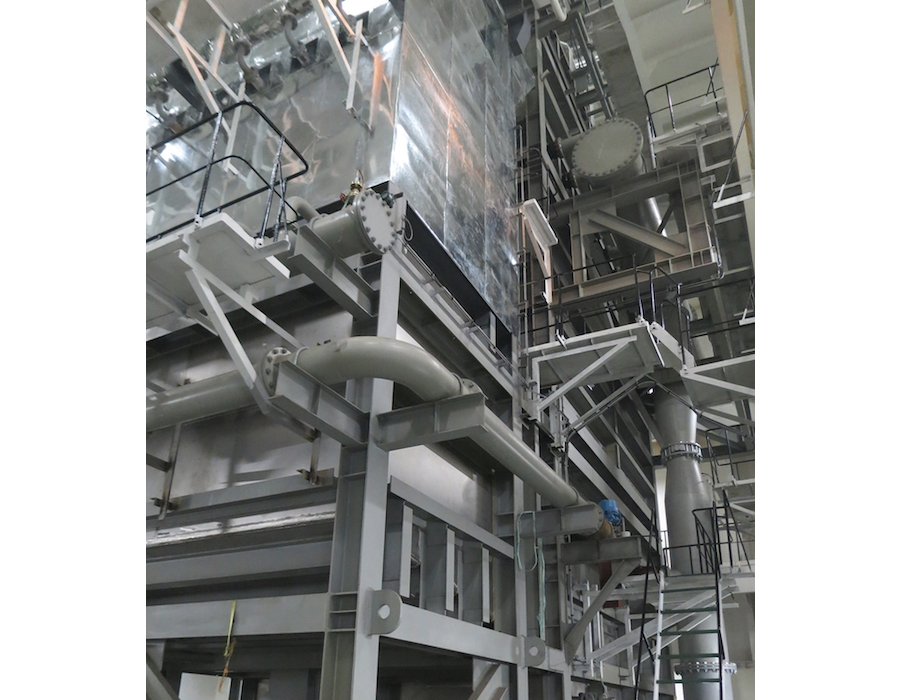 The first two units of scrubbers retrofitted onboard 20,000 TEU and 14,000 TEU ultra-large container ships received approval from classification societies, Lloyd’s Register and Nippon Kaiji Kyokai, respectively after confirmation of the results from sea trials. Subsequently, they were also approved by the flag states of Panama and Singapore.

“While the two ships continued to use existing heavy fuel oil, they could pass the new SOx emission regulation requirements that were reinforced by IMO 2020 by removing 97% sulfur content from the exhaust gas – resulting in the same performance as 0.1%-sulfur-content fuel oil,” said MHI.

Its rectangular tower design is suitable for ultra-large container ships, and its multi-stream configuration can simultaneously treat exhaust gas discharged from multiple engines with one tower, including the large main engine with an output of over 75,000kW. Moreover, its simplified configuration helps the ship crew to conduct the maintenance work easily.

For the drydock, Mitsubishi Shipbuilding and MHPS jointly dispatched two professional teams to a repair yard located in Zhoushan, China. They completed the commissioning work in five days – much faster and than originally planned through collaboration with the ship owner, the yard and the classification societies despite the site being heavily congested, notes MHI.

To encourage ships to deposit their liquid waste and scrubber residues on site, the Port said it would absorb 30% of the costs involved in waste collection.

Total cost of open loop scrubbers is significantly lower than hybrids, and owners are reporting returns on investments far more rapid than anticipated, it said.