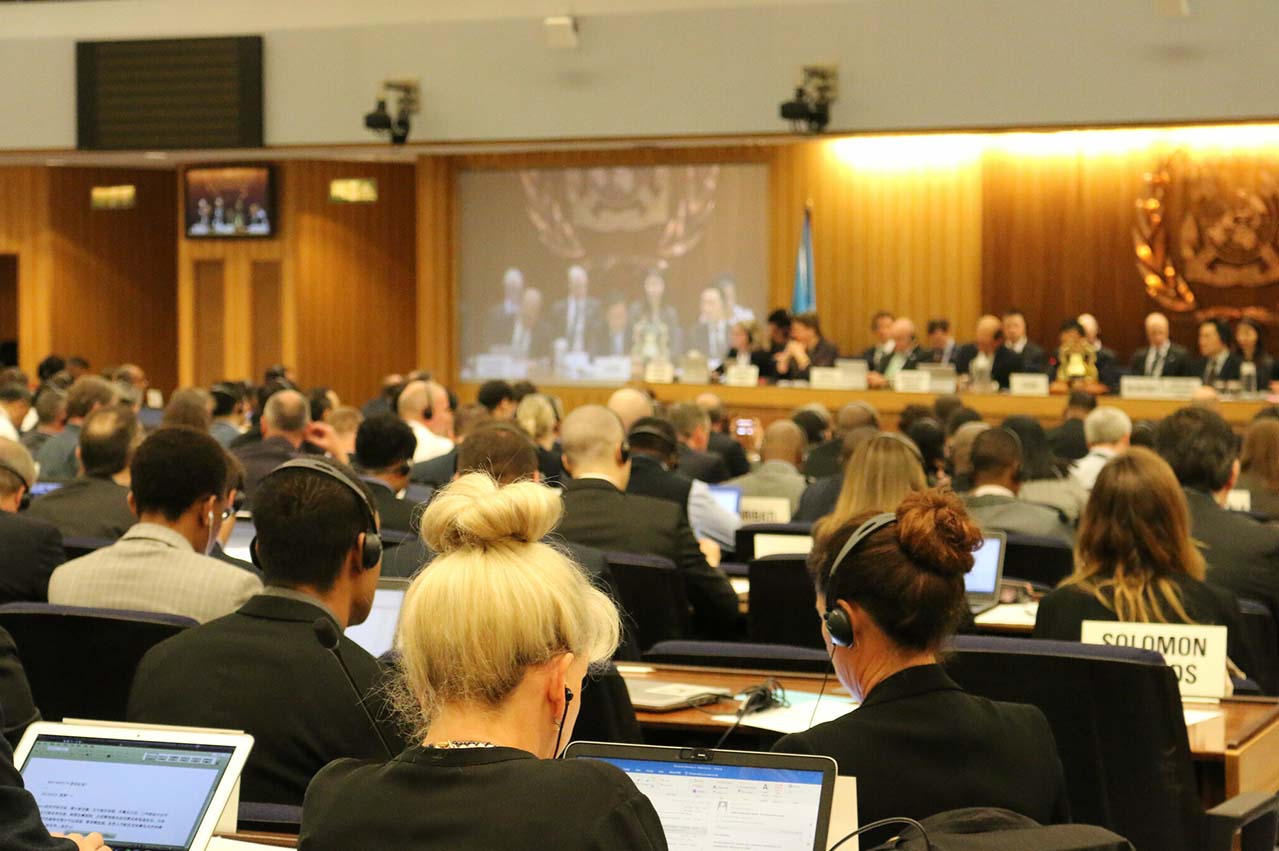 It noticed many ship operators already putting in place preparatory plans and/or are busy working on their ship implementation plans, with the marine fuel industry preparing for change by announcing the availability of 0.50% S fuels (VLSFO – Very Low Sulphur Fuel Oil) in various ports around the world.

Various market surveys have indicated the majority of ship-owners and operators intend to comply with the MARPOL Annex VI regulation 14.1.3 by burning VLSFO).

The industry update is as follows:

MEPC 74 met last week (13 – 17 May) during which time the outstanding draft guidelines for the consistent implementation of the MARPOL Annex VI Regulation 14.1.3 and proposed revision for the Annex was completed for approval and adoption in due course. The consistent implementation guidelines includes the committees understanding of the matters relating to the safety and management concerns expressed on the use of VLSFO. The guideline would also address areas such as – key technical preparatory considerations, control measures by port States, control on fuel oil suppliers, fuel oil non-availability report (FONAR) template and handling non-compliant fuel scenarios.

The guidelines for port state control are developed to handle scenarios such as when there is discrepancy between the BDN and independent ship results indicating non-compliant fuel has been loaded despite the declaration on the BDN contrary to this. Moreover, it was recognised that there will be a wide range of scenarios to address resulting on non-compliant fuel being on board, such as after application of a FONAR, including by both port and ship; the discretion ultimately remains with the inspection authority on a final decision. The emphasis being on the ship to make every attempt to avoid putting itself into such a position.

The guidance on best practice for member states /coastal states adds to the previously completed guidance for fuel purchaser/users and for suppliers mainly providing guidance for contingency measures for addressing non-compliant fuel oils and a focus on the expectations on suppliers on ensuring fuel quality acceptable for the receiving ship. MEPC also worked on the Guidance document in case of failure of a single monitoring instrument and recommended actions to take if the exhaust gas cleaning system fails to meet the provision of the guidelines.

What is the general approach to tank cleaning

Every ship can be different in their machinery management procedures, bunker tank design, and the quality of Heavy Fuel Oil (HFO) they have been consuming. Hence, an assessment should be performed on each HFO bunker tank(s) condition and a decision needs to be made on an appropriate course of action. There have been a few options being considered by the ship operators such as;

The effectiveness of any of the approach would depend on the final condition of the tank and how well it is executed. Ships are also recommended to carry out sulphur sample checks from the system periodically when first using the 0.50% VLSFO to provide indications of the tank’s compliance condition.

What are the major quality concerns with 0.50% VLSFO?

The main quality concerns with new 0.50% VLSFO are compatibility between fuels from different sources, their long-term stability, variability of certain physical parameters from different sources (such as viscosity / density), cold flow properties and combustion performance. Moreover, there is non-compliance risk as some suppliers may blend to the Sulphur to the limit.

Handling of these 0.50% VLSFO will be a bigger challenge in case there is lack of preparation and planning which include understanding the fuel properties and making necessary operational adjustments to ensure trouble free operations. Crew training will be important as ever because they are on the frontline handling various technical challenges and ensuring resilient ship operations. It is expected that increasing number of vessels will start trialling these 0.50% VLSFO from second half of 2019. LR FOBAS is monitoring the situation closely and as soon as there is significant take up, we will build a 0.50% VLSFO characterisation matrix.

The work on the ISO/PAS 23263:2019 (Considerations for fuel suppliers and users regarding marine fuel quality in view of the implementation of maximum 0.50% S in 2020) is almost complete and right now a draft document is undergoing a balloting process as per ISO procedures. It is expected that the PAS 23263 will be finalised and available as reference for ship operators and suppliers by end of September.

Overall, the ISO working group’s main focus has been to address the 0.50% VLSFO stability and compatibility i.e. being able guard against unstable fuels and providing better indicators as to the compatibility between one fuel and another. Informative Annex’s are expected to include additional guidance on the composition of fuels, general requirement, stability, commingling of fuels. Other fuel characteristics are also considered though not in great detail mainly due to tight deadline to finalise the PAS. CIMAC WG 7, working alongside ISO SC4/WG6 will be coming out with a more detail technical document covering fuel stability and compatibility.

‘IMO should be especially commended for giving precedence to safety and environmental protection,’ it states.