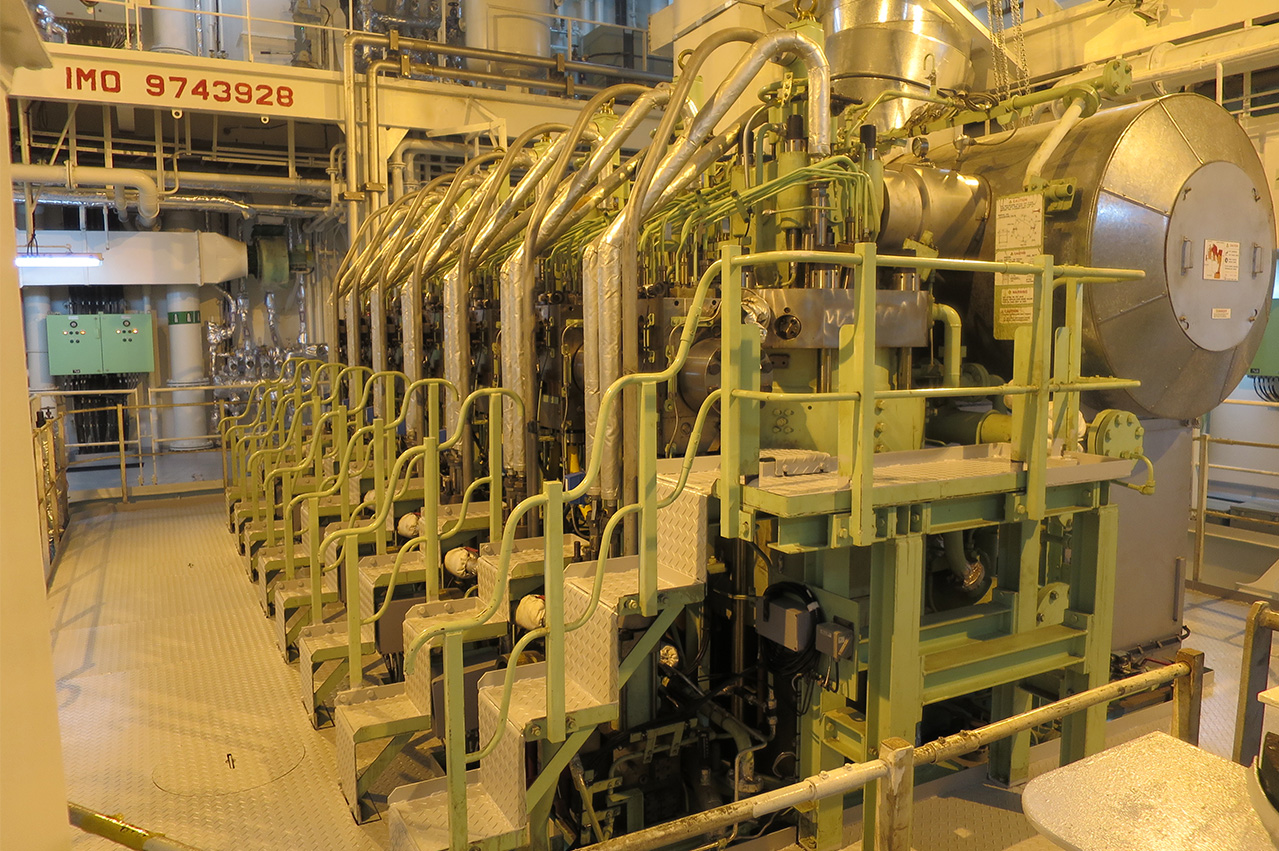 They were ordered by Hartmann and Ocean Yield of Norway, and constructed at Sinopacific Offshore Engineering (SOE) in China with the intention of transporting ethane derived from US shale gas to European crackers for the production of ethylene.

“The ME-GIE is very reliable and about 97-98% of our ships’ passage back and forth over the Atlantic has been on ethane. Our charterers are happy with the positive budget implications that have come with being able to exploit the fuel on board.

“Overall, the propulsion system performs very well with an even better fuel consumption than predicted, and we are recording higher sea-passage speeds during heavy weather in the Atlantic. I believe the Gaschem Beluga and Gaschem Orca are among the fastest vessels over the Atlantic.”

“Our inspections of the cylinder liners on both sides of the Atlantic have also shown that they still look like brand new,” he says.

“Regardless, we continue to look for ways to further improve the ME-GIE’s performance and are currently working on lowering pilot-oil consumption, which we ultimately expect to drop down to just 1%.”

‘There’s no one single solution to decarbonise shipping; we need a range of alternative fuels at scale and we need them urgently,’ said Executive Vice President.

Alternative fuels to be viable as prices fall, adoption grows, and technology improves in medium- to long-term.