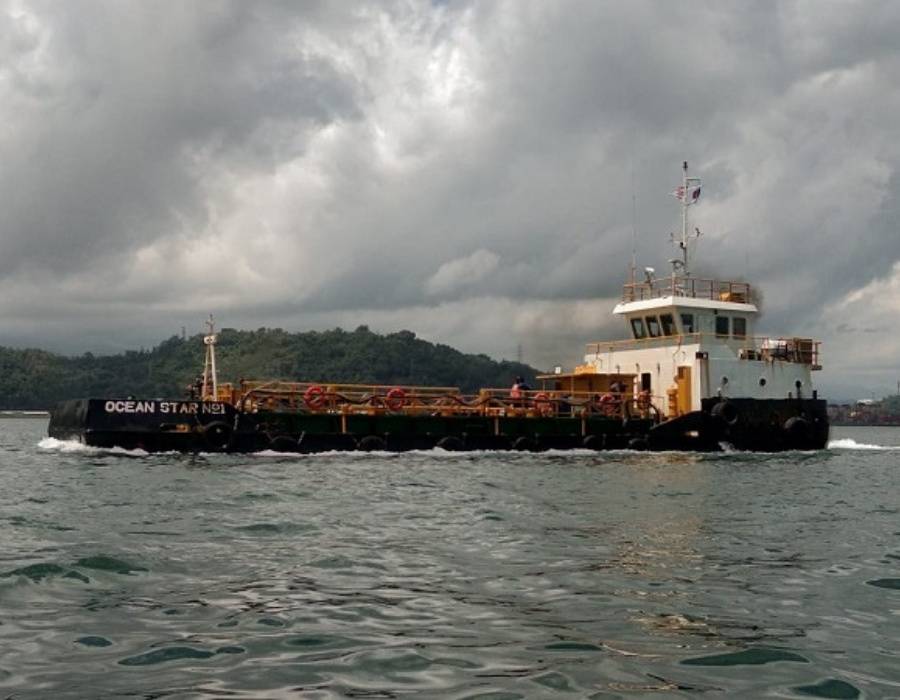 Malaysian Maritime Enforcement Agency (MMEA) on Thursday (16 June) detained a barge for transporting 170,000 litres of diesel, worth about MYR 900,000, without a permit in the waters off Teluk Sepanggar, Kota Kinabalu in Sabah.

MMEA Sabah and Labuan director First Admiral Datuk Mohd Rosli Abdullah said the ship with four local crewmen were detained when it was spotted at 0.2 nautical mile off Teluk Sepanggar by MMEA during an operation at about 2pm.

“The tanker was operated by four local crew members, including the captain, aged between 24 and 72,” he said.

“During inspection, 170,000 litres of undeclared diesel were found and without any valid documentation.

“Further examination of the navigation system and the ship’s movement records found that it had been deliberately turned off, which raised suspicion.”

Mohd Rosli Abdullah said several other offences were committed by the suspects; this included change of company details without informing the ship registrar, and the operation of a non-Malaysia registered vessel in the country’s waters.

“The ship was operated without a complete crew as stated under the Ship and Personal Safety Register, the ship captain, chief engineer and ship crew members did not fulfil the proper competency requirements, as well as there were inadequate safety equipment,” he added.

He noted the ship and its crew were subsequently detained and escorted to the Sepanggar Maritime Jetty in Kota Kinabalu for further investigation.

A Gibraltar supplier is expected to have limited volumes to supply until the end of the month, and pre-winter heating oil demand continues to support bunker prices.

Setiawan has eight years of bunker experience previously with a large global bunkering group and is proficient in Indonesian, English and French.

Bunker suppliers and ship owners in the meeting were able to provide valuable insights of how the supply chain manages sanctions checking and reporting, says MFA.

The application by CIMB Bank Singapore was filed June as the bank looked to recover USD 105 million from Hontop; the hearing date is set for Monday, 7 September 2020.