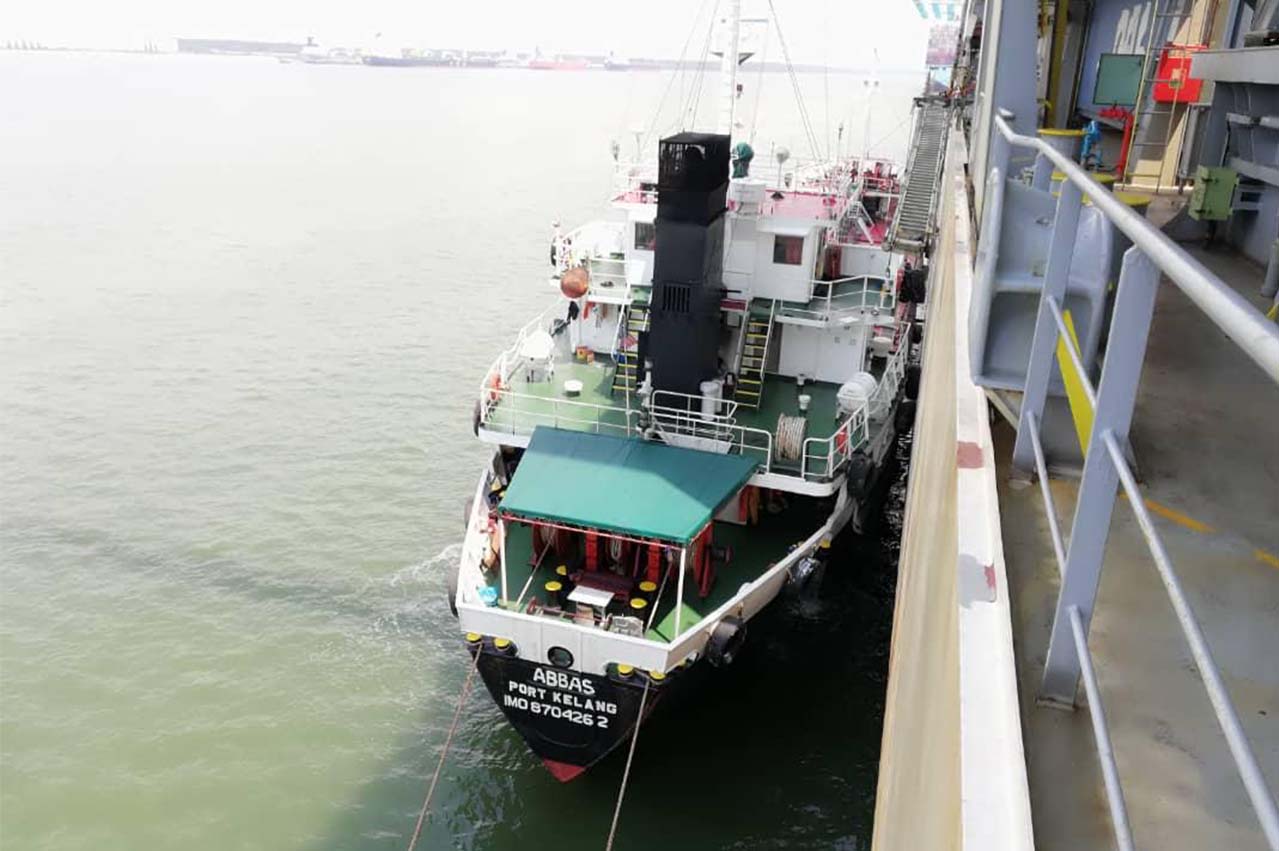 The following article is an updated version of a breaking news story first reported by Manifold Times on 4 October:

A bunkering tanker that was arrested on 3 October during a marine refuelling operation at the Port of Tanjung Pelepas (PTP) in Malaysia reportedly carried fake documents, according to Malaysia media on Wednesday (10 October).

Southern Region Malaysia Marine Department (MMD) director Dickson Dollah said the Abbas has been detained by the Ministry of Domestic Trade and Consumer Affairs (KPDNHEP) and will remain at Sungai Pulai, a location close to the MMD office, until investigations complete.

He noted the Abbas was owned by a Singapore-based company but hoisted a Malaysian flag.

“The ship was recently detained, but we believed that [its crew] had committed the offence for three to four times. They had been duping enforcement agencies by using fake documents,” said Dollah, as quoted by New Straits Times.

MMD caught the vessel during a bunkering operation that happened to be at a harbour right infront of the office.

“In the case of Abbas, it [the illegal bunkering operation] happened right in front of us and we moved in to have the vessel inspected,” said Dollah.

“The name of the ship did not appear in our record for sale of MGO (marine gas oil). This led to discovery of fake documents furnished by the crew.”

“To all shipping communities who are involved in fuel supplying activities in Johor, take from traders registered with Marine Department and other government agencies, especially those who have the license of the Ministry of Domestic Trade and Consumer Affairs (KPDNHEP) and the declaration of the Royal Malaysian Customs,” he said.

“Enforcement of illegal oil supply is entirely under the Malaysian Maritime Enforcement Agency, but the Marine Department acts as a giver or permits to ship operators.”

Nitta Kisen Kaisha engineers on board the Atlantic Oasis failed to document discharge from fuel purifiers.