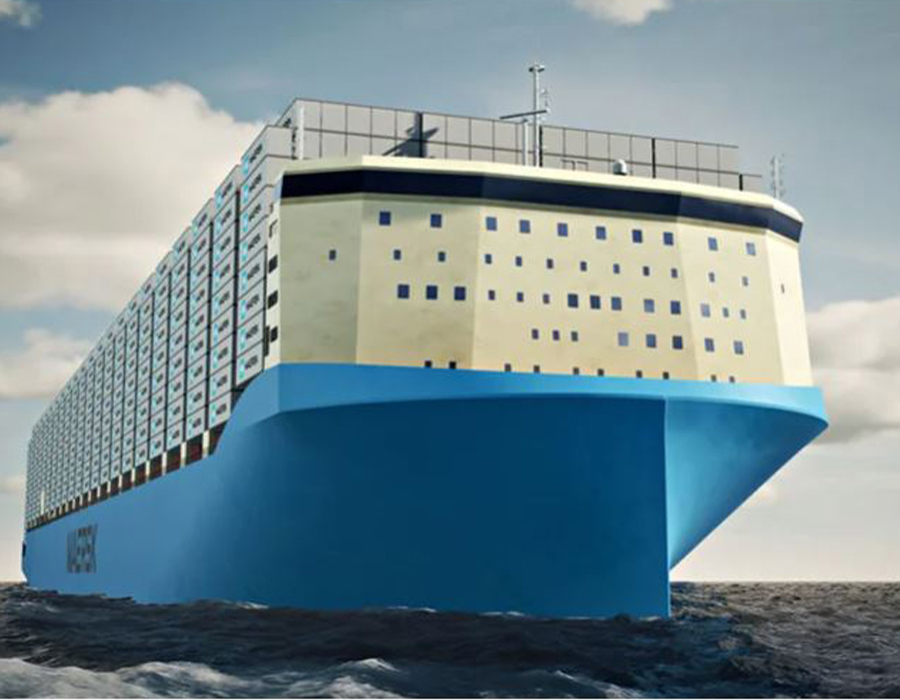 Media reports noted the order of four 16,000 TEU methanol-fuelled container newbuilds was being placed by shipping company and inland transportation firm A.P. Moller-Maersk; a development confirmed by board member Jacob A. Sterling.

“First we ordered one small vessel (June 2021), then eight big ones (August 2021), and now another four big vessels to be fuelled on green methanol,” shared Sterling on a Monday post at social media platform LinkedIn.

“Once fully phased in and running on green methanol, the twelve large methanol fuelled container vessels will generate savings of 1.5 million CO2 emissions per year.

“Not only will these ships represent a significant step in our decarbonisation journey, they will also enable us to offer decarbonised shipping to our customers at a completely different scale than today.”

“When designing these, our ambition was to make sure the new vessels could service our customers in a smarter way while contributing to their carbon-neutral transportation goals,” it earlier stated.

Unique to the industry, the design allows a 20% improved energy efficiency per transported container, when compared to the industry average for vessels in its size.

Additionally, the entire series is expected to save around one million tons of annual carbon dioxide (CO2) emissions, offering its customers carbon-neutral transportation at scale on ocean trades.

‘Clock is ticking’ for IMO to launch emissions reduction measures

Keppel Offshore & Marine Ltd is believed to be the builder of the Dmitry Mendeleev; vessel will commercial operations in the second half of 2021.