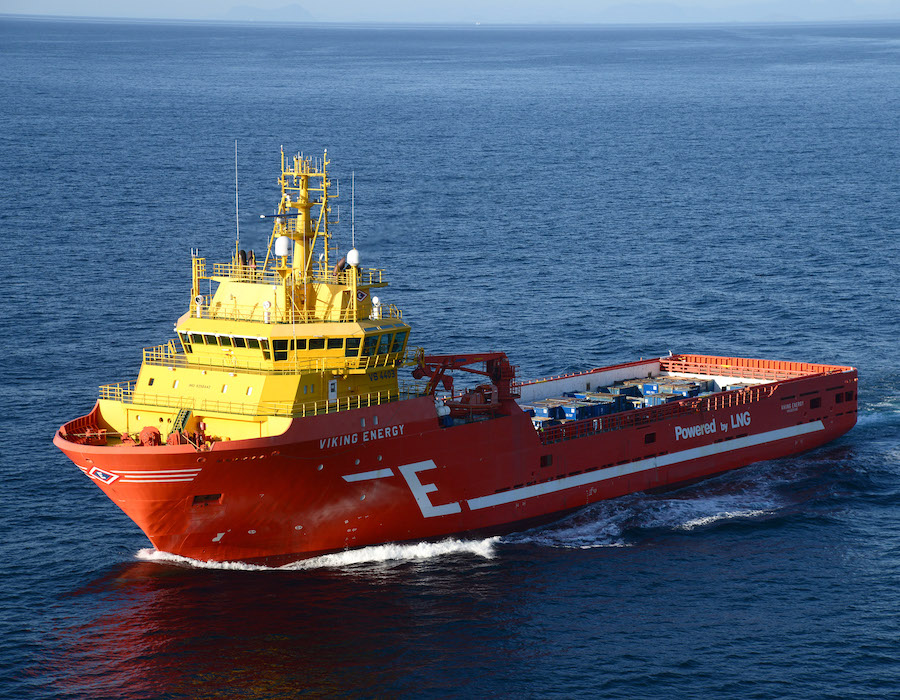 The project is being run by a consortium of 14 European companies and institutions that is coordinated by the Norwegian cluster organisation NCE Maritime CleanTech, and has been awarded backing from the EU’s Research and Innovation programme Horizon 2020 under its Fuel Cells and Hydrogen Joint Undertaking (FCH JU).

One of the major project milestones is to demonstrate the possibility of a long-range zero-emission voyages with high power on larger ships by installing a large 2MW ammonia fuel cell retrofitted into an offshore vessel Viking Energy.

This will allow Viking Energy to sail solely on the clean fuel for up to 3,000 hours annually.

ShipFC will also be aiming to achieve the following milestones:

The ammonia fuel cell system will be installed in Viking Energy in late 2023.

The project represents the latest stage in the long running collaboration between Equinor, Eidesvik and Wärtsilä.

The 6013 dwt Viking Energy was the first liquefied natural gas (LNG) powered ocean going vessels in 2003, and Eidesvik and Wärtsilä also collaborated on the 2009-built Viking Lady, another LNG-fueled vessel that was seen as a milestone in the transition of shipping with its installation of fuel cells and marine batteries.

“This is a result of hard work over time as we have continued to collaborate with Equinor on transformative projects,” said Eidesvik President & Chief Executive Jan Fredrik Meling.

“We are proud to be pioneers when it comes to introducing new energy carriers and fuels into the industry. This project to install the world’s first ammonia-powered fuel cell will help us continue our journey towards a decarbonized future and help maintain our competitive role”.

“We see projects such as the ShipFC conversion to use ammonia on a high-powered marine fuel cell as an important step in finding the right sustainable and clean solutions in the future,” said Equinor Senior Vice President for Joint Operations Support Cecilie Rønning.

NCE Maritime Cleantech cluster chief executive Hege Økland said ammonia is an abundant energy source and can easily be made from renewable resources, making it one of the fuels that will likely meet part of shipping’s future energy demand.

“Fair wind to the ShipFC project as it trials the route of maritime decarbonisation with green ammonia as a fuel and Solid Oxide Fuel Cell as a powertrain,” said FCH JU Director Bart Biebuyck.

Bart Biebuyck believes the project complements the portfolio of maritime projects supported by FCH2 JU: MARANDA and FLAGSHIPS, which use hydrogen as a fuel and Proton Exchange Membrane Fuel Cells.

Alongside NCE Maritime Cleantech (NO), Eidesvik Shipping (NO), Equinor (NO), Prototech (NO) and Yara (NO) in the European consortium are:

The new LNG-hybrid tug is the first of 12 tugs that Sembcorp Marine plans to design and build to replace the existing diesel-powered ones between now and 2025.

Total investment in project to introduce LNG bunkering, amongst other activities, around EUR 14 million.