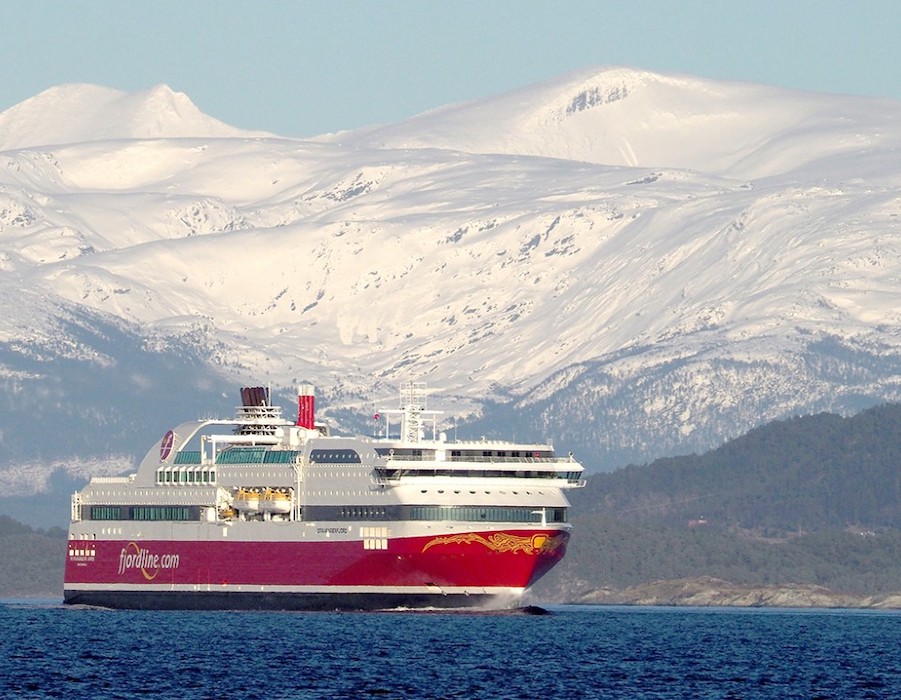 Coralius reached the 100th bunkering mark in February 2019 after 17 months of service since September 2017. Her next milestone of completing 200 deliveries was achieved this week.

Last year, Coralius provided 107 ship-to-ship bunkerings to various customers in locations ranging from Rotterdam to the Gothenburg waters, with the focus being mainly on the latter region.

“We normally supply LNG to Stavangerfjord by a loading arm on a regular basis directly from our LNG plant in Risavika,” explained Gasum Sales Manager Gunnar Helmen.

“It’s great to get this opportunity to supply the cruise ferry with LNG in dock in Denmark. Having been fueled with fresh LNG, Stavangerfjord will return to her regular Stavanger-Bergen-Hirtshals route. And we’re very happy to make our 200th bunkering delivery to Fjord Line in particular,” he concludes.

Stavangerfjord and her sister ship MS Bergensfjord are the first and largest cruise ferries in the world that are fueled fully on liquefied natural gas (LNG). They both started operating in 2013. Since then, Gasum has conducted hundreds of bunkerings to these vessels.

“We’re very happy with the longstanding relationship with Gasum and the support we’ve received over the years. We’re pioneers in LNG-fueled cruise ferries on this scale and, as such, not everything works according to plan in the early start-up years. In this context, a professional partner like Gasum makes this transition to a greener maritime world simpler and safer,” said Fjord Line CEO Richard Ternblom.

Coralius was built by the Royal Bodewes in the Netherlands and is the first European-built LNG bunkering and distribution vessel. It is equipped with state-of-the-art LNG transfer equipment for bunkering and has a cargo capacity of 5,800 m3.

Any proof of debt filed shall be regarded as a proof of debt to be used in any Statement of Proposals Meeting held by the company’s Judicial Managers, it said.

FOBAS tested several samples from Port Klang with TSP results exceeding the ISO8217 specification limit of 0.10% m/m between 07 to 16 March.

‘We’ll see what happens with Iran. If they do anything, it will be a very bad mistake,’ says President Trump.