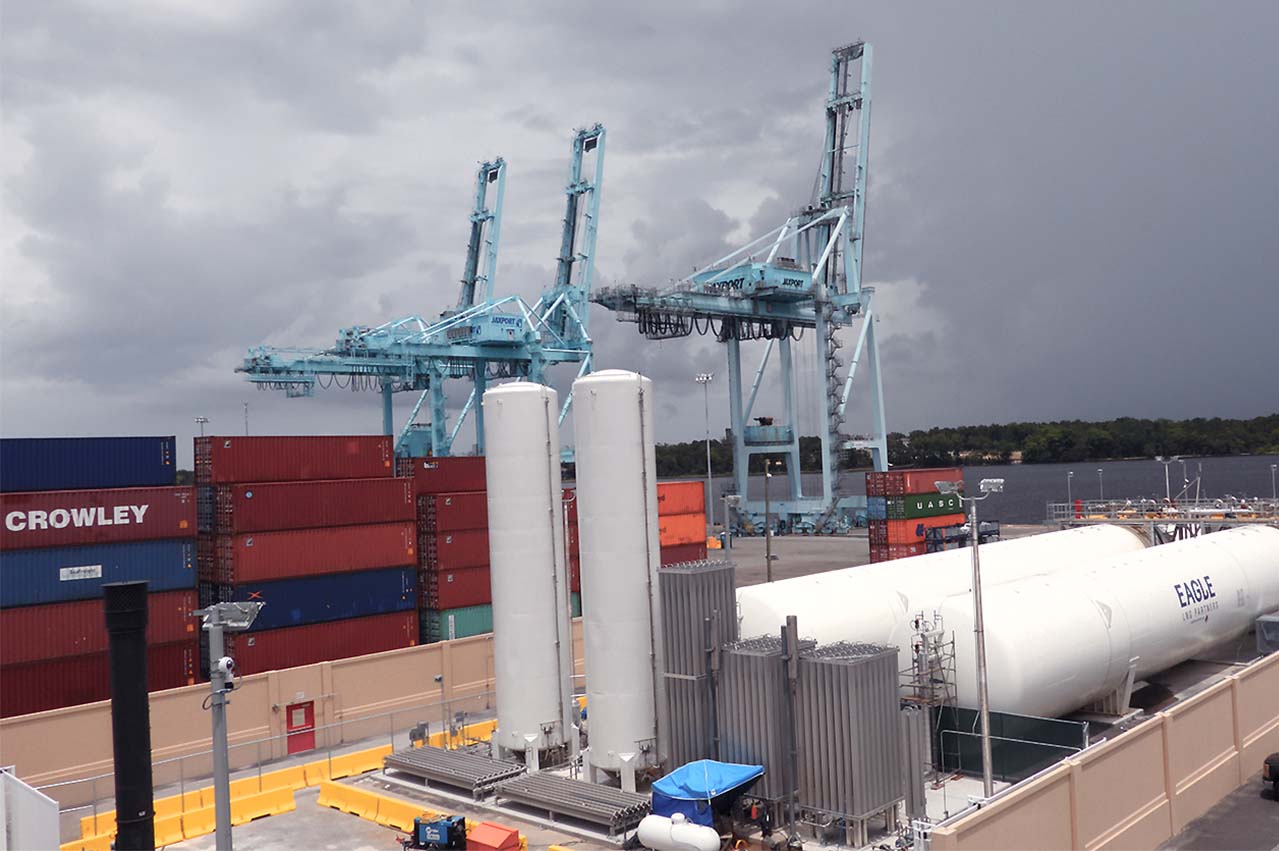 Eagle LNG’s marine fuel depot is a shore-side facility offering 500,000 gallons of LNG bunkering capability, and is designed to deliver a long-term LNG bunkering solution at JAXPORT for both domestic and international marine trade routes.

“It represents the start of Eagle LNG’s plans to build LNG infrastructure across the nation.”