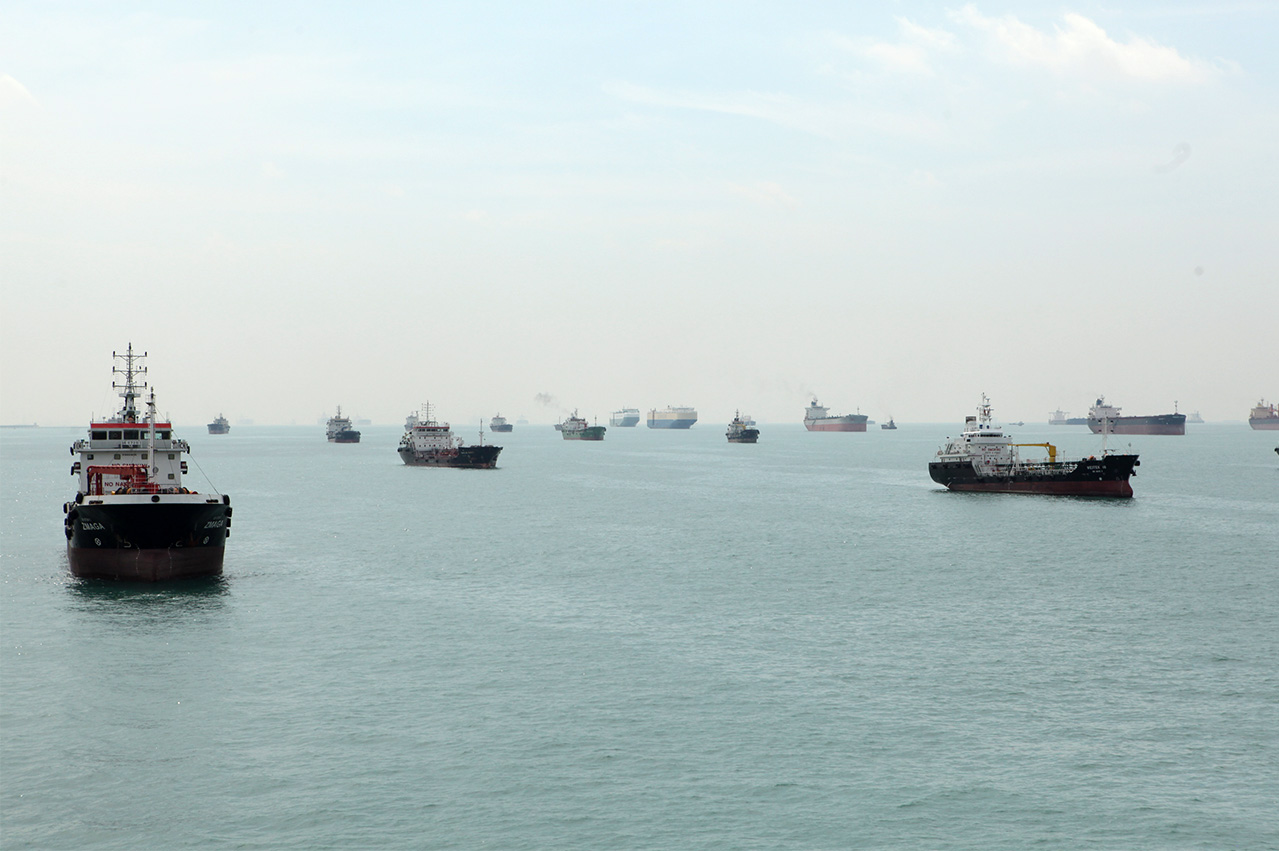 Singapore-based bunker suppliers have been hit by off-spec issues of marine fuel at the port causing cargo loading congestion at terminals. This could be fixed through increased regulation of the entire bunker supply chain, say players familiar with the matter.

The supply chain for bunkering at Singapore port largely depends on arbitrage fuel imported by oil cargo traders/producers which store the product at oil terminals. This cargo will in turn be loaded by bunker suppliers on their bunker tanker at appointed oil storage terminals for deliveries to receiving client vessels.

However, a recent increase of off-spec bunker fuel cases in Singapore have caused players to question the traceability of oil material. Contracts between different terminals and suppliers seen by Manifold Times have indicated fuel quality and quantity measurements by terminals to be final and binding.

The documents suggest terminals having no obligation to attend to off-spec fuel cases after loading cargo onto a bunker tanker.

“Legally, the terminals have a ‘get out of jail free’ card and it seems that the traceability of off-spec bunker fuel stops at the bunker tanker,” shares a source adding “it is a ‘take-it-or-leave-it’ situation as bunker suppliers still need the cargo to do business.”

“Bunker suppliers in Singapore typically rely on the Certificate of Quality (COQ) given by the terminal or cargo trader/owner to deliver the bunkers to receiving vessels. However, if there is a problem with the fuel the vessels will come back to suppliers and make a claim against them.

“Suppliers will retest the sample whose seal numbers are indicated on the BDN to ascertain the issue; if it is true they have to arrange for either debunkering, use a fuel additive to make the product compliant, come to a commercial settlement, or report the matter to the Maritime and Port Authority of Singapore (MPA) as a last resort.

"Bunker suppliers don't do blending; they just take the product from terminals and transport bunkers to the receiving ship. What terminals give, suppliers take. We are always on the losing end during off-spec cases."

Meanwhile, an operator in the bunkering industry notes the need for more transparent fuel sampling processes at terminals due to an alleged reluctance by terminals to openly share technical information.

“Terminals say they allow suppliers to witness shore tank sampling, but permission granted is in question. Also, it seems terminals do not reveal the distance from the jetty to shore tank,” he notes, while adding some terminals simply stick to taking samples from their shore tank, instead of the bunker manifold at the jetty or bunker tanker.

According to the operator, the pipeline between a shore tank and jetty can contain between 400 to 800 metric tonnes (mt) of fuel depending on size and distance.

“The amount of oil left in the pipeline represents a significant quantity for a bunker tanker which loads only a few thousand metric tonnes when compared to larger oil tankers; it is also the reason why bunker tankers are more sensitive to leftover fuel (from the previous loading) and need to know more technical details.”

Policies such as TR48, SS600, and SS524, also known as the Standard for Quality Management for Bunker Supply Chain (QMBS), introduced by the Singapore bunkering community further do not protect local physical suppliers of marine fuel from the unregulated oil storage terminal sector.

“SS524 talks about quality supply chain so effectively this should also involve onshore oil storage terminal; if SS524 was stretched to the shore terminal sector these off-spec bunker fuel cases may not occur,” he says.

“If SS524 included the terminals sector, the bunkering industry can at least obtain proper sampling from the loading manifold near the bunker tanker where oil terminal rep and crew can witness. Today, most of the loading sample given to bunker tankers are not witnessed by crew. This is a big problem and challenge.”

The off-spec issues, meanwhile, has left certain Singapore oil terminals not being able to offer compliant cargoes. This has led to bunker suppliers contracted to the non-operating facilities heading to other oil terminals to load cargoes, creating a chain effect leading to terminal congestion.

A survey conducted by Manifold Times found at least half a dozen off-spec bunker cases suffered by Singapore suppliers due to either cat fines or low flash point parameters. The total volume of off-spec fuel was estimated to be at least 20,000 mt.

"This ultimately puts Singapore at risk and a disadvantage because the quality of bunkers coming from the state country is questionable,” says a respondent to the survey.

“We are approaching 2020 and most of the low sulphur fuel oil (LSFO) are blended products; so how are we going to assure the shipping industry that this problem will not come to existence come 2020?"

Bad weather has delayed stems in GOLA and Zona Comun, and US Gulf Coast refineries have ramped up fuel oil production after Hurricane Ida struck.

Authorities made a record of administrative violations and escorted the fishing vessel to Vung Tau city for further investigations and handling in accordance with the law, says Vietnam Coast Guard.