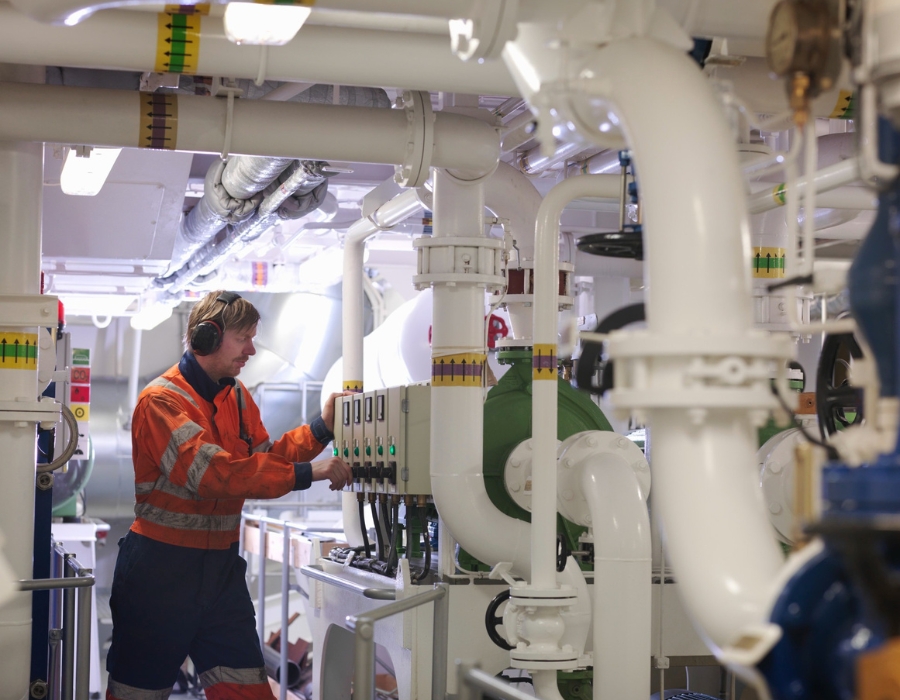 The following is an article titled “Innovative viscosity meter opens the way for smarter use of fuel oil at sea” written by Ian Mundell elaborating on a viscosity metre developed in a Knowledge Transfer Partnership between Imperial and Rivertrace that will help make shipping cleaner and more efficient. Below is an excerpt of the article published on the Imperial College London website:

An innovative device for measuring the viscosity of the fuel oil used in ship engines has been developed and commercialised thanks to a collaboration between Imperial and Rivertrace, a company specialising in instruments for the maritime industries.

The research and development was carried out under the Innovate UK Knowledge Transfer Partnership (KTP) scheme, which funds talented graduates and postgraduates while they work on innovation challenges set by companies. The challenge that Rivertrace set Dr Frederic Cegla of the Department of Mechanical Engineering was to find an effective, economic method of measuring the quality of the heavy fuel oil used in cargo ships and other large vessels.

This oil is the lowest grade of fuel produced in oil refining, and is loaded with impurities. “It’s just one step above the bitumen used to surface roads,” says Mike Coomber, Executive Chairman of Rivertrace.

The most problematic of these impurities are tiny fragments of the catalysts used in the refining process, and which are left behind in the fuel oil. These ‘cat fines’ are extremely hard and wear away the inside of a ship’s engine, increasing the risk of breakdown at sea.

In order to use this heavy fuel, it must first be heated up to around 100-150°C, so that its viscosity drops enough so that it can easily flow and can be  fed into the engines. Then it is passed through a hydrocyclone, a device that uses centrifugal force to separate out the cat fines.

“These hydrocyclones only have one mode, which is full-on,” explains Mr Coomber. “So, if you can better interrogate the quality of the heavy fuel oil, you can better control the purifiers, with a cost saving in the energy the ships have to consume to get an acceptable product to their engines.”

Being able to measure the fuel oil quality also opens up the possibility of predicting the wear and tear on the engine, allowing inspections and maintenance to be scheduled effectively.

Note: The full article titled “Innovative viscosity meter opens the way for smarter use of fuel oil at sea” can be found here.

‘There is more work to do, but we have solid foundations, which is contributing to the global fight against climate change,’ states Secretary-General Kitack Lim.

2nd Reconnaissance Group inspected the wooden hulled ship “KG 95945 TS” on 14 July and found no supporting documents proving the origin of the oil.