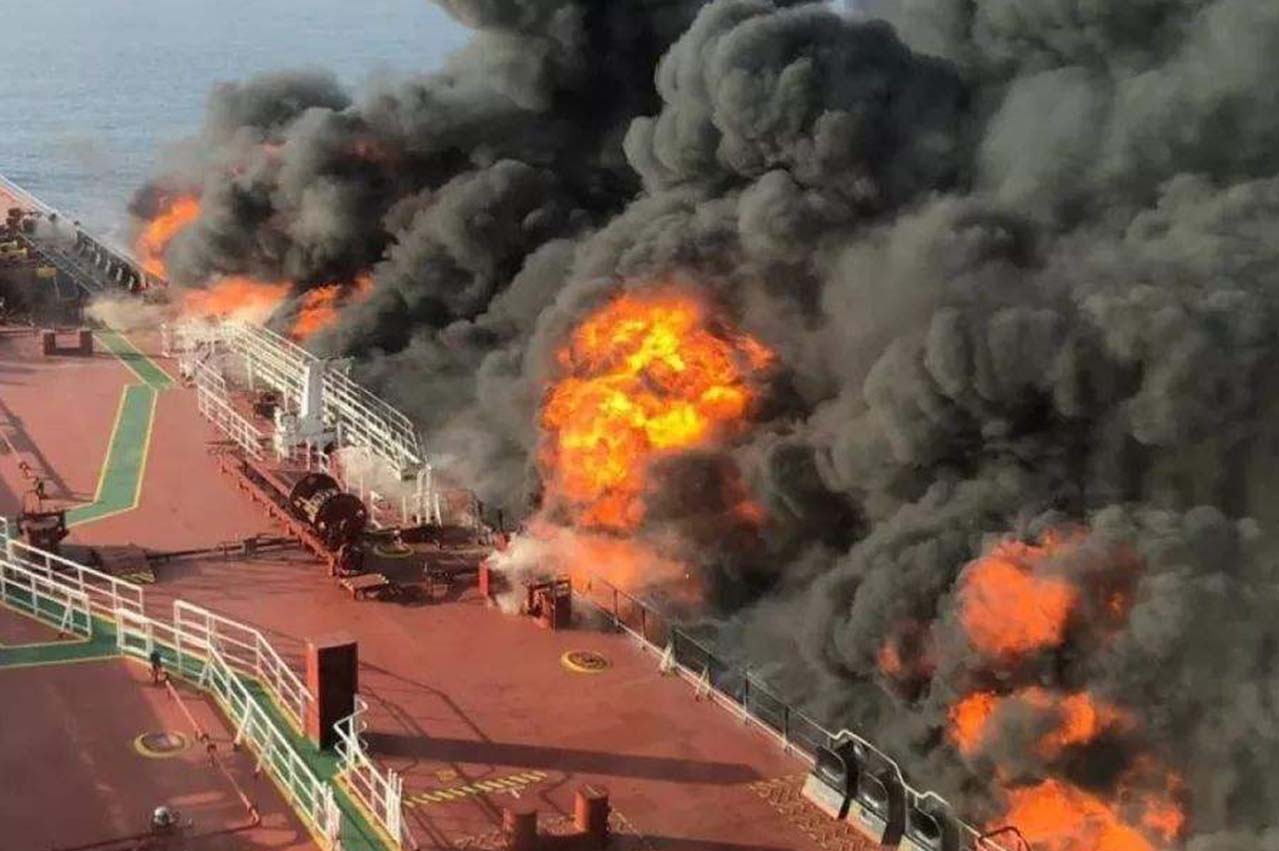 “These suspected attacks, coupled with the attacks in the UAE last month, concern me greatly. IMO has developed a comprehensive regime of regulation through the ISPS Code and the SUA Conventions and Protocols to prevent and respond to unprovoked, unlawful attacks on merchant shipping.

The threat to ships and their crews, peaceably going about their business, is intolerable. I urge all Member States to redouble their efforts to work together to find a lasting solution to ensure the safety and security of international shipping around the globe and protection of the marine environment.

I will carefully review the results of the investigations, once they are completed, to consider if additional IMO action is warranted.”

Highlighting the issue at the ICS Annual General Meeting in the Faroe Islands, the Board of ICS expressed the international shipping industry’s alarm at recent incidents in the region affecting ships and their crews.

“This suspected attack is a deeply worrying and intolerable situation. We await further clarification and information as to what has happened but we are relieved that there appears to have been no loss of life and that the crews are reportedly safe,” said Guy Platten, ICS Secretary General.

“This is the second incident in one month and the shipping industry, and most importantly the crews, must not be exposed to such risks.”

“The Straits of Hormuz are crucial for the world economy, and any deliberate attempts to threaten traffic through them are to be condemned in the strongest terms,” added Mr Platten. “The situation continues to develop and we will scrutinize it closely, providing assistance to the industry to safeguard world trade and, most importantly, the lives of the men and women whose daily task it is to ensure its continued flow.”

The attacks occurred just east of the Strait of Hormuz, involving a Marshall Island flagged ship and a Panama flagged ship.

“We strongly call for nations to do what they can to de-escalate tensions and ensure the safe passage of merchant shipping in the Strait of Hormuz,” says Angus Frew, BIMCO Secretary General & CEO.

“It is unacceptable that the lives of innocent seafarers are put at risk in these unprovoked attacks,” Frew also says.

BIMCO, which represents around 60% percent of the world’s merchant fleet measured by tonnage, is urging nations to defuse tension and work together through diplomatic efforts following the new attacks.

“We strongly call for nations to do what they can to de-escalate tensions and ensure the safe passage of merchant shipping in the Strait of Hormuz,” says Angus Frew, BIMCO Secretary General & CEO.

“It is unacceptable that the lives of innocent seafarers are put at risk in these unprovoked attacks,” Frew also says.

The Strait of Hormuz provides the only sea passage from the Persian Gulf to the open ocean and is one of the world's most important sea lanes. Disruption of shipping through the strait will have a major impact on the oil trade and the shipping industry.

“The increase in attacks and the escalated threat to seafarers is an urgent concern to the industry. Following the two most recent attacks, and while we await the results of the investigations of the attacks, the tension in the Strait of Hormuz and the Persian Gulf is now as high as it gets without being an actual armed conflict,” says Jakob P. Larsen, the BIMCO Head of Maritime Security.

The unprovoked attack against two tankers on innocent passage in international waters in the Gulf of Oman on Thursday 13 June, unacceptably threatens the lives of innocent seafarers, the fragile environment of the region and the economies of the world.

While damage was caused to two tankers, INTERTANKO says it is relieved that according to preliminary reports no seafarers were killed nor pollution detected. However, until such can be categorically confirmed, our first priority as an industry is the safety of those seafarers.

Dr Paolo d’Amico, chairman of INTERTANKO said: “Following two attacks on Member vessels this morning, I am extremely worried about the safety of our crews going through the Straits of Hormuz. We have people of every nationality and vessels of every flag transiting that crucial sea-lane every day."

Looking longer term, he added: “We need to remember that some 30% of the world’s crude oil passes through the Straits. If the waters are becoming unsafe, the supply to the entire Western world could be at risk.

“Once again the international shipping industry finds itself caught in the middle of a geo-political conflict over which it has no control. Along with our colleagues around the world who represent the interests of the international shipping industry, we call on the nations of the world to calm tensions in the region and do everything possible to protect the lives of the seafarers who navigate this vital sea route for the benefit of all.”

The latest incidents saw two INTERTANKO Members’ vessels suffer explosions at or below the waterline, in close proximity to the engine room while underway. These appeared to be well-planned and coordinated.

INTERTANKO’s Marine Director, Dr Phillip Belcher said: “This is a reckless attack on innocent seafarers who are being used as pawns and proxies in response to wider conflict. These attacks could also have resulted in a major pollution incident and calm heads need to prevail. The industry is working very closely together with all stakeholders to provide operational advice and guidance.”