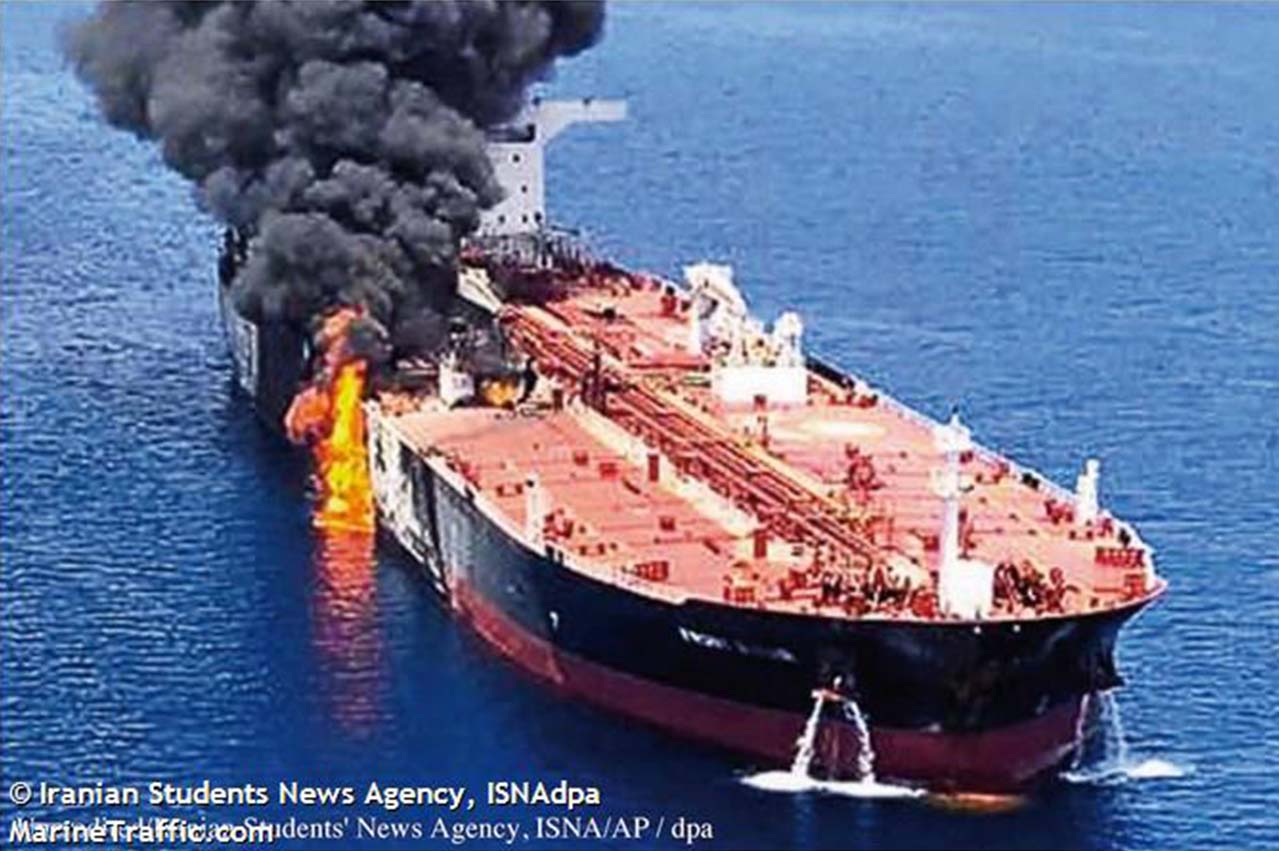 New York-listed tanker firm Frontline Ltd. on Friday (14 June) issued an update on the LR2 tanker Front Altair which was attacked on the morning of 13 June, at approximately 0500 hrs GMT, shortly after passing through the Strait of Hormuz in the Persian Gulf.

It noted all 23 crew members onboard the Front Altair unharmed after being rescued by the cargo vessel Hyundai Dubai and subsequently carried by an Iranian naval vessel to the port city of Jask.

“We commend our highly-trained crew, the vessel master and ship managers, for following protocol and operating according to the highest standard during this distressing and very serious incident,” it states.

“Frontline is profoundly grateful to all parties who have contributed to ensuring the safety of our colleagues.

Frontline was able to deploy emergency responders in a timely manner, who extinguished fire on the vessel within hours of the incident and ensured no pollution resulted.”

Meanwhile, the company clarified that the Front Altair still remains afloat and is being attended to by a salvage vessel.

“The Company’s modern vessels are designed to withstand catastrophic events in order to ensure the safety of crew and cargo,” it states.

“A rescue tug equipped with towing capability reached the Front Altair at noon on June 14 and two further support vessels will arrive on scene on June 15 with a specialist team to inspect the tanker and make recommendations.”

“The cause of the explosion remains unknown to the Company, although we have ruled out the possibility that it was caused by mechanical or human error. The incident will be thoroughly investigated by the Company along with third parties, including governmental officials, to determine the cause.”

Moving forward, Frontline says it will exercise extreme caution when considering new contracts in the Persian Gulf region and will also consider all possible measures to insure the safety of its vessels currently operating in the area.

The latest attack build upon tensions from “sabotage operations” of four commercial vessels, including a bunker tanker, in the Gulf of Oman, east of Fujairah during May.