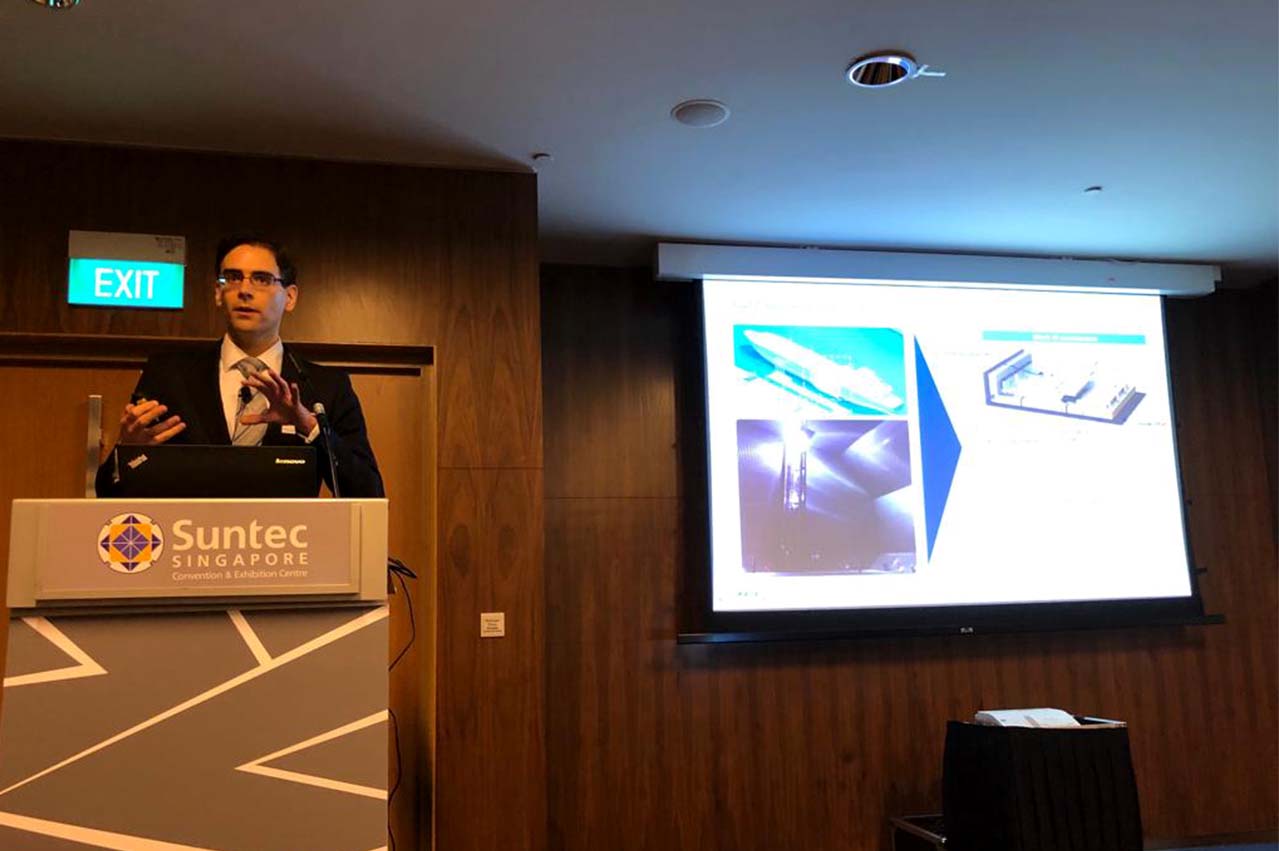 Stephane Maillard confirmed the fuel composition of LNG is well-known throughout the world and the material does not suffer from potential off spec and stability issues seen in traditional marine fuel oil when mixed.

However, operators will need to be aware that different locations offer different quality of LNG (in terms of its methane number) and the additional of a new LNG bunker stem into an existing tank is expected to change when different

He was answering a question from Manifold Times on the side lines at The Impact of Maritime Digitalization on the Future of Shipping and LNG seminar organised by Ascenz Solutions on Thursday (17 January).

“You will find different LNG qualities [methane number] around the world and mixing them together is possible; it is just an operational question of how to avoid cold rollover,” he says.

“This is relative to the density of the LNG fuel or design of the tanks that allow LNG to be poured either from the top or the bottom [to avoid cold rollover]. Otherwise, there is totally no issue.”

A LNG cold rollover happens when two separate layers of different densities exist in a tank, according to the International Group of Liquefied Natural Gas Importers.

As the density of two layers approach each other, the two layers mix rapidly, and the lower layer which has been superheated gives off large amount of vapour as it rises to the surface of the tank.

The main hazard from a rollover incident is the rapid release of large amounts of vapour leading to potential over-pressurisation of the tank.

“It is common to get information of the LNG quality before any transfer operation [such as in a LNG bunkering operation] though quality in terms of methane number can change a little bit after bunkering,” informs Maillard.

“It is just the initial loading. If you still have a bit of LNG in the fuel tank and pour the new LNG bunker fuel stem inside the tank, chances of cold rollover are very low.

“But if the tank is half full and you want to top up, you have to be aware of a change in quality [methane number]; if there is very low volume of LNG bunkers in the tank initially then it is ok.

“The part which needs more attention will be the engines. Fortunately, it is common for LNG engines to be able to run effectively on a range of methane number.”

Installation of the TBF700 plant is planned for the end of 2022 ahead of the vessel's first long-term charter with Shell in Q1 of 2023, says Houlder.

The 100-day conversion will take place at Damen Shiprepair Dunkerque in the second half of 2018.

MPA broadcasted its Request for Proposal in October and will issue up to two additional LNG bunker supplier licenses to support growing market demand.