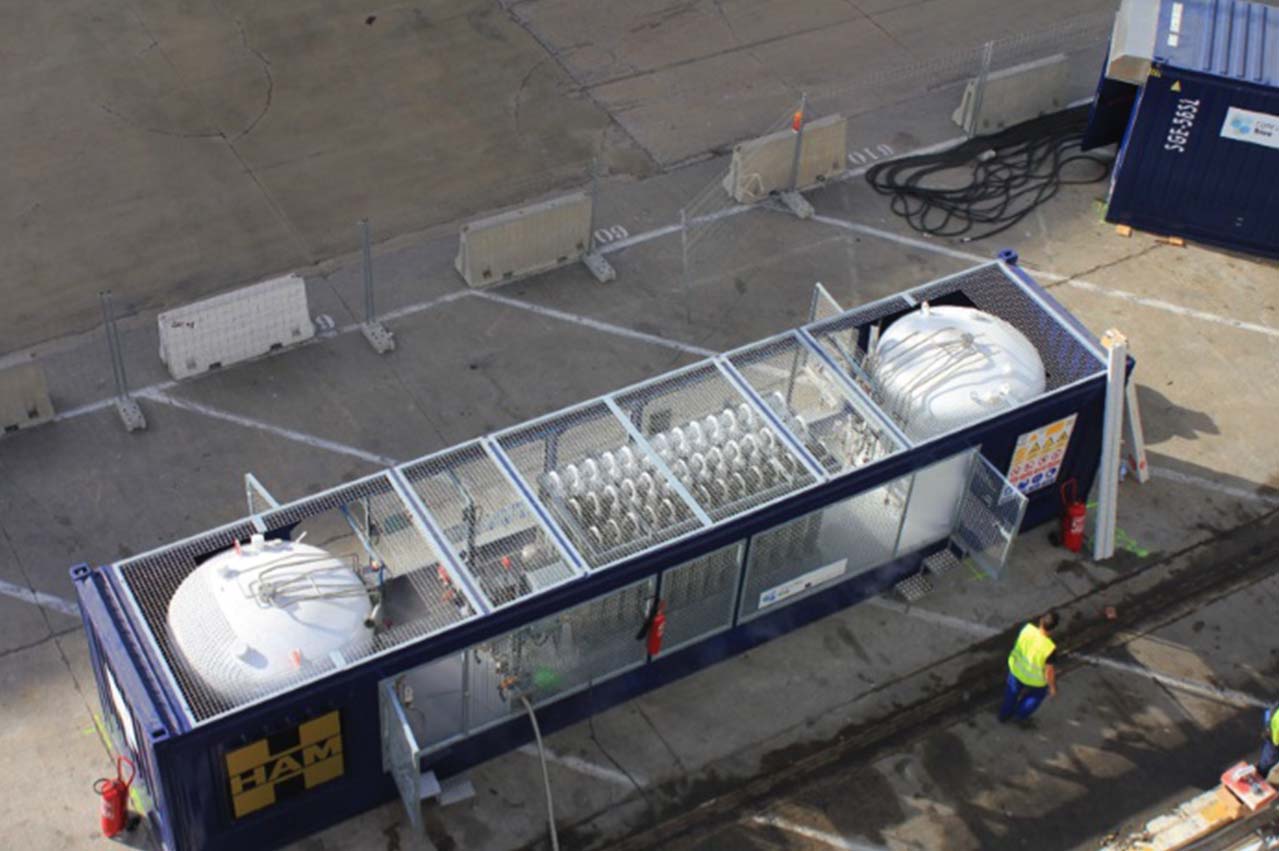 The Port of Barcelona on Monday (28 January) shared several liquefied natural gas (LNG) driven initiatives for maritime use which it carried out in 2018.

It highlighted a CORE LNGas hive project involving the feasibility study and design of a tug boat, with a dual fuel engine capable of running on diesel and LNG.

“The project commenced two years ago and remains ongoing.”

The port is also involved in another CORE LNGas hive project to use LNG as a fuel to generate independent on-board power supply for visiting ships berthed at the quayside.

It estimates that 71% of total NOx emissions emanate from vessels whilst being moored alongside the quayside.

“To reduce this impact, a further CORE LNGas hive project involving HAM, Siemens, Suardiaz Group, Bureau Veritas and the ports of Barcelona, Vigo and Tenerife have teamed up to establish a pilot project to supply electricity autonomously to ships alongside,” it shares.

“They have deployed two containers at the quayside: one which contains a regasification unit with two LNG tanks which provides gas to an 850kW generator set which runs on gas and is capable of generating electricity connected by special cable to the ship alongside.”

Meantime, it notes ferry owner-operator Baleària to be piloting an on-board natural gas-propelled auxiliary motor on board its ship Abel Matutes as part of the European Union’s CEF Programme with Project Cleanport.

The motor generates electrical power whilst in port and during arrival, departure and docking manoeuvres on its Barcelona-Palma route, reducing emissions.

“The first truck-to-ship LNG transfer with the ferry took place at the Port of Barcelona in February 2017 following a signed agreement by Naturgy (formerly Gas Natural Fenosa) and Baleària to supply its vessels with LNG at the ports of Barcelona and Palma de Mallorca,” it says.

“This pilot programme has supplied LNG to Abel Matutes which has installed the gas-powered engine and a 30 m3 tank (enough for one week) on deck 8. The new engine is fully integrated into the ship's electricity plant, which enables it to operate by disconnecting its auxiliary engines.”

Last November, also as part of the European Union’s “Connecting Europe Facility” project, Baleària announced it would begin retrofitting its ferry Napoles to operate on dual fuel, permitting their vessels to travel a distance of 1,200 miles on LNG.

Five other Baleària ferries are lined up for the same conversion and the Port of Barcelona shall be prepared with LNG barges to supply fuel, it notes.

‘Let's think of how we can achieve this goal together; “and” not “all”; “multiply” not “divide” and “integrate” not “differentiate”’, states Senior Minister of State for Foreign Affairs and Transport.

Agreement provides commitment and framework for two bodies to collaborate and share knowledge.

‘We aim to deliver LNG anywhere and will add both Bio-LNG (BLNG) and Syn-LNG (SLNG), when available to decarbonize further,’ said Commercial Director.