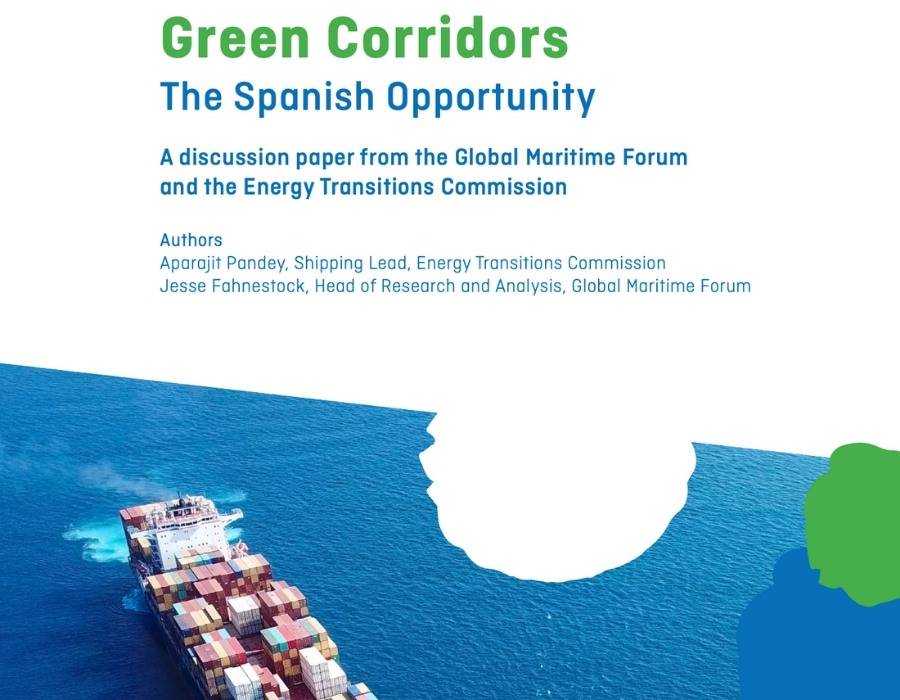 The Global Maritime Forum (GMF) and the Energy Transition Commission (ETC) has released a discussion paper to explore the concept of “Green Corridors” for shipping decarbonisation.

The paper Green Corridors – The Spanish Opportunity was done in collaboration with the United Kingdom’s COP26 Presidency and the British Embassy in Madrid.

It presented a preliminary analysis by the GMF and ETC, and does not seek to propose specific routes or ports that could be involved in a Spanish Green Corridors effort, nor suggest which countries, regions, or ports should be considered potential international partners.

The paper concluded Spain has many advantages to bring to the creation of Green Corridors: strong companies throughout the value chain for international shipping; clear advantages in the production and distribution of future bunker fuels; potential demand for decarbonised freight; and a constructive arena for policy action.

“Setting shipping on the necessary decarbonisation trajectory will mean taking action on Green Corridors urgently. The opportunity to leverage its comparative advantages means that the case for action from Spain is even stronger,” the report concludes.

“The public and private sectors in Spain should begin to assess and prioritise routes that could become Green Corridors, start stimulating stakeholder engagement, and subsequently look to develop route maps to guide the industry and policy actions to come,” it said.

Note: The full discussion paper on “Green Corridors – The Spanish Opportunity” can be viewed here.

Some ships reported build-up of red deposits on piston crowns and top edges, since the switch to VLSFO particularly on older two-stroke marine engines, it said.