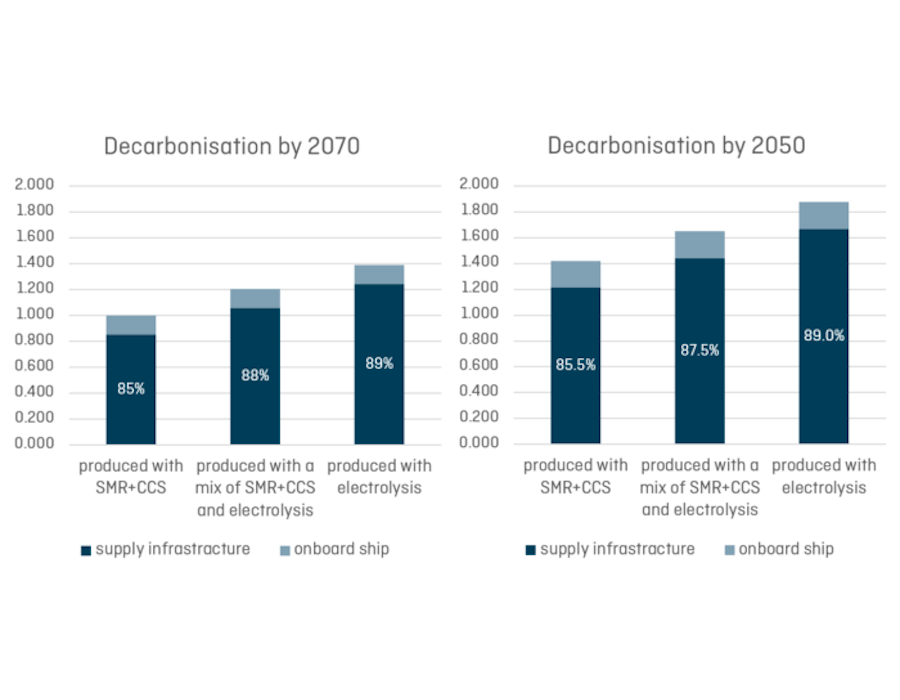 Below is the key summary of the study:

The scale of cumulative investment needed between 2030 and 2050 to achieve the IMO target of reducing carbon emissions from shipping by at least 50% by 2050, is approximately USD 1-1.4 trillion, or on average between USD 50- 70 billion annually for 20 years.

Investment needs can be broken down into two main areas:

Whilst research and development is valuable across all technology areas pertinent to shipping’s decarbonization, the opportunity to reduce the overall costs of decarbonization:

“Finally, it is important to note that the significant investments needed to decarbonize shipping can only be expected to happen if there is a long term commercially viable business case,” states the authors.

“Technological developments alone – although very important – are not expected to be enough to create such a business case as the costs of zero emissions fuels are expected to be significantly higher than traditional fossil fuels used in shipping in the coming decades.”

Ecobunker said it will continue to promote eco-friendly bunker fuel, and contribute to develop Tokyo Bay as one of the world’s leading LNG bunkering hubs.

BIMCO: Floating storage clause for tankers - what to cover

While using oil tankers for floating storage is not new, the current surge in demand due to COVID-19 and plummeting oil prices give rise to unprecedented challenges.