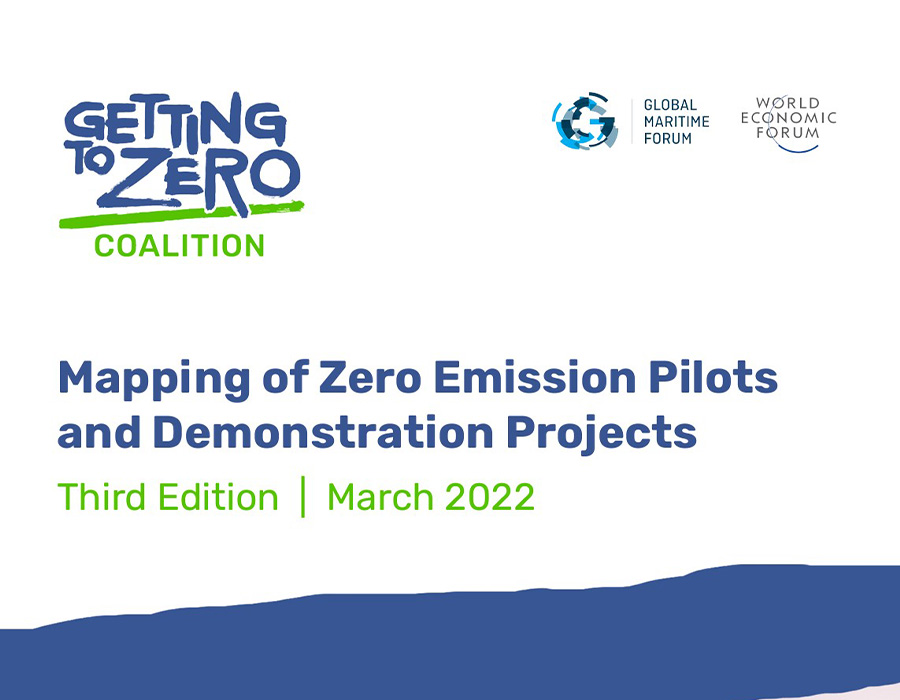 Getting to Zero Coalition, a partnership between the Global Maritime Forum and the World Economic Forum, on Thursday (31 March) said it has recorded significantly more projects – up from 106 to 203 – focusing on ship technologies, fuel production as well as bunkering and infrastructure in 2021.

The observation was amongst others highlighted from the third edition of Getting to Zero Coalition’s Mapping of Zero Emission Pilots and Demonstration Projects report.

This edition of the report includes more detailed information on vessel types, fuel focus, and technologies under development, which could help the industry and regulators to track emerging trends and specialization.

“We hope that by continuing to develop a better understanding of the scale and diversity of zero emission pilots and demonstration projects already underway, the mapping can build confidence in the transition to zero emission shipping,” says Jesse Fahnestock, Head of Research and Analysis at the Global Maritime Forum.

Some of the key findings in this year’s mapping include an increased focus on hydrogen-derived fuels, a higher number of large vessels targeting ammonia and methanol, more bunkering and infrastructure projects, as well as the emergence of fuel production in Oceania.

“Electricity-derived fuels, particularly hydrogen and ammonia are increasingly taking a larger share of the industry’s focus, with 42 of the fuel production projects involving so-called “Green Hydrogen” based on electrolysis,” Jesse Fahnestock says.

Connecting the value chain through pilots and demonstrations

Most projects in the mapping, 114, have a connection to Europe. However, the new mapping includes 60 Asian projects, up from31 in the second edition.

In addition to a wider geographical focus, the mapping study has in its third version been expanded to include a new category focusing on the parts of the value chain involved in each project.

The Getting to Zero Coalition’s recent report The Next Wave: Green Corridors identified cross-value chain collaboration as one of the key building blocks to establish green corridors. Building on the findings of the report, the mapping has been expanded to track parts of the value chain involved in pilot and demonstration projects.

“Almost all projects included in the mapping study involve multiple stakeholders and parts of the value chain,” says Jesse Fahnestock. “Nonetheless, it remains challenging for projects to establish all the necessary links, such as those to charterers and cargo owners, in the context of a pilot or demonstration. This reinforces the need for Green Corridors to help build those connections.”

The Getting to Zero Coalition’s Mapping of Zero Emission Pilots and Demonstration Projects is updated on a continuing basis.

The third edition of Getting to Zero Coalition’s Mapping of Zero Emission Pilots and Demonstration Projects can be downloaded here.