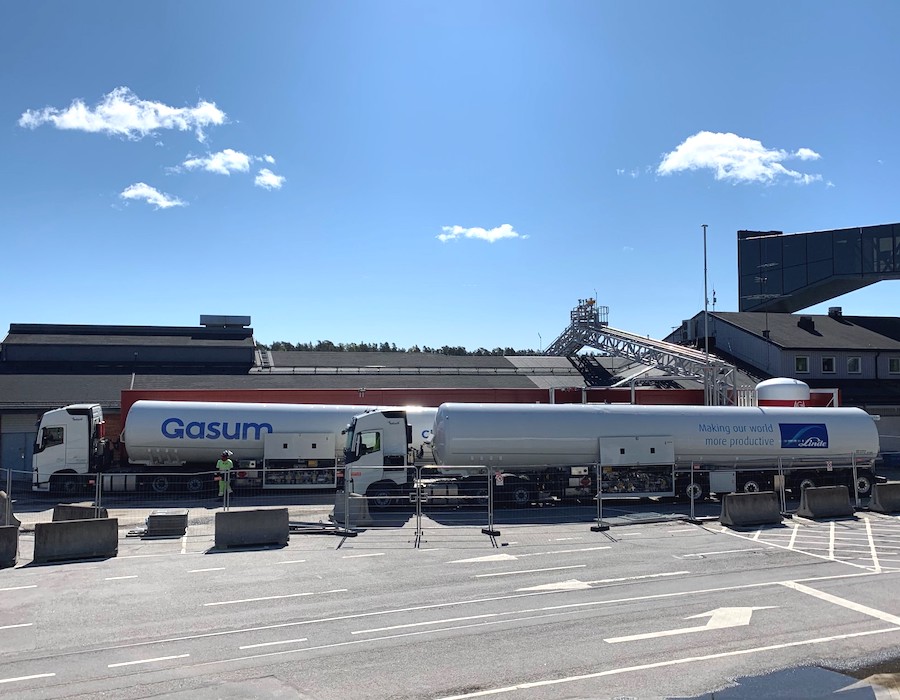 The company said the set-up design enables bunkering at high speed from two trucks at the same time while performing unloading or loading operations.

Ferries were previously bunkered using single trucks which was both time consuming and affected the ferries’ main operations and schedule.

“Being able to bunker fuel from the new station is a big step forward for our operations. We fuel faster, more efficiently and during our normal operation hours,” said Christer Bruzelius, CEO of Destination Gotland.

“Passengers disembark and embark and goods are unloaded and loaded while bunkering. High precision and prompt deliveries from our side are needed in order to keep to the vessels’ ordinary schedule.”

The station is located at the Port of Stockholm premises, 5 kilometers from the existing Gasum LNG terminal so Gasum’s LNG trucks can efficiently transport the fuel.

Kvarken Link, owned by city of Umeå and city of Vaasa, has ordered the newbuilding to link both areas.