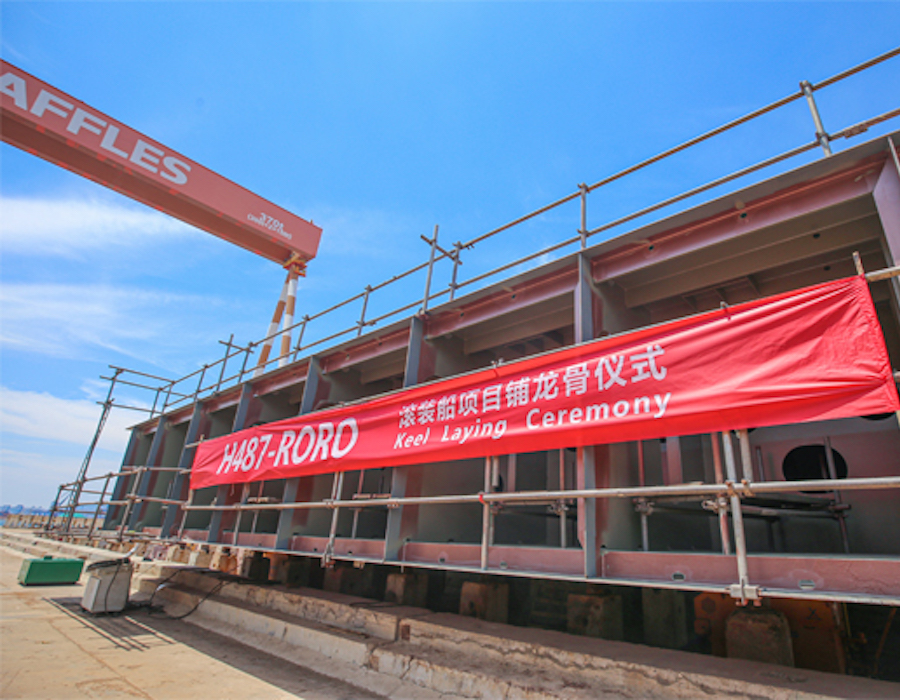 The keel laying ceremony of the 1A super ice classed, 5,800 LM series vessel was conducted on time, which means the construction of the vessel has started comprehensively in full speed, stated CIMC Raffles.

“The punctual keel laying of the vessel solidates the whole vessel’s construction and delivery within schedule,” added assistant president and project director of CIMC Raffles,He Changhai.

“Through working with the owner side closely, I hope the whole project team including our partners and suppliers could continue the spirit of coordination and optimisation, and I am confident that we will deliver the series vessels to our client on time with satisfactory quality.”

“We see LNG as the best realistic fuel option right now. LNG will have to be a step on the road toward the biofuels for which our ships are ready, but the production of such alternatives is currently too low at present,” said Martin Carlweitz, who works with operations in Liner Service at Wallenius SOL.

“The ships are also prepared for what is known as peak shaving, where surplus power from the engines is used to charge a battery. We’ve prepared space, wiring and ventilation, and the only thing missing is the battery itself. The idea here is to use power from the battery, e.g. for manoeuvring the ship in port.”

Wallenius SOL is a joint venture between Wallenius and Swedish Orient Line (SOL) formed to build and operate the LNG-powered MegaRoRo newbuildings. Wärtsilä develops a customised solution that allow its LNGPac storage and supply system to be installed below deck without compromising the cargo hold space.

The LNG bunkering vessel is owned by MOL, built by Hudong-Zhonghua Shipbuilding and chartered by TMFGS to service customers in the Marseille-Fos area.