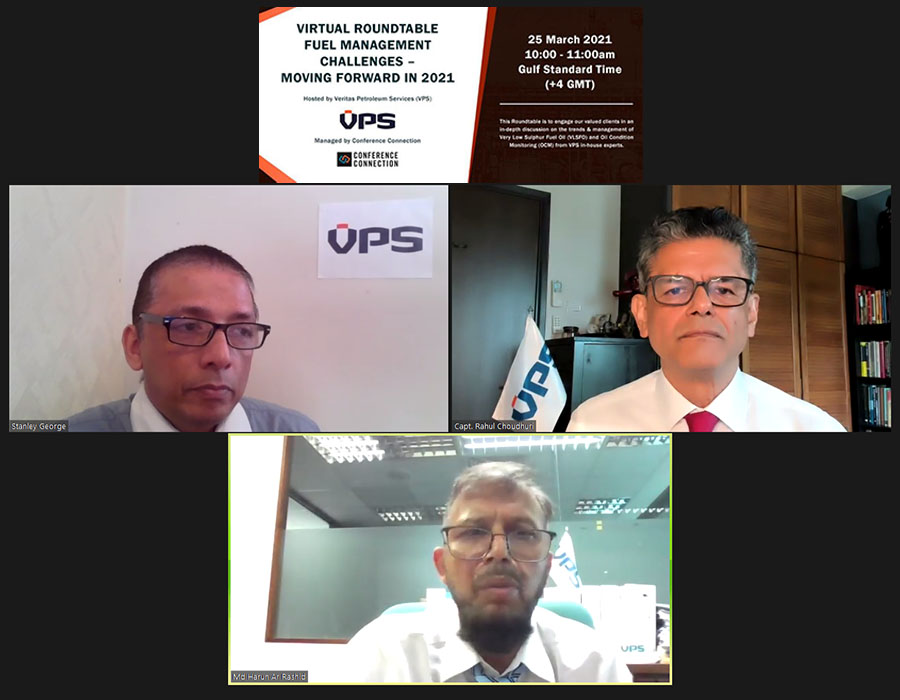 A rising number of major shipowners have already begun trials on emerging marine biofuels to power their commercial vessels, according to experts at international fuel testing and inspection company VPS.

Independent studies on the properties of marine biofuels, though used by a small group of vessels in the market for several years, have largely been unavailable due to the product’s small uptake.

However, biofuels are now increasingly being trialled by a variety of shipowners and operators due to IMO 2030/2050 and several samples have landed in VPS’ international labs, notes its Managing Director AMEA.

“In the last three or four months we have seen shipowners big and small testing out biodiesel and biofuels with different levels of FAME (Fatty Acid Methyl Ester),” shared Captain Rahul Choudhuri in response to a question from Singapore bunkering publication Manifold Times.

“Based on testing and feedback from numerous operators, there’s nothing really wrong with the fuel; everything seems to be okay.”

Captain Choudhuri’s thoughts were echoed by Md Harun Ar Rashid, Technical Manager at VPS, who shared the volume of biofuel bunker samples tested by VPS in the first quarter of 2021 was already equal to the entire amount tested in 2020.

“The advantage of biofuels is that it is easy to handle and doesn’t need infrastructure unlike liquefied natural gas (LNG),” Rashid explains.

“It has good ignition combustion quality, is low in aluminum silicon content, and possesses good energy value. Generally, the cold flow properties of biofuels are a little higher than marine gas oil but if you have heating, it should be fine.

“Also, another important point is actually most biofuels have a sulphur limit of 0.1% and 0.5%. So, if you have done the trial you can basically use a single grade for both Emission Control Areas (ECAs) and international waters.”

Stanley George, Group Technical & Science Manager at VPS, was positive of biofuels as a marine fuel – but warned of its shortcomings.

“We’re still all in the learning curve but based on what experience we have with biofuels at the moment it is safe to say that it is a good quality fuel and I think there is a good scope of using the material as a marine fuel,” he says.

“However, at last check we have also found biofuels to cause corrosion of the bunker fuel tanks due to oxidation; hence, proper storage of biofuels is critical.

“Discounting the various types of biofuels available in the market, there are also many do’s and don’ts when using biofuels as a marine fuel that shipowners need to take note of.”

Similar to the total sediment potential (TSP) and reserve stability number tests conducted for VLSFOs, biofuel bunker samples will need to undergo an oxidation and stability test with condition monitoring to understand their potential for prolonged storage, recommends Rashid.

“We will be happy to advise and guide shipowners and operators on how trials should be conducted; several of our biggest clients are already on the trial phase and will be buying and using this new breed of alternative fuel very soon.” 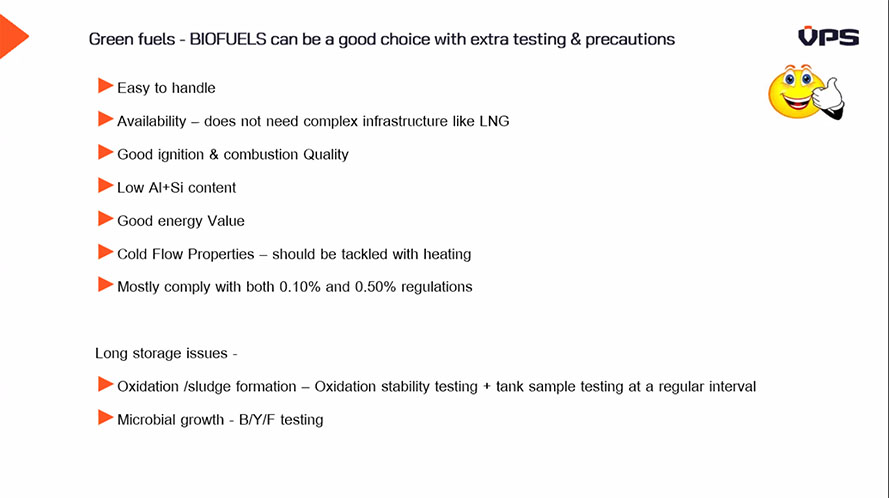 Joint research was initiated at the Gastech trade fair in Houston 2019 where they agreed to jointly develop low and zero carbon solutions for shipping.