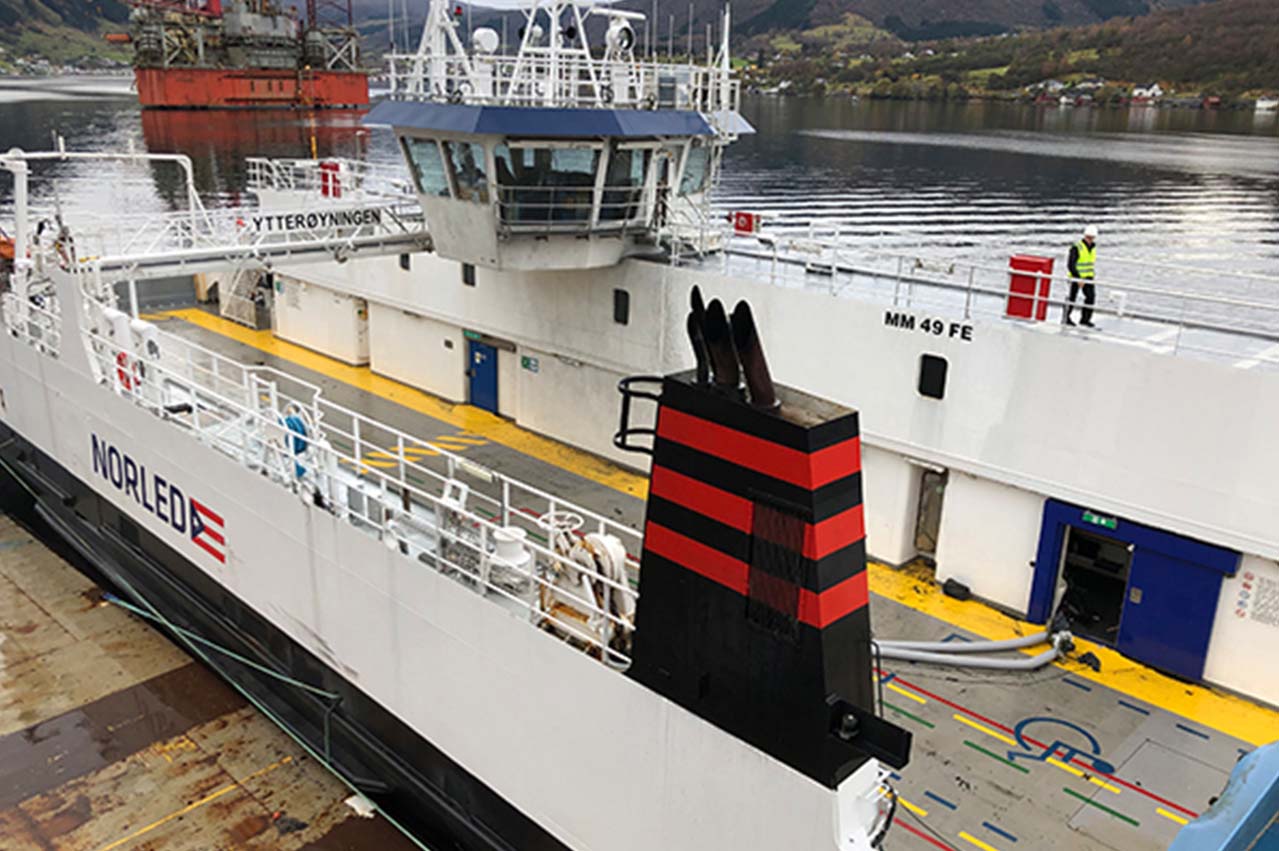 Developer and supplier of advanced energy storage systems (ESS) for maritime, offshore, subsea and port applications Corvus Energy on Thursday (12 December) released results of a preliminary investigation in regards to a fire onboard hybrid car-ferry Ytteroyningen on 10 October.

“The investigation and findings so far show that the fire was most likely due to a coolant leak from a gasket in the Corvus liquid-cooled energy storage system and that it was a one-off event,” says Geir Bjørkeli CEO of Corvus Energy.

“For Corvus it is important to release the preliminary conclusions on the cause of the fire on board Ytteroyningen, thus avoiding speculation and uncertainty regarding the safety of lithium-ion battery-based energy storage systems. Safety has been, is and will always be Corvus Energy’s first priority.”

Based on the investigations aboard the vessel, supported by external experiments and analysis, the following preliminary conclusion has been made:

The fuel is a 0.50% sulphur residual-based fuel (VLSFO) processed with a second generation waste-based FAME component and will be available later this year, it said.

Toyota Tsusho Petroleum also supplies biofuel produced in Europe and sold by GoodFuels, a biofuel producer in the Netherlands, for foreign ships at Singapore port.

Solution supporting guidelines to build the most sustainable and energy efficient ROPax ferry in the world.

Research recommends countries to avoid new public policies supporting LNG as a bunker fuel and continue to regulate methane emissions, amongst others.