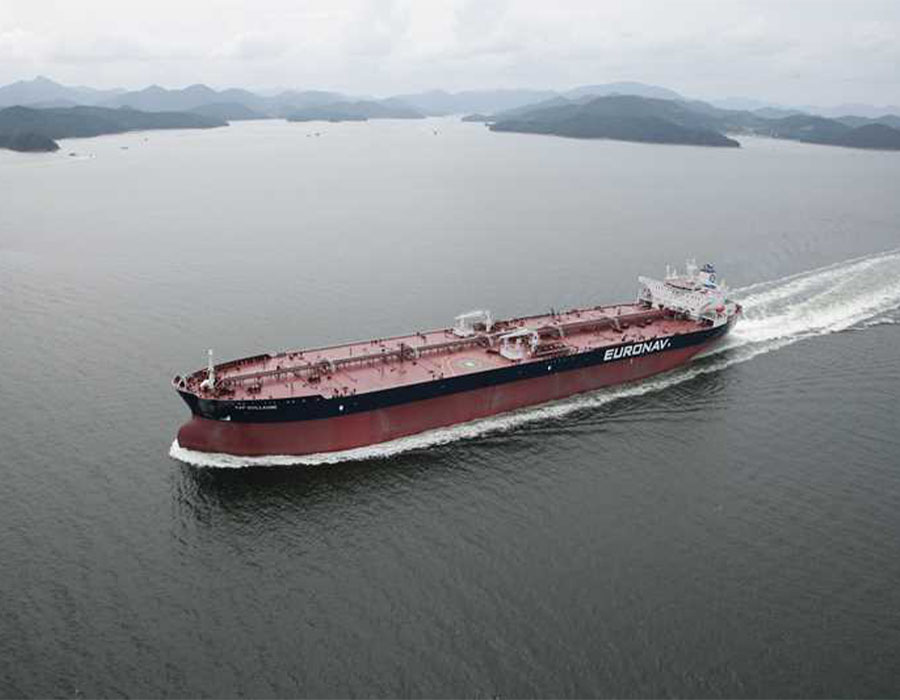 Belgium-based independent oil tanker company Euronav on Thursday (18 November) said it has completed a B50 biofuel bunkering trial on Marlin Sardinia following a recent B30 bunker test on Suezmax Statia.

The Suezmax vessel Marlin Sardinia was bunkered with 240 MT of B50 biofuel blend manufactured by TFG Marine.

Just as the B30 biofuel blend, the B50 was supplied in the port of Rotterdam, where there is a government incentive in place to allow for cost effective blending of biofuels into marine fuels (Incentive Scheme for Climate-Friendly Shipping), it states.

The first analysis of the fuel was performed before bunkering and confirmed that the fuel met the parameters and that it was suitable for the vessel.

A second analysis of the fuel was executed in August, while the Marlin Sardinia was sailing in laden conditions from Rotterdam to Rio de Janeiro, Brazil.

The results of the test were received after passing Cape Town and showed no differences in the parameters and quality of bunkered B50 biofuel.

The results permitted the Marlin Sardinia to submit the B50 biofuel blend to a 24-hours trial in good weather between Cape Town and Singapore.

About 45 MT of the biofuel was used for the main engine and auxiliary engines (generator and boilers).

The trial showed no issues on any of the engines or significant differences in operations. After the trial the Suezmax switched back to using standard High Sulfur Fuel Oil (HSFO).

It implies that upon entrance into the areas, the vessel needs to be burning a 0.1 % maximum sulfur fuel oil (SFO), where most vessels opt to use Marine Gas Oil (MGO).

As well as when the vessel is in port, the ship switches to lower sulfur 0.1 % fuel oil as required by local port regulations.

Upon arrival into the port of Singapore the Marlin Sardinia switched again to the use of B50 biofuel blend.

When the vessel departed from the port of Singapore in October 2021, the remaining B50 had been used just as any other fuel on the vessel and fully consumed.

The second trial builds upon the experiences and knowledge already gained within Euronav on the use of biofuels. Going forward the company will continue to test and evaluate the stability and longevity of bio blended bunker fuels as a first step in achieving decarbonisation goals.

“Ensuring that bio blends remain in a homogenous state whilst in transit is a key aspect that needs to be tested in order to ensure operational stability on the vessel,” says Rustin Edwards, Head of Fuel Oil Procurement.

“This voyage and intermittent use of the MGO B50 blend allowed us to document the stability over time and further enhanced our understanding of the long-term handling of such fuel mixes in the future.”

Besides exercising regulatory control, it is suggested that flag states view the decarbonisation journey as a business opportunity while development funds are being established.

Prices for delivered VLSFO in South Korea have been commanding an average premium of $28/t to Singapore and Zhoushan prices so far this year, reports Argus Media.

GRM-EOT Ltd has recently been awarded a bunkering licence from the Mauritius Ports Authority, according to a TFG Marine announcement.