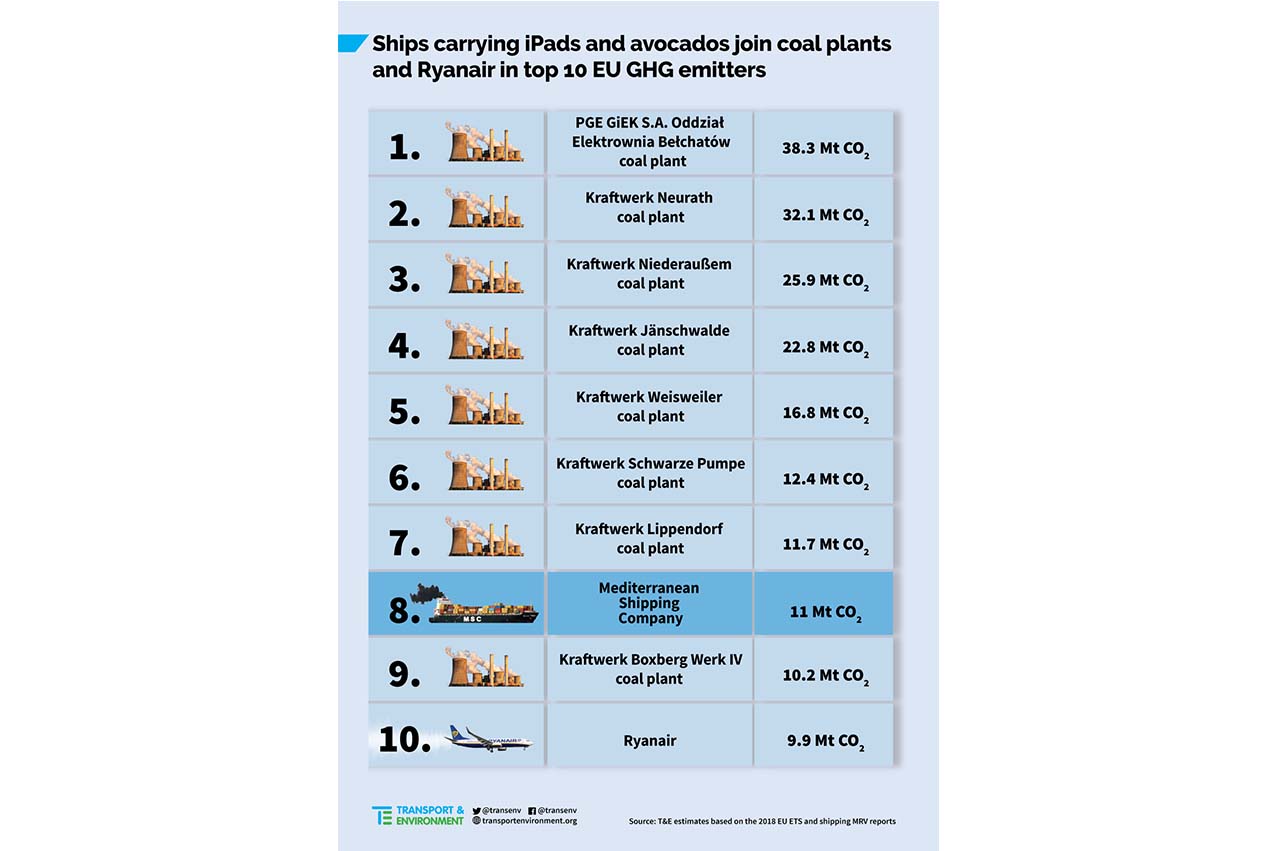 The MSC fleet, which moves consumer goods, ranging from electronics and fresh fruit to clothes and toys, was responsible for about 11 million tonnes (Mt) of CO2 emissions in 2018.

T&E analysis of the data shows that MSC would be the 8th biggest emitter in the bloc if shipping was part of the EU’s emissions trading system.

“A company that consumers have never heard of has joined the top 10 polluters list in Europe,” said Faig Abbasov, shipping manager at T&E.

“This industry doesn’t pay a cent for its carbon emissions and the EU has so far done nothing to curb its damage. European trade doesn’t have to be dirty just because EU leaders have neglected to clean up shipping.”

T&E said this was an essential first step to rein in the sector’s climate impact. But additional measures, including a CO2 standard for how much ships can emit while in operation, will also be needed to accelerate the uptake of zero-carbon fuels and technologies.

“To make shipping do its fair share, Europe must bring shipping into its carbon market and mandate CO2 standards for all ships calling at its ports.”

The maritime sector is exempt under EU law from paying tax on its fuel, a subsidy worth €24 billion ($26.55 billion) a year.

The Energy Efficiency Design Index will be the paramount emissions benchmarking indicator which BIMCO will implement to simplify reporting, it said.