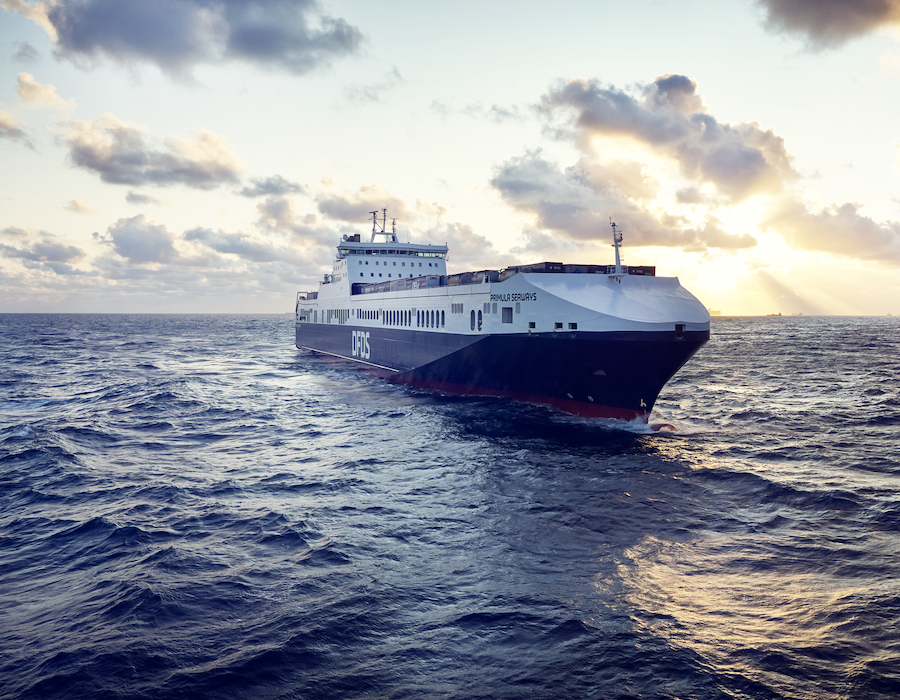 The company said its short-term plan is to reduce emissions by about 45% from 2008 to 2030 and its main focus is on existing vessels and minor technical upgrades.

DFDS said it will use solutions such as performance coatings on vessel hulls and decision support systems onboard and in the office. Its fleet will also undergo major upgrades with modifications of bulbs and propellers.

The plan is based on careful analysis of how the company operates today, and which areas have the greatest potential for improvement, it added.

DFDS will employ a tool based on artificial intelligence (AI) that will monitor its vessel operations and obtain data on where it has excessive fuel consumption, both on routes and on individual vessels.

“This new smart AI system located on the vessels’ bridge will give the crews qualified directions on what is the right speed and also real-time advice on which route will help the fuel on board last longer,” said Jacob Pedersen, Head of Projects & Implementation in DFDS.

“After a crossing, there will be a report on what the crew has done well in terms of consuming fuel, and also where they can improve.”

The company further said it plans to introduce small amounts of methanol in its existing propulsion machinery on many of its vessels, in the four stroke engines that make up the majority of its fleet.

Together with onsite-produced hydrogen, it will inject the methanol into combustion chambers, replacing up to 10-15% of the heavy fuel oil needed to fuel the same voyage today.

This technology is still under development and DFDS expects it to be approved by engine manufacturers during 2020. The company says it has already done initial testing and the results look promising.

“We are constantly scanning the market to pinpoint new ways of optimising what we have,” says Thomas Mørk, Vice President of DFDS’ Technical Organisation.

“We continuously assess where we should set in based on where we can harvest the greatest effect. The bottom line is that not only are we saving the environment from thousands of tons of CO2 every year, we are also able to work with fuel consumption in a smarter way.”

‘We are well positioned to provide any solution for 2020 when low sulphur regulations commence,’ says spokesman.

AAG Corporate Advisory has been appointed as joint and several Liquidators for the purposes of winding up the affairs of Krisenergy Marine.