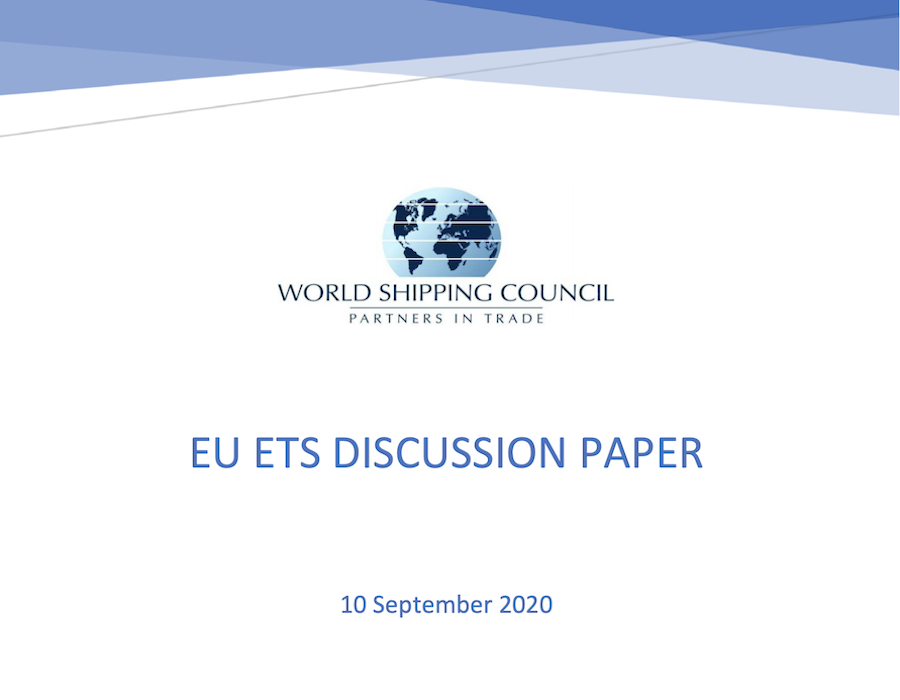 The EU ETS has been described as a “regional” system, but bringing international shipping into that system using the MRV scope would regulate the operation of ships on several of the world’s seas and oceans, including on the high seas and in waters adjacent to non-EU nations, it explained.

“This question of the geographic scope of any ETS system for shipping must be addressed before the European Commission can turn to the many technical details that would be involved in creating such a system,” said said WSC President and CEO John Butler.

“If the current MRV geographic scope is used, a majority of the emissions covered by the system would occur outside EU waters.

“The cargo concerned is not just EU imports and exports; it is also the imports and exports of the EU’s trading partners. This will create trade tensions and raise legal and diplomatic concerns about the geographic reach of a unilaterally imposed emissions charge.

“If the geographic scope is the same as the MRV GHG reporting regime, the system would also cover significant cargo volumes that are not part of EU trade at all, but are transshipped through EU ports.”

WSC notes that equally troubling, the international tensions and disruption caused by an EU ETS with extraterritorial effect would harm the prospects for a comprehensive global solution through the International Maritime Organisation.

“Ironically, far from galvanising efforts in the IMO to implement global measures to curb CO2 emissions, an EU ETS is more likely to prevent a global solution. It is unlikely that a government that has set up its own revenue-generating emissions system will dismantle it in favour of a global one,” explained Butler.

“The EU wants to lead the effort to decarbonise shipping, and that leadership needs to be channelled through the IMO, which is the only place where a global solution can be reached.”

Manifold Times checks with industry players on how the recent sharp fall in crude oil prices have affected each node along the marine fuels supply chain in Singapore.

Swiss-based instrumentation and process automation firm celebrates 30 years of Service, Quality & Trust in Singapore from 1989 to 2019.