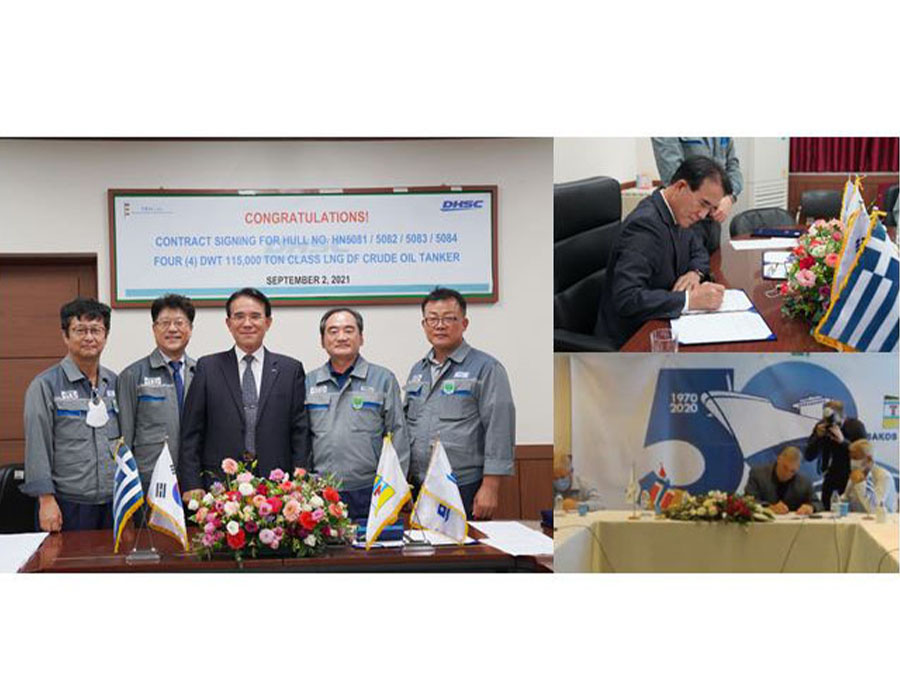 The signing ceremony held on 2 September was significant to the company as the deal was put on hold for about four months due to the high cost of steel materials that nearly doubled compared to last year.

The order amounting to about 500 billion won (USD 417 million) is considered the largest scale since the founding of Daehan Shipbuilding.

The ordered vessels will be able to use both liquefied natural gas (LNG) and traditional bunker fuels during operations.

The company has completed its technology development for LNG-powered ships in 2018, and recently acquired an Approval in Principle (AiP) for LNG bunkering ships and small liquefied petroleum gas (LPG) carriers, and plans to develop eco-friendly ship technologies  through cooperation with LR and ABS to develop ammonia ships, it says.

“This order for Daehan Shipbuilding is the fruit of its efforts for eco-friendly ships, and proves that it has technology comparable to that of large shipyards. It is also expected to be a turning point for sustainable growth in the future,” says a Daehan Shipbuilding official.

Creditors to send in their names and addresses, with particulars of their debts and claims, to the Liquidators on or before 29 August, according to the Government Gazette.

Christine Loh explains why the Chinese mainland and Hong Kong should cooperate for a green maritime vision.

‘For the present, our conclusion is that the engine failure was directly caused by low oil pressure,’ it states.