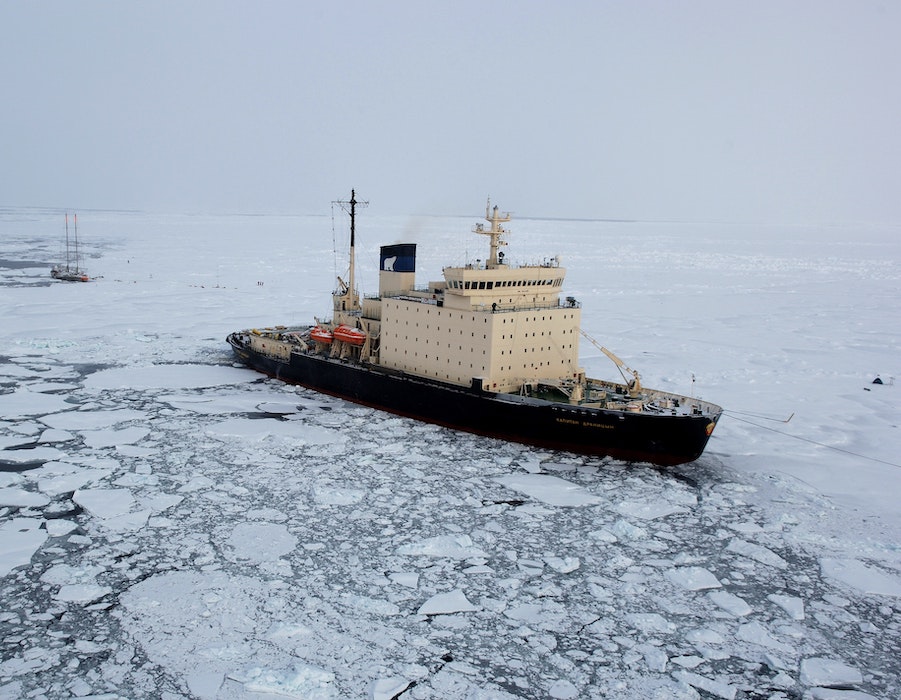 The Clean Arctic Alliance, a coalition made of non-profit organisations (NGO), on Monday (17 February) called on the International Maritime Organization (IMO) to agree to a new regulation banning the use and carriage of heavy fuel oil (HFO) as fuel by ships operating in Arctic waters during this week’s “Arctic IMO Summit” in London.

The week-long (17-21 February) meeting of the International Maritime Organization’s Sub-Committee on Pollution Prevention and Response (PPR7) – dubbed the Arctic IMO Summit due to the Arctic-related issues dominating the agenda – includes negotiations on measures to reduce risks of use and carriage of HFO as fuel by shipping in Arctic waters, and on the reduction of impacts of black carbon emissions from global shipping on the Arctic region.

“With the effects of the climate crisis already having significant impacts across the Arctic region and Arctic routes opening up to increasing ship traffic, IMO Member States must strongly support the introduction of a HFO ban this week,” said Clean Arctic Alliance Lead Advisor Dr Sian Prior.

“We are overdue action and any delays or exemptions to a ban will only prolong the threat of a HFO spill in the Arctic, putting communities, livelihoods and wildlife at risk, and the views of Indigenous groups and individuals must be taken into special consideration while developing the ban”.

“Canada’s announcement to support a HFO ban on Arctic shipping is very encouraging news ahead of the tough negotiations at the IMO this week”, said WWF Canada Senior Sustainable Shipping Specialist Andrew Dumbrille.

“By becoming the 7th of eight Arctic nations to back the ban, Canada is showing vision and leadership in creating a pathway for cleaner shipping in the Arctic – but it must now ensure that it does not put any obstacle in the way of putting the HFO ban in place as soon as possible.

Andrew Dumbrille commended Canada for working towards protecting the Arctic marine environment and ensuring communities have access to a clean ocean for food and culture – but the federal government now has the obligation to ensure any potential costs associated with banning HFO don’t impact people in Northern communities.

Dr Prior added that IMO must not entertain any arguments calling for a delay in the implementation of an Arctic ban on HFO.

“IMO Member States, in particular Arctic governments, must cooperate on the delivery of a ban as quickly as possible,” she concluded.

Already banned in Antarctic waters, if HFO is spilled in cold polar waters, it breaks down slowly, proving almost impossible to clean up. A HFO spill would have long-term devastating effects on Arctic indigenous communities, livelihoods and the marine ecosystems they depend upon.

Black carbon , a harmful air pollutant, is the product of incomplete combustion of organic fuels, and contributes from 7-21% of shipping’s climate warming impact. The largest sources of BC are fossil fuel, biomass and biofuel combustion. Ships emit more BC per unit of fuel consumed than other combustion sources due to the quality of the fuel used.

BC has human health impacts and is a potent climate forcer. When emitted in the Arctic, Black Carbon particles fall on snow, on glacier ice and sea ice, reducing their reflectivity (albedo) and increasing the absorption of heat. As multi-season sea ice recedes due to climate change, Arctic waters will open up to increased shipping – which could lead to increased Black Carbon emissions, fueling an already accelerating feedback loop.

Recent revelations suggesting that the use of some new low sulphur fuel oils with a high aromatic content, introduced to meet the IMO’s 2020 sulphur cap, could increase black carbon emissions, add to the urgency of such a switch. Switching to distillate fuels in the Arctic and the use of a diesel particulate filter will lead to black carbon reductions of over 99%. The Alliance is further requesting that the IMO support the development of a global rule prohibiting fuels with high black carbon emissions.

Until new regulations can be developed and enter into force, the Clean Arctic Alliance is proposing that IMO Member States agree a Resolution at MEPC 75 (March 31- April 3rd) calling on ship owners, charterers, fuel providers and other stakeholders to implement a switch to distillate in the Arctic on a voluntary basis.

There was no appetite for a prescriptive speed reduction regulation, says the UK Chamber of Shipping.

Nidec Industrial Solutions will supervise construction of the whole project over the next 10 years.