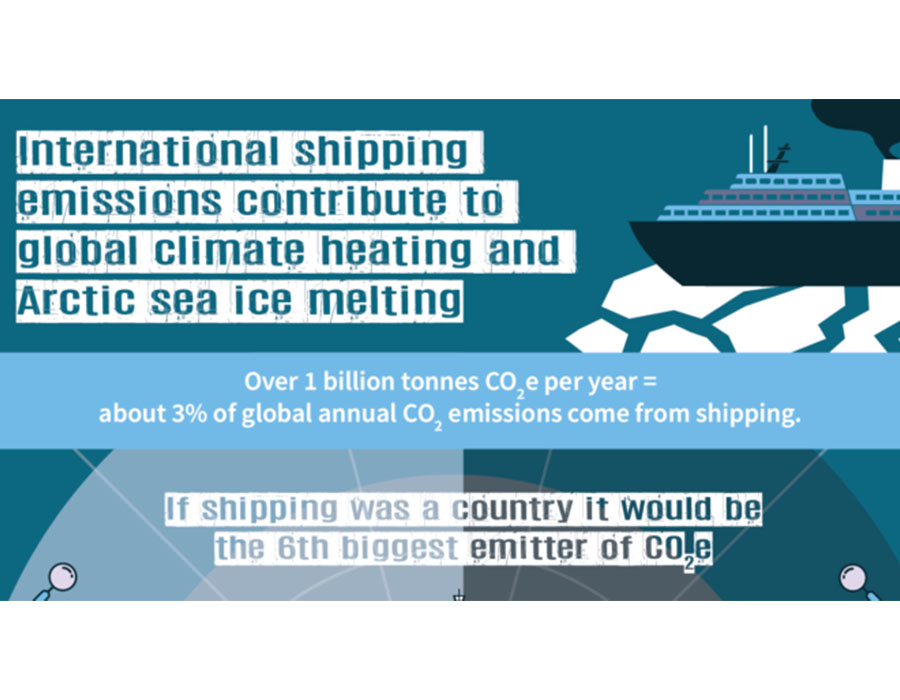 Civil society groups have lambasted the International Maritime Organization (IMO) for failing to take action on the Arctic climate crisis, after plans to reduce black carbon emissions from shipping in the Arctic were bumped off the agenda of its Marine Environment Protection Committee meeting (MEPC 76), according to the Clean Arctic Alliance.

“During MEPC 76, the IMO and its Member States failed to carve out the time urgently needed to develop the rapid action necessary to reduce rising Arctic emissions of a potent climate forcer – black carbon from shipping”, said Dr Sian Prior, Lead Advisor to the Clean Arctic Alliance.

Black carbon, which is produced when ships burn oil-based fuels including heavy fuels, has a disproportionate impact in the Arctic, and causes increased melt when it settles out of the atmosphere onto snow and ice.

“As if this lack of action on black carbon was not enough bad news for the Arctic region, the package of ‘short-term energy efficiency measures’ to reduce greenhouse gas emissions agreed on by IMO Member States at MEPC 76 is as good as useless,” said John Maggs, Senior Policy Advisor, Seas at Risk.

“The measure contains no enforcement mechanism and the level of ambition, a 1.5% annual improvement, was deliberately calibrated to be the same as what has happened historically and in the absence of regulation. The IMO must ensure a 7% annual improvement in efficiency to bring ship emissions down to a level consistent with the Paris Agreement’s temperature goals.”

“If the global shipping industry was a country, it would be the world’s sixth biggest emitter of greenhouse gases. Yet as governments publish their Nationally Determined Contributions (NDCs) ahead of November’s COP26, the International Maritime Organization, shipping’s governing body has adopted measures that will do little or nothing to address how the climate crisis is causing chaos – in the Arctic, for small island states, and around the world,” added Maggs.

During the meeting, the IMO also adopted a ban on the use and carriage of heavy fuel oil in Arctic waters; however, this ban has already been criticised by the Clean Arctic Alliance as so weak that it will be another eight years before it has any real impact and for “endorsing continued arctic pollution”, due to it being ridden with loopholes.

“An ambitious package of short-term measures to address emissions of CO2 is vital to slow-down and even reverse the climate changes being experienced by communities and wildlife in the Arctic. This week was the IMO’s last chance before the COP26 in Glasgow convenes to show that its deliberations and decisions on the climate impacts from shipping – CO2 and black carbon – have any relevance to meeting the goals of the Paris Agreement,” said Prior.

“Despite this, the IMO has abdicated its responsibilities by blowing its last chance to take meaningful and appropriate climate action ahead of COP26. To counter the weak regulations on greenhouse gases and heavy fuel oil adopted this week it is now necessary that the IMO put in place strict, ambitious plans to limit black carbon emissions – proportional to the scale of the climate crisis, and it must do this at the next opportunity – MEPC 77, which overlaps with COP26 in November”, she continued.

“Due to the IMO and its Members’ complete failure to show leadership in addressing the Arctic meltdown, we plan to take up the issue of the impact of Arctic shipping with bodies that are more willing and able to take urgent action to address climate crisis in the region, such as the Convention on Long-Range Transport of Air Pollution, the Arctic Council and other regional organisations. Not only has the IMO failed the Arctic and its people, but they are failing the planet and each and every one of us,” concluded Prior.

To add to its appalling litany of failures, the IMO also failed to address impacts on the Arctic from the discharge of wastewater from the use of scrubbers used to clean up ships’ exhausts during MEPC 76. Both black carbon and scrubbers have been deferred to MEPC 77, due to take place in November 2021.

Note: Manifold Times’s coverage of MEPC 76 with timeframe ranging from the start of the meeting to the current date of publication can be found below: