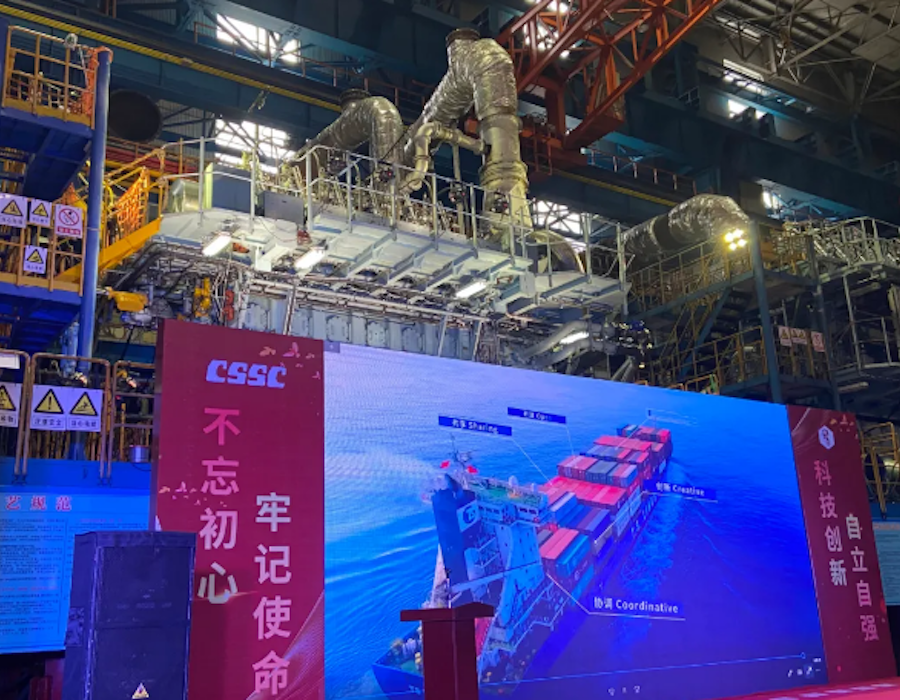 Compared to diesel engines, its carbon emissions are reduced by more than 20% and it is China’s first 5000-kilowatt marine low-speed dual-fuel engine developed in accordance with international standards. The team took five years from the design stage to delivery of the engine.

They also managed to resolve a number of technical problems, including dynamic oxygen concentration. CSSC said the control technology is the first application in the world, increasing the power of this model by 4% and significantly reducing the fuel/gas consumption rate.

For the first time, CX40DF’s electronic control system, turbocharger, oil mist detector and other core components were independently produced, with 80% of its parts produced locally.

Previously, low-speed engine components were supplied by international brands which meant that more than 10% of its sales price would go towards patent fees.

CX40DF’s successful delivery is a milestone in China’s maritime industry where it is becoming increasingly independent even for high-end technology.

The Singapore-flagged bunker vessel with a carrying capacity of 18,000 m3 would be firm’s second LNG bunkering vessel; vessel would be under long-term time charter to FueLNG.

Singapore bunker volume down by 4.3% on year but biofuel sales surpasses LNG

Bunker sales in 2022 included about 140,000 tonnes of biofuel blends over more than 90 biofuel bunkering operations, surpassing the 16,000 tonnes in LNG bunker sales.