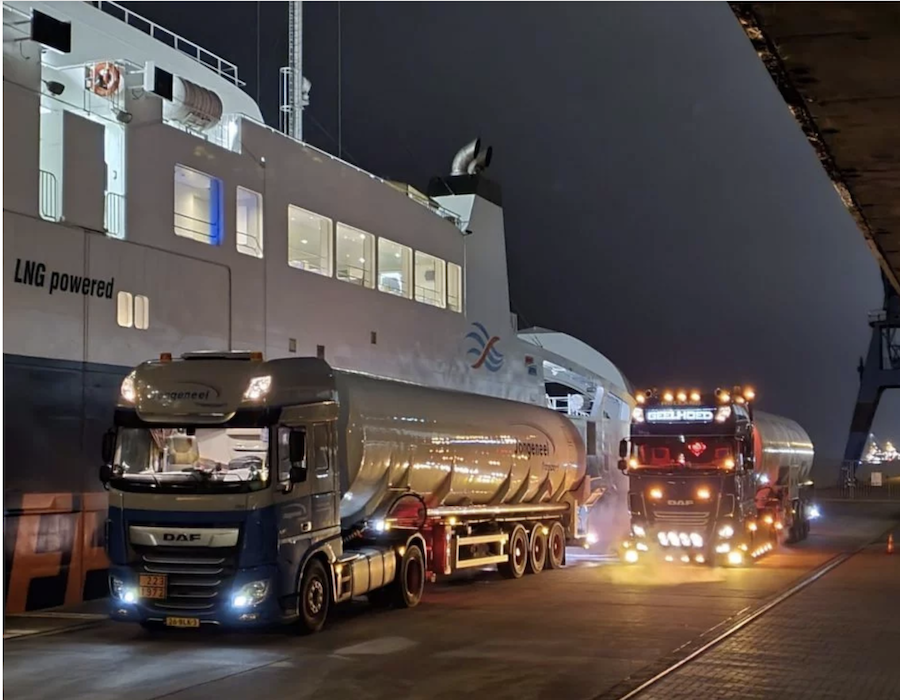 This means that up to 90 % less nitrogen oxides and 20% less CO₂ will be emitted on Elbferry’s operations when sailing between the two major ports of Brunsbüttel and Cuxhaven along the Elbe river.

Newbuild ferry GREENFERRY 1, which commutes several times a day along this route, closes an important connection gap along the North Sea coast and makes it possible to cross the Elbe in less than an hour’s journey.

This not only shortens the driving time for trucks along the North Sea coast, but also significantly reduces emissions from the transport of goods and people on the roads. The vessel was previously in service in Norway.

“With the establishment of the LNG supply by LIQUIND Marine and GasCom and the regular LNG bunkering, we can put our commitment to progressive, environmentally friendly technologies into practice,” said Christian Strahlmann Managing Director of Elbferry.

“At the same time, this is in line with our ambitions to establish a long-term ferry connection between Brunsbüttel and Cuxhaven.”

Strahlmann also welcomed the flexibility in the bunkering service as the ferry can be supplied on both sides of the route, depending on requirements. The LNG will be delivered by several trucks per week and unloading takes place in less than an hour per truck using special parallel unloading equipment.

“We are pleased about the trust that Elbferry has placed in us and, based on the experience of the first few weeks, we see substantial potential for long-term cooperation in supplying the ferry,” said the Managing Directors of both supply companies- Norbert Scholz (GasCom) and Christian Schneider (LIQUIND Marine).

“As the market leader in the development of LNG supply infrastructure for trucks and ships in Germany, both companies have extensive experience in setting up efficient and safe supply chains.” 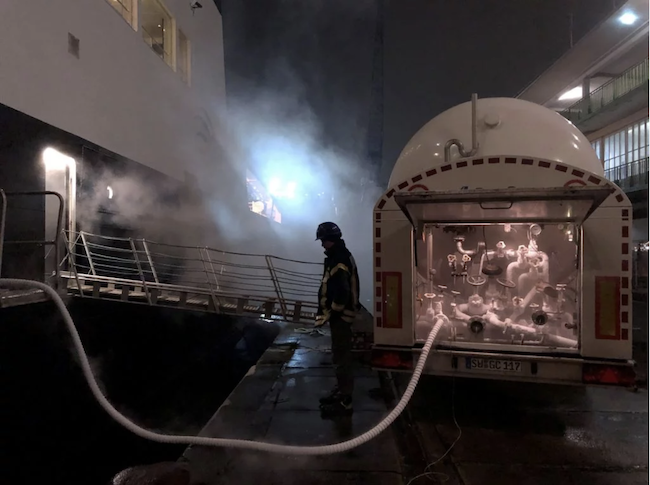 Québec Transport Ministry paying up to $3 million for reduced or avoided GHG emissions under program.

This year will see the first LNG-fuelled cruise ships come into service, and there are many more on order.

Newbuilding will be built by the Dutch shipyard Damen Group and delivered in September 2020.