Bureau Veritas sheds light on myths and expectations regarding VLSFO 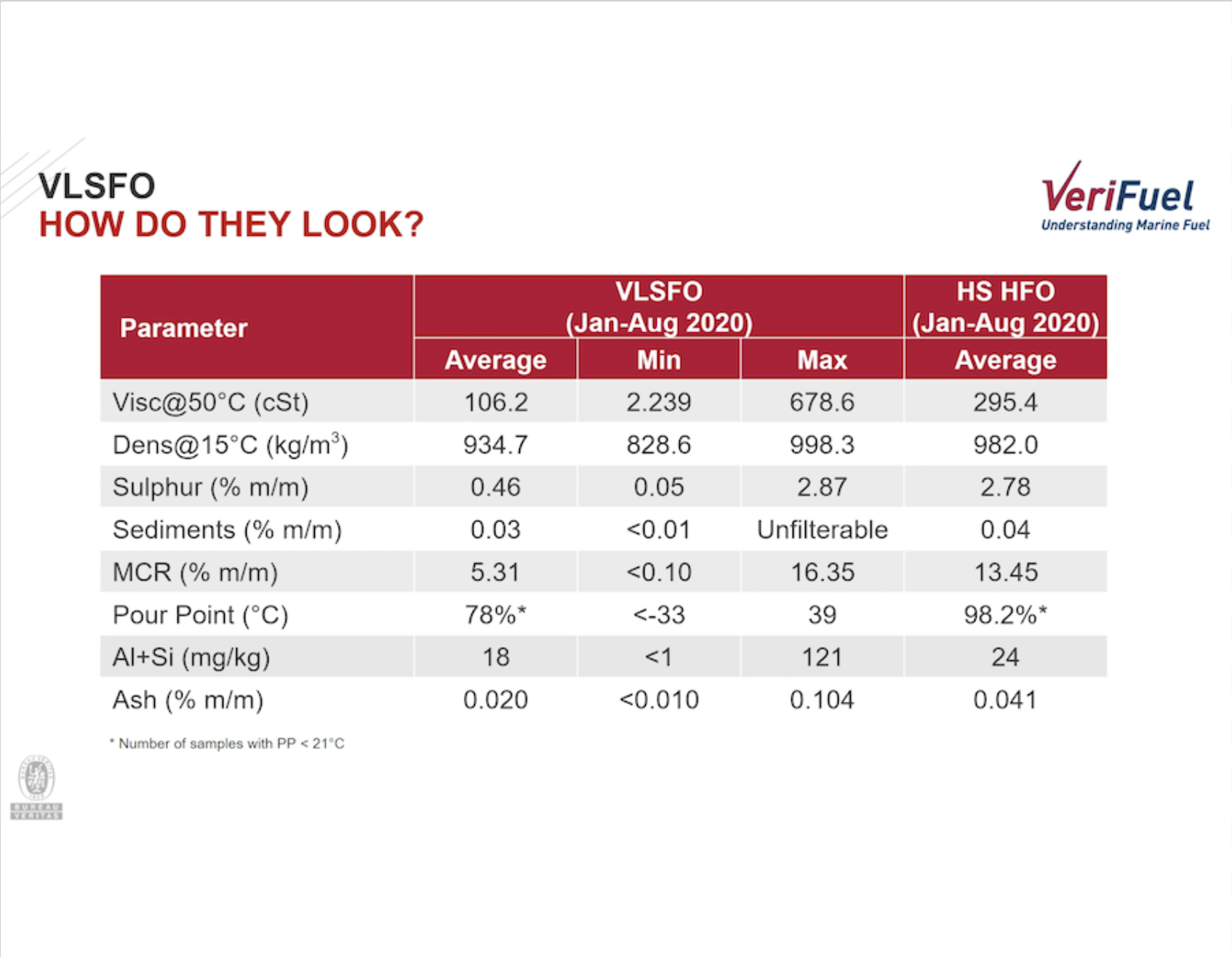 The first of the myths is that vessels would experience problems because the VLSFOs are blended fuels, to which Røjgaard stated that RMG 380 – the fuel of choice for many operators – has always been a blended fuel.

“(Before 2020) It was also expected that there would be two graphical variations (in VLSFO): a larger variation in viscosities and other fuels will be more paraffinic in nature,” said Røjgaard.

Røjgaard showed Bureau Veritas data indicated that there are more paraffinic fuels in the VLSFO group than in the high-sulphur fuels (HSFO) group, she also notes that not all VLSFO’s are paraffinic.

“Paraffins, by the way, have a high energy content and burns, very well,” noted Røjgaard. 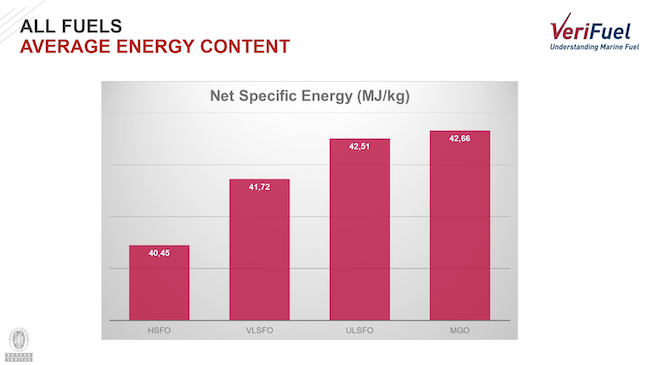 “Looking at the average net specific energy for the various fuel types, it’s clear that the VLSFOs have a 3% higher energy content than the HSFO, further supporting the more paraffinic nature of some of these VLSFOs.

“This is something to further consider when evaluating the price you pay per energy content, rather than only looking at the price per metric tons.”

Another myth that circulated prior to 2020, is that catalytic fines (cat fines) would be a big problem for the VLSFOs, added Røjgaard.

Regarding the myth of cat fines, Røjgaard states that when Bureau Veritas investigates into such cases, it has been found that it is usually operational issues that are the culprit.

“For example, cat fines, coming from poor or inadequate tank cleaning, mixing tank bottoms into the fuel system, potentially combined with rough weather, oil application where cylinder oil base number and feed rate has not been adjusted according to the fuel sulphur content as per engine maker requirements,” she says.

“We find with lower viscosity and lower density among VLSFO, it is easier to remove cat fines.”

Røjgaard noted that Bureau Veritas has observed that preparing ahead before bunkering VLSFO is key to avoid getting cat fines into the system.

“We have seen some unstable fuels in early 2020, where the supply industry adapted to the new environment, so there have been teething issues, as we predicted there would be,” concluded Røjgaard.

“History has shown us that there always is a transition period, but I believe the transition has been relatively smooth, with fewer difficulties than some predicted there would be last year.”

The Standard Club advises members with ships fitted with scrubbers and calling at the Port of Karachi to take note of the attached circular and comply with local regulations.

‘It is ironic therefore that decarbonization can be left up to a ship that is out of sight and out of the reach of many regulators,’ says Scorpio Bulkers COO.