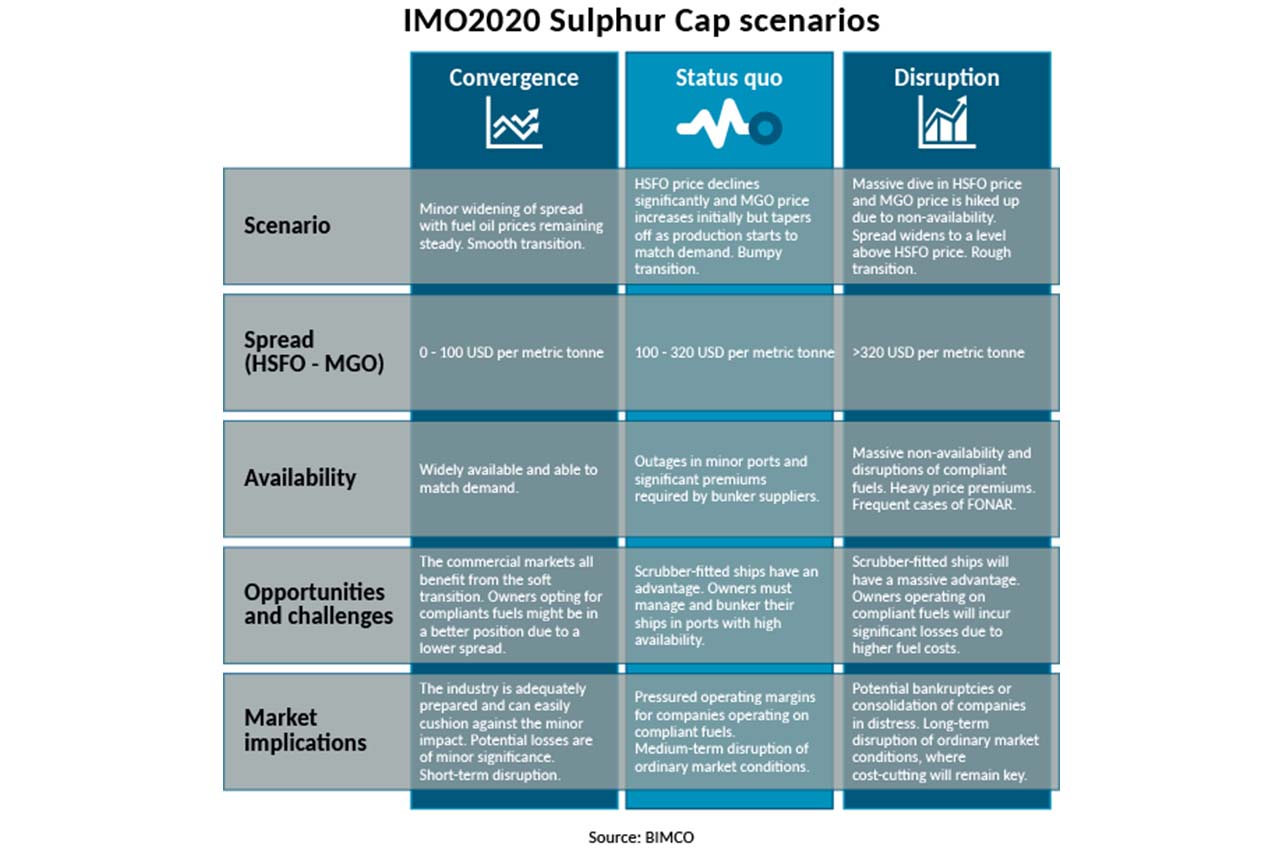 A BIMCO report published by its Chief Shipping Analyst on Thursday (7 November) has produced an outlook for scenarios to be encountered by the shipping industry heading into IMO 2020 – on the back of uncertainly from the bunkering sector.

The HSFO-MGO LS price spread has, in some ports, widened to levels exceeding the actual price for HSFO.

“The massive uncertainty in the market is clearly interfering with the usual pricing mechanisms. BIMCO reckons, that it is no longer fundamentals driving the market, but rather a market dictated by uncertainty, speculation and general fear of where the bunker market is heading,” he writes.

“A market no longer operating by fundamentals will be hard to forecast. Instead, we can construct potential scenarios, but even then, reality rarely conform to our assumptions.”
Sand, meanwhile, notes that while shipowners are ready for the upcoming sulphur regulation, the bunker market is not.

“Availability will vary significantly between ports and adequate supply in main bunkering hubs may not be enough to cushion the blow from IMO2020. Conversely, others are expecting less disruption from the new regulation and expects to continue onward with business unhindered,” he said.

“No matter the outcome, IMO2020 will surely mark a period of change, both on the regulatory and operational side.”

The original BIMCO report can be viewed here.

‘We believe that it is essential to segregate transparently the burden of fuel costs,’ it says in release.

Other suppliers such as Spanish refiner Cepsa forecasting higher price premium of $300/t differential in 2020.

Aims to add methyl, ethyl alcohol to a code on safety for ships using gas or low flashpoint fuels.

Cost of each scrubber, including installation, will be approximately $2 million, says drybulk player.