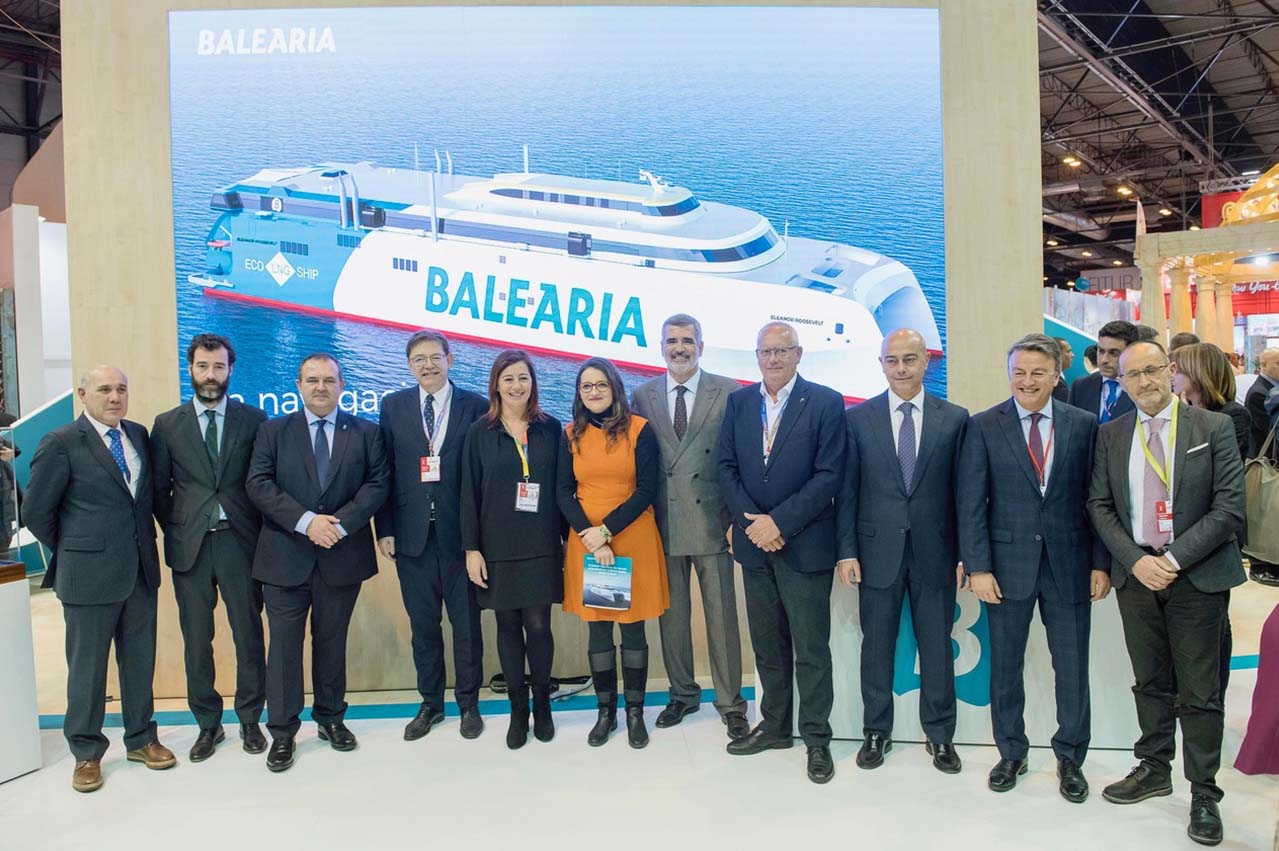 Finnish firm Wärtsilä supplied the engines and propulsion system, as well as the gas plant of the vessel, while Marintek was in charge of testing.

“The construction of this new fast ferry is a pioneering project worldwide, which we have led together with Armon shipyards, and in which we have had outstanding international partners, such as Wärstilä, Incat Crowther and Marintek,” said Adolfo Utor, the President of Baleària.

“This project will make it possible to reclaim the Spanish shipbuilding industry worldwide, as well as generate 300 jobs in Asturias in two years,” said the CEO of Armon, Laudelino Alperi.

In the same vein, the general director of the Merchant Navy, Benito Núñez, said the construction of the Hypatia de Alejandría “is very significant because it is a bet on the Spanish shipping industry”.

Finally, the president of the Generalitat Valenciana, Ximo Puig, highlighted construction of the new ship “is very good news”.

“Baleària has always contributed to the cohesion between the Comunitat Valenciana and the Balearic Islands through the Mediterranean and now with this project, it also allows us to create links with Asturias,” he noted.

Moving forward, Baleària says it has started a two-year European Union subsidised project to retrofit six of its ships for LNG propulsion.

‘Sing Fuels is a rapidly growing organisation with big ambitions and I am here to be part of the journey and help in driving the organisation forward,’ says Prasoon.

Titan LNG said it has identified the Western Scheldt as a strategic location for LNG bunkering and its application has been approved by the relevant authorities.